The commissioners voted 3-2 to extend the order. 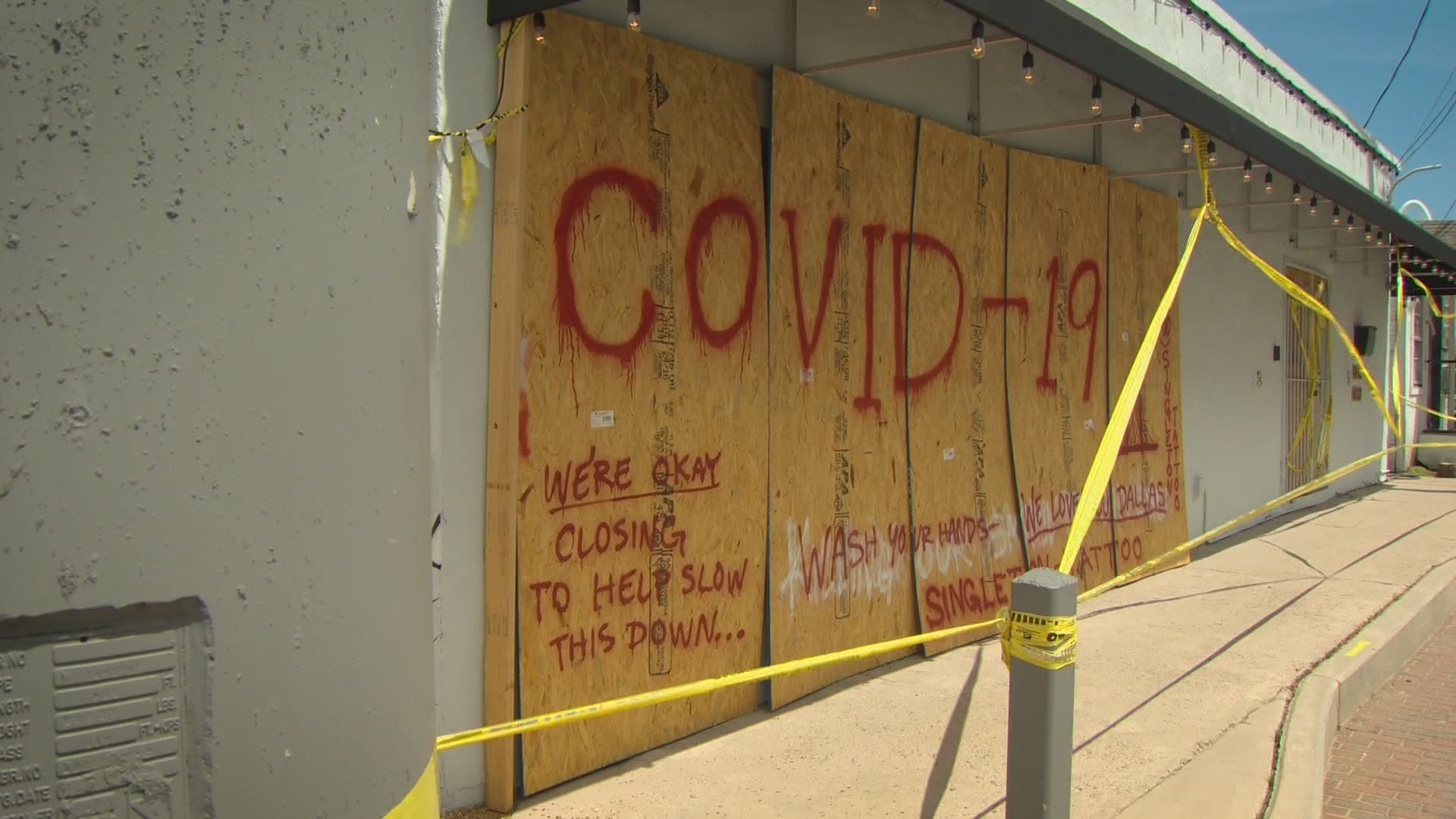 DALLAS — Dallas County commissioners voted Tuesday to extend the stay-at-home order through May 15 in response to the coronavirus pandemic.

The Tuesday afternoon vote was 3-2. Commissioners J.J. Koch and John Wiley Price voted no on the measure.

Previously, the stay-at-home order was set to end on April 30.

During a press briefing on Tuesday, Governor Greg Abbott said, “We know that Texans really want to get back to work. It’s kind of part of the Texas DNA.”

The governor’s plan for other businesses fell short on details during his press briefing. However, Abbott said he will announce next steps to reopen the economy Monday, April 27.

Some leaders in Dallas County don’t want to wait.

There was a heated discussion as commissioners debated and interrogated health experts on their rationale in delaying the opening of certain businesses.

”I’m talking about people and survival,” Price told the group.

Price explained, “You don’t want to talk about things that are very fundamental, in terms of trying to open communities that are the most hardest hit. Most severely economically impacted in terms of this community.”

A committee of doctors is telling Dallas County leaders it doesn’t recommend opening up salons immediately. They, along with County Judge Clay Jenkins, believe the process needs to be slow and well-planned.

”We don’t disagree with the need and the urgency,” said Infectious Disease Specialist Dr. Trish Perl. “We’re just trying to put it in context.”

Smaller counties with fewer cases of COVID-19 in comparison with metropolitan areas were hoping to get their citizens back to work sooner.

RELATED: Parker County judge urges governor to allow more local control as he hopes to get his county back to work

Dallas County is the second-most populated in the state and has recorded the second most COVID-19 cases, behind Harris County.

Dallas County was among the first counties to issue a stay-at-home order. The county is one of the largest counties in the state that has implemented requirements for face coverings while conducting essential business, like grocery shopping or going to the bank.

As of Monday, the county had confirmed more than 2,600 positive COVID-19 cases and 64 deaths.

Dallas County officials first declared a local disaster on March 12 in response to the COVID-19 pandemic that has swept the world and has infected more than 1,500 people so far in North Texas. The declaration was extended through May 20.

Medical experts believe opening some businesses too soon could start a new wave of community infection of COVID-19.