“It has all the mutations that make the UK variant spread faster,” Texas A&M virologist Dr. Ben Neuman said. 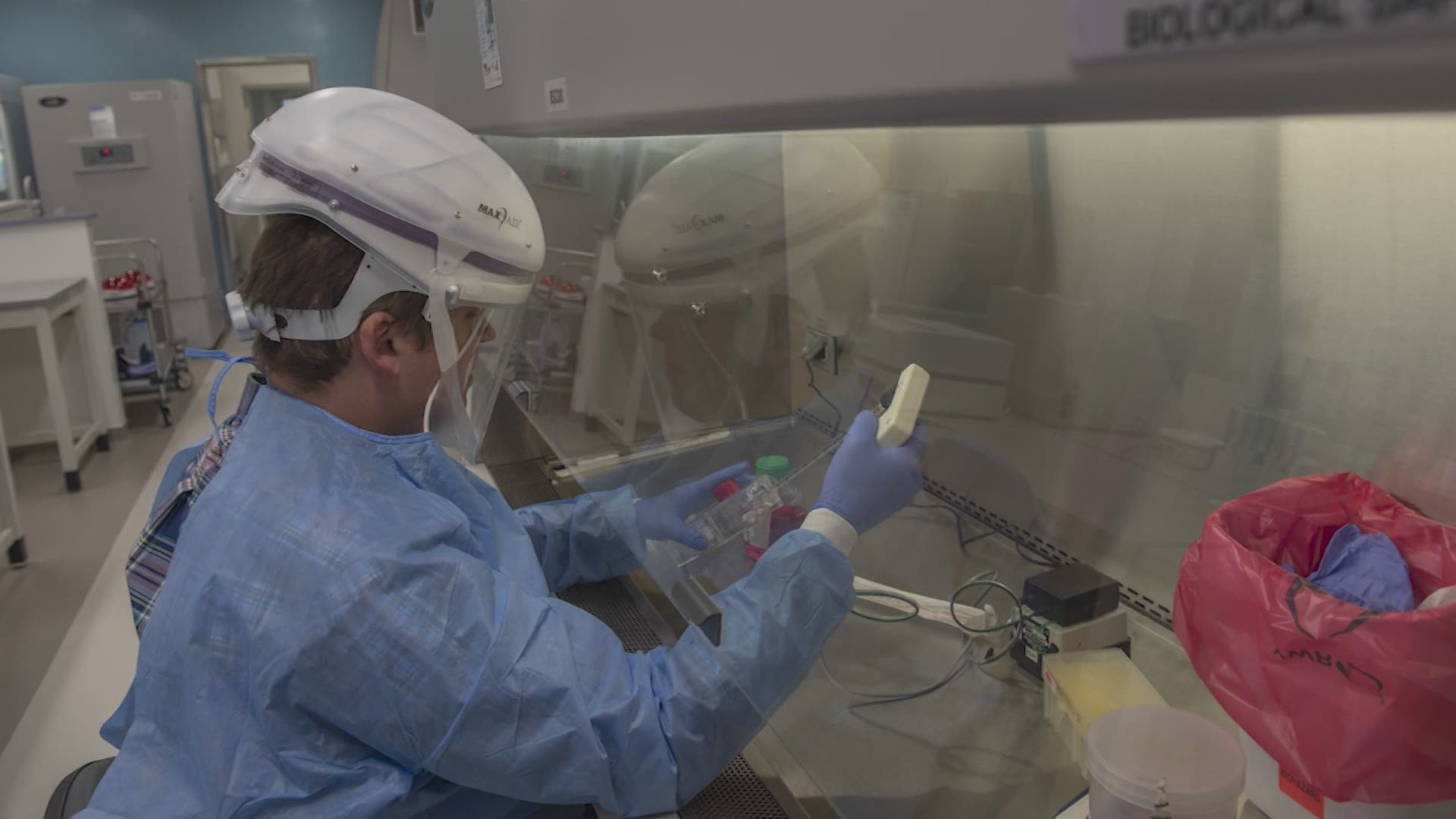 The newly discovered variant is called BV-1. “BV” stands for “Brazos Valley,” the seven-county region of Texas where the university is located. Researchers believe BV-1 is related to the variant first found in the United Kingdom.

“It has all the mutations that make the U.K. variant spread faster,” Texas A&M virologist Dr. Ben Neuman said. “And it has an extra mutation that makes other variants resistant to therapies and resistant to vaccination.”

Neuman said they chose 93 random positive COVID-19 cases at A&M. Of those, they found one case of BV-1 in a female student.

Her saliva sample tested positive for BV-1 on March 5. The student later provided a second sample that tested positive on March 25, “indicating the variant may cause a longer lasting infection than is typical of COVID-19 for adults ages 18-24,” the university said in a statement.

“She had a longer than normal case of COVID, but it was not severe,” Neuman said.

Medical experts admit there is still a lot to learn about BV-1, including how effective existing vaccines will be against fighting it.

However, doctors are still encouraging people to get the shot.

“There’s definitely a benefit to getting vaccinated and to building our memory against coronaviruses in general,” Dr. Seth Sullivan said.

Sullivan is an infectious disease physician at Baylor Scott & White Health in College Station. He is also the Brazos County Health Authority.

RELATED: Some North Texas counties have plenty of vaccines, and not enough arms to put them in

Doctors believe they caught this variant early. But there is still so much to learn about it.

“How well does the vaccine work? Is this going to be a really competitive variant? Does it out compete some of the other ones? Is this one going to spread on its own? But in six months, the answers won’t matter as much because the virus will be completely out of the bag if we don’t stop it at this point,” Dr. Neuman said.