Tuesday marks the highest single-day tally of deaths in Dallas County from the novel coronavirus during the pandemic. 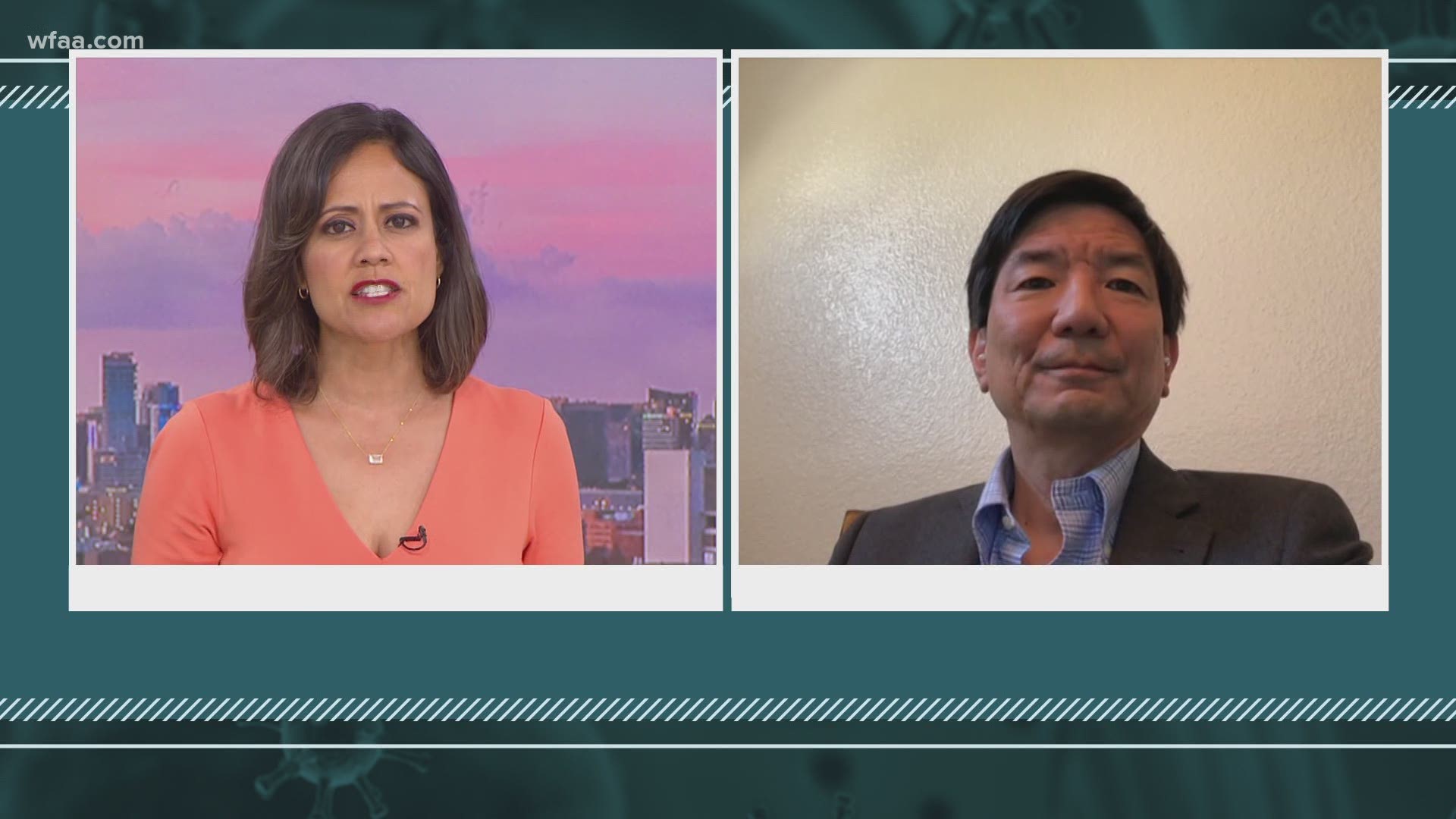 A Dallas resident in his 50s who was found dead in his home is among the 14 new coronavirus-related deaths reported Tuesday, health officials said.

It's the highest single-day tally of deaths from the novel coronavirus during the pandemic.

As of Tuesday, the county has tallied 7,904 coronavirus cases since testing began in March. There have been 191 deaths.

Tarrant County reported 84 new COVID-19 cases and seven new deaths. More than 4,600 cases of the disease have been counted in the county since testing began.

Statewide, there have been 1,347 deaths from COVID-19. Health officials have tallied 48,693 cases since testing began.

An estimated 19,000 cases of the novel coronavirus across the state are active, according to Texas public health figures.

Gov. Greg Abbott said he expects cases to continue to increase as the state expands testing. He said the percentage of people tested who have the disease has been declining, prompting him to allow the phased reopening of businesses across the state.

Abbott announced Monday that bars can reopen at 25% occupancy on Friday, and restaurants can expand to 50% capacity.

The governor also said that day care businesses can reopen immediately. Summer programs and summer school can resume in June.

Dallas Mayor Eric Johnson said coronavirus cases in the city appear to be plateauing after increases in the last few weeks.

"We are hoping they are plateauing which hopefully means they will be going down soon," Johnson told ABC on Tuesday.

The mayor said it's important to increase contact tracing to track the spread of the novel coronavirus.

He said city leaders are working to reopen the local economy safely.

"My focus is making sure that my residents know that we are not out of the woods yet. We have to continue to wear masks in public," Johnson said. "And probably most importantly we want our vulnerable populations and anyone who is experiencing any symptoms to know that just because the economy is reopening does not mean you have to rush back into going to restaurants and things."

Top updates for Tuesday, May 19:

Now that Gov. Abbott has given daycare centers the green light to open back up, the Texas Workforce Commission announced Tuesday that it will start to phase out its subsidized childcare for essential workers.

Essential workers who have yet to apply for subsidized childcare have until May 20 to do so.

JPS Health Network announced Tuesday that it will reopen its Urgent Care Center in its usual location on the first floor of the Main Hospital Building. Surgeons will resume performing non-emergency surgeries and procedures as soon as Tuesday.

On June 1, other community health clinics in the network will start a phased reopening, according to a Tuesday news release. Phase I will include only low-risk patients who have been thoroughly screened and who have no evidence of chronic lung disease. The only procedures that are being done are ones that require 120 minutes or less in the operating room and that do not require an inpatient stay after the procedure. Only 110 operations will be performed a week as a part of Phase 1, the news release said.

Phase II would include more complicated procedure and Phase III would be a full reopening, according to the news release.

Health officials said Tuesday that 14 more people have died from the novel coronavirus in Dallas County, bringing the total number of deaths to 191.

Among the deaths is a man in his 50s who was found dead inside his home.

County officials reported there were 225 new COVID-19 cases. There have been 7,904 cases tallied since testing began in March.

The other deaths reported Tuesday are:

Fort Worth Zoo, Dallas Zoo both to reopen May 29

The Fort Worth Zoo and Dallas Zoo both announced Tuesday that they will reopen their doors to the public on May 29 with health and safety measures in place.

Both zoos are requiring guests to get tickets online in advance. Both zoos will have signage to remind guests of handwashing, wearing masks and social distancing. Both zoos will clean bathrooms and high-touch areas like handrails, viewing glass and door handles.

Both zoos will close indoor exhibits, per the state's guidelines.

At the Fort Worth Zoo, guests must make online reservations prior to their visit.

The zoo will also close indoor exhibits, limit capacity at restaurants and stores to 25%, increase handwashing stations and increase the cleaning of frequently touched surfaces throughout the zoo.

There will be extended summer hours from 9 a.m. to 5 p.m. Monday through Friday and 9 a.m. to 6 p.m. on Saturdays and Sundays.

“We’re excited to welcome families back to the Zoo, to give them the opportunity to get outside and reconnect with wildlife,” said Michael Fouraker, the Zoo’s executive director. “We have made a number of changes and improvements that will allow us to make a safe start on this new season.”

The Dallas Zoo will reopen May 29. Guests must pay for parking online in advance, along with purchasing tickets and making reservations online.

Every person visiting the zoo over the age of 2 is required to wear a face mask because of the city's policy for city facilities, including the zoo.

There will also be more hand sanitizing stations throughout the zoo.

The zoo also laid out one-way only paths to allow for appropriate social distancing.

RELATED: Dallas, Fort Worth zoos to reopen May 29

Officials with the UIL, the governing body of high school sports in Texas, said in a statement Tuesday that a plan is in the works to allow student athletes to start strength training and conditioning as soon as June 8.

This plan could also apply to marching band activities if the measure is approved.

The move is in response to the governor's latest announcement allowing summer programs and summer school to open in June.

Twelve additional cases were reported by county health officials Tuesday, bringing the total number of cases to 161 since the outbreak began.

There have been 103 reported recoveries and four deaths in Johnson County.

Fort Worth-based Pier 1 to 'wind down' the retail company

Fort Worth-based Pier 1 filed a motion Tuesday seeking to wind-down the company's retail operations as part of its bankruptcy proceedings.

The retailer filed for Chapter 11 bankruptcy in February, about a month after announcing it was closing 450 stores nationwide. The company said the wind-down is necessary in part due to the coronavirus pandemic.

The announcement comes as other retailers have filed for bankruptcy and closed stores, including Dallas-based Neiman Marcus and Plano-based J.C. Penney.

As part of the wind-down, Pier 1 plans to sell "its inventory and remaining assets, including its intellectual property and e-commerce business," the retailer announced Tuesday.

Because of the challenges the company already faced, combined with the "uncertainty of a post-COVID world," the retailer said the wind-down is the best way to "maximize the value of Pier 1's assets."

Health Check: Are hotels required to disclose if frontline workers are staying there? 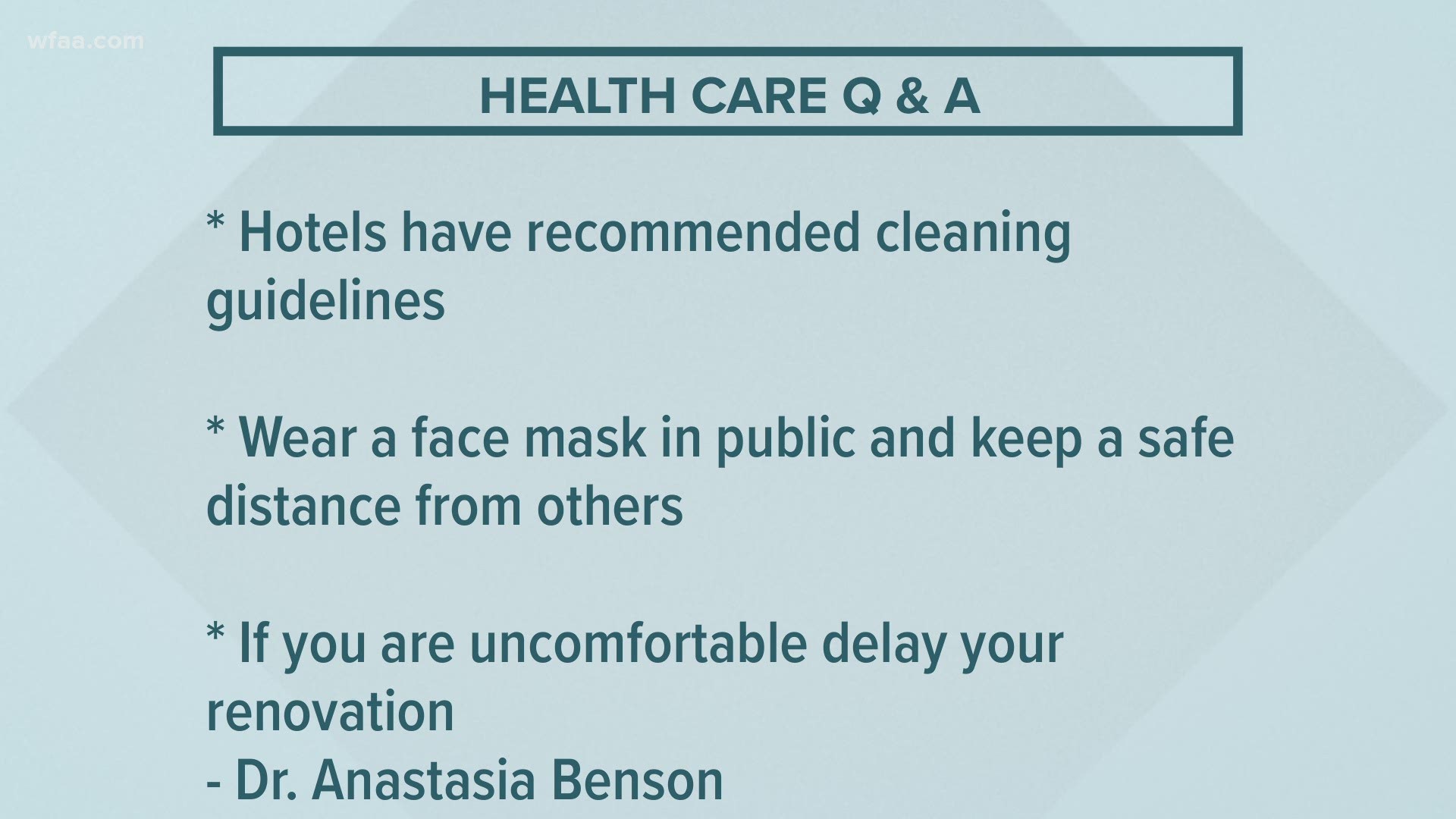