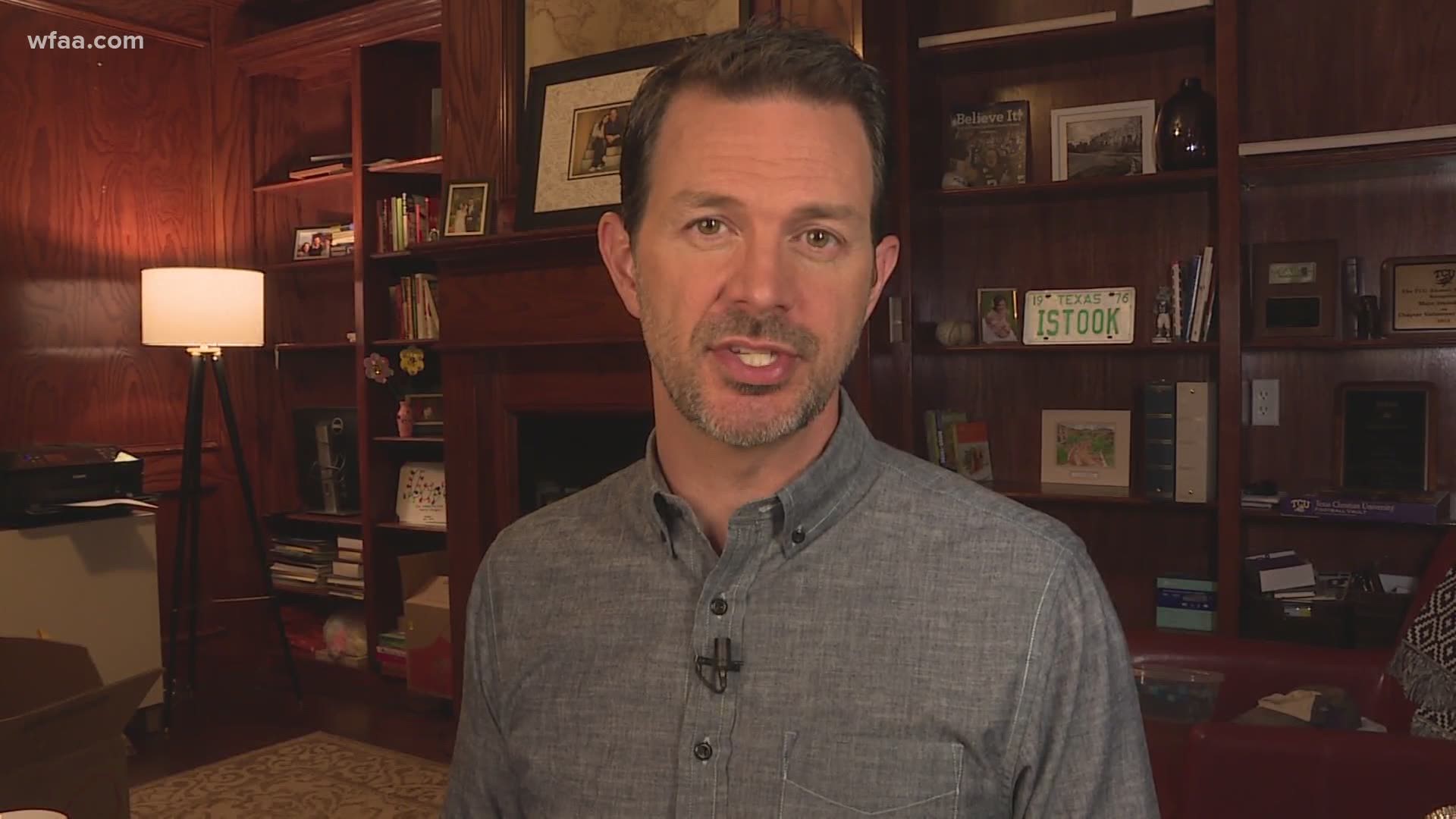 As of Friday, Texas has tallied more coronavirus cases than New York.

New York was once the hotspot for COVID-19 in the United States. Texas, Florida and California have surpassed New York's total.

Harris County has reported the most cases in the state, followed by Dallas County with more than 49,000 total cases.

The youngest was a man in his 30s from Haltom City. Health officials said most of the recent deaths were of people who had underlying health conditions.

Dallas County health officials said on Friday more than 2,050 children under 18 have tested positive for the coronavirus since July 1. That number was around 1,800 on Thursday.

In July, 52 children have been hospitalized with the disease.

In Dallas County, emergency room visits for coronavirus-like symptoms continue to be high, health officials said, accounting for 22% of visits in a 24-hour period ending July 30.

Dallas County Judge Clay Jenkins said daily case totals have dropped since more than two weeks of 1,000 daily cases earlier in July, but new cases remain about four times than when reopening began in May.

Since tracking began in March, 381 people have died from COVID-19 in Tarrant County, according to health officials.

There have been 28,410 total cases tallied since March. Health officials say that more than 14,000 people have recovered from the disease.

There have been 671 confirmed coronavirus deaths since tracking began in March, and 49,976 total cases.

A majority of the people who have died have had underlying conditions, health officials have said.

A man in his 70s who was a resident of Avalon Memory Care in Carrollton is the latest casualty of the disease in Denton County, officials said.

Friday will be the last day crews conduct COVID-19 testing at the University of Dallas.

The drive-thru testing site will relocate Monday to Eastfield College at 3737 Motley Drive in Mesquite.

Testing will be conducted from 7 a.m. to 1 p.m. Monday through Saturday. Dallas County officials say there will be a 500 test limit each day.

The testing site is only open to Dallas County or City of Dallas residents, who must have proof of residency.

The entrance to the testing site will be off of La Prada Drive, and testing tents will be located on Parking Lot 8.

Individuals could expect to receive their results in 2 to 3 days, according to Dallas County officials.

RELATED: How to get swab or antibody coronavirus test in Dallas-Fort Worth

Free masks were also handed out during the testing blitz. The college and its partners ordered 2,000 masks for community members.

We tested 2,321 people for #COVID19 at Paul Quinn College during our 5-day testing blitz, which ended Wednesday. Thank you to all who made it possible. @PaulQuinnTigers