Eleven out of the state's 22 hospital regions are above the 15% threshold of occupancy. 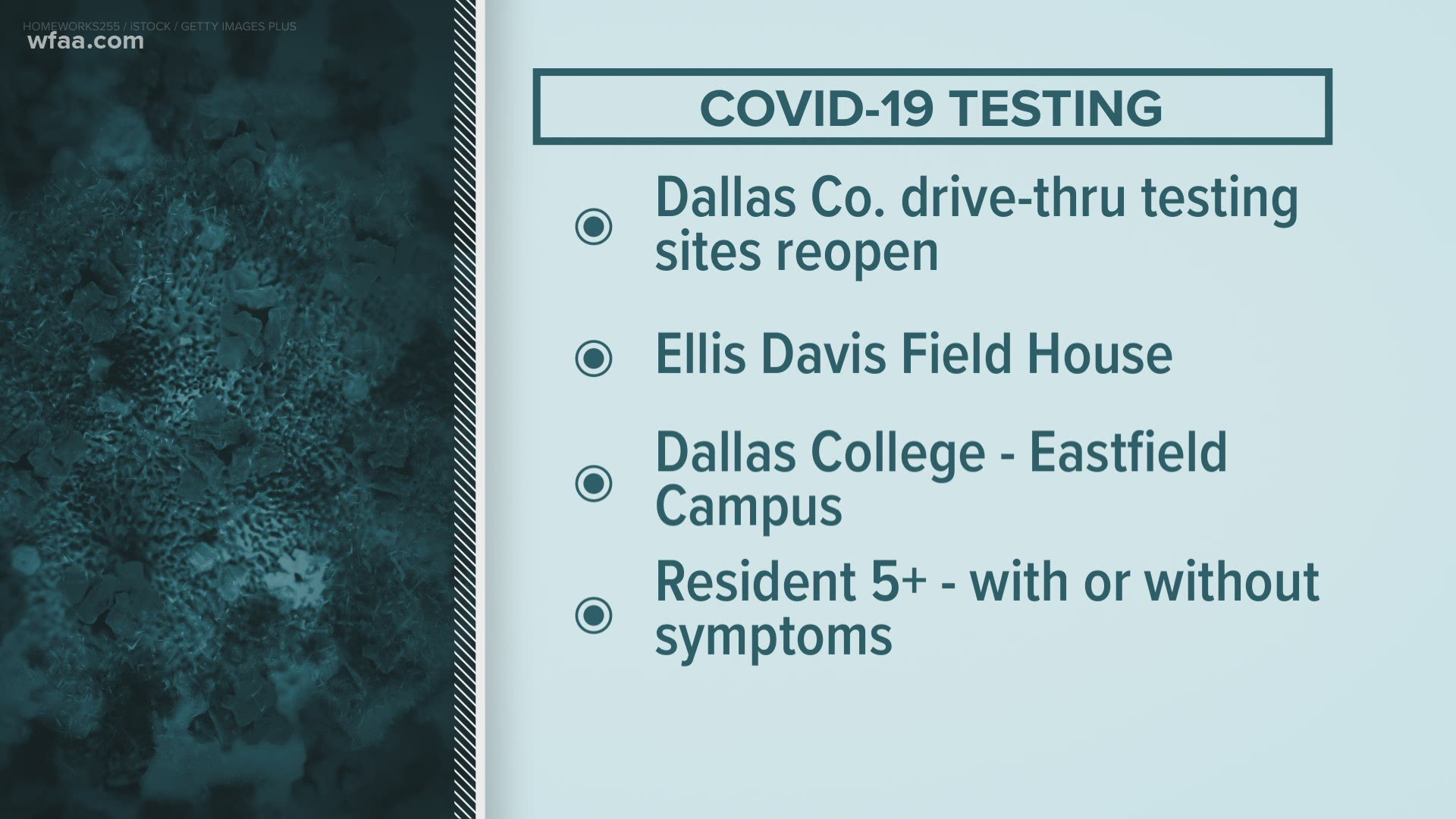 The state health department reported Saturday was the second consecutive day that the North Texas region had more than 15% hospitalization rate with 15.63%.

On Friday, the region had a 15.05% hospitalization rate and 121 available ICU beds. There are 2,026 available hospital beds.

Eleven out of the state's 22 hospital regions are above the 15% threshold of occupancy. Those 11 are the regions of Amarillo, Lubbock, Dallas-Fort Worth, Paris, El Paso, Midland, San Angelo, Waco, College Station, Victoria and Laredo.

On Wednesday, only six regions were above 15%.

Gov. Greg Abbott has said that if a region has coronavirus patients make up more than 15% of its hospital capacity for a week, some restrictions will be enhanced.

There were 3,954 new cases and 102 additional deaths reported across the state Saturday, according to the state COVID-19 dashboard.

On Wednesday, Texas set a record with more than 14,000 cases reported.

Of the new cases reported in Dallas County, 739 were confirmed and 243 were probable.

The four deaths were:

All had underlying high-risk health conditions.

The positivity rate for people with symptoms going to Dallas County hospitals is 17%, county officials said.

Collin County has more than 250 hospitalizations for 19th straight day

Collin County health officials reported 267 COVID-19 hospitalizations on Saturday, down from 274 on Friday.

There were 413 new COVID-19 reported cases on Saturday, according to the Texas Department of State Health Services. There have been 25,566 total reported cases since tracking began in March.

The county also had 413 new confirmed COVID-19 cases Saturday, up from 271 on Friday.