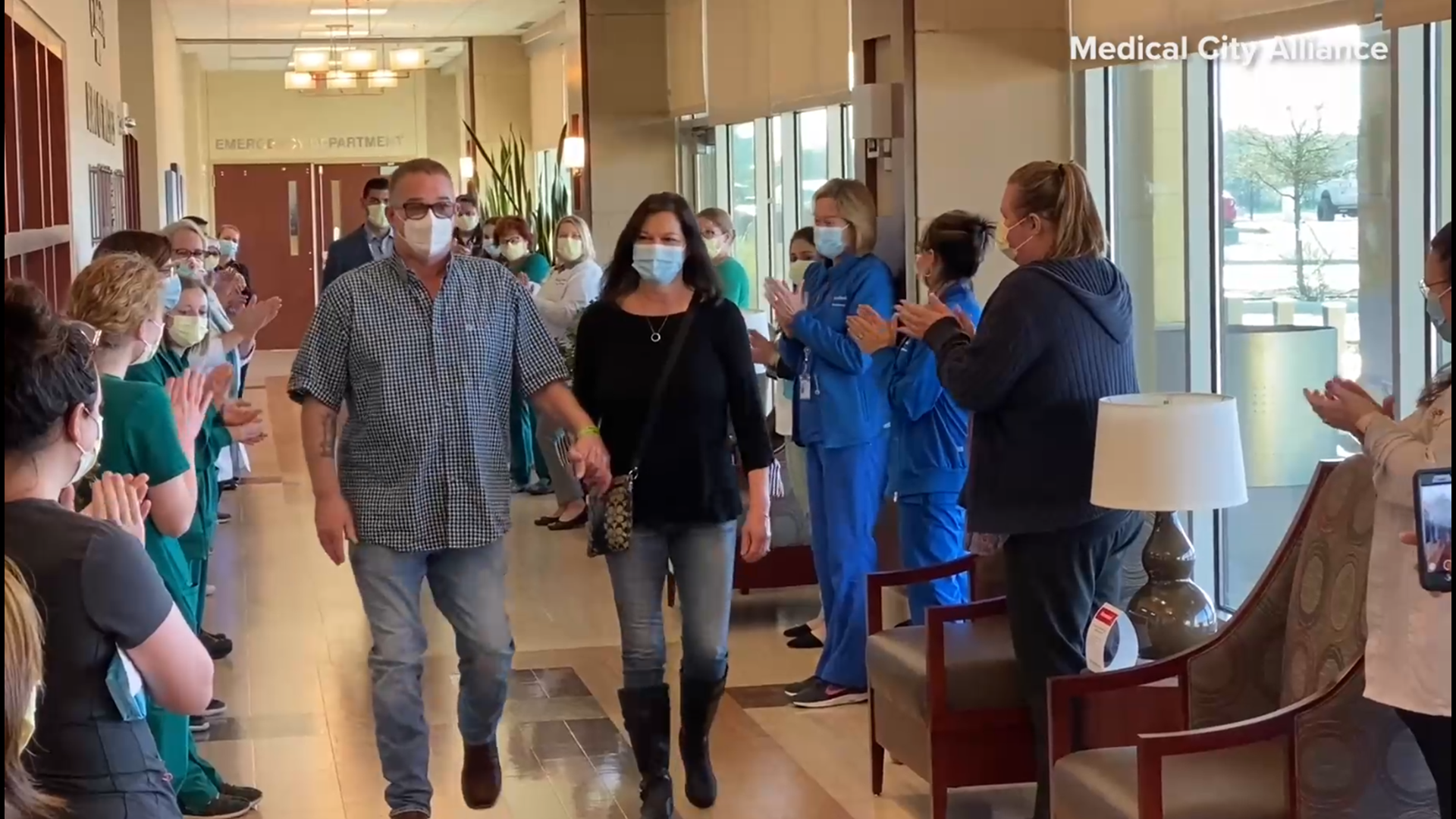 FORT WORTH, Texas — Three days after his wife tested positive for COVID-19 in November, Roy Tucker ended up at Medical City Alliance on a ventilator.

“I mean just like that,” Tucker said, snapping his fingers. “I’m not healed by any means, but I’ve come a long long way."

By that point in the year, hospital staff and ICU nurses like Kaitlyn West were drained.

“We’ve seen a lot of poor outcomes,” West said. “Most people in Roy’s situation didn’t make it out.”

Due to COVID-19 rules, Roy’s wife Debbie had to call often for updates.

“I was terrified, and I just wanted to be with him, and I couldn’t be,” Debbie Trotter-Tucker said. “I went through depression. There were days I didn’t even want to get out of bed.”

Unconscious on the ventilator, at one point, Roy nearly died. West rushed into his room as his heart rate slowed.

“She said, ‘Roy Tucker, you better not do this!’ She screamed at me,” Roy said.

“His heart rate came up,” West said, laughing. “I don’t know why but it worked.”

After 33 days, Tucker finally got released but had a long fight left.

His daughter, a physical therapist, helped with recovery.

This month, Tucker returned to the hospital because he wanted to thank the staff that had saved his life.

“You need to know, we need y’all,” Tucker said in a speech to the team. “I would’ve died.”

In the past year, nurses and doctors treated many who struggled to survive.

“It was just really hard,” West said. “I think that as a profession we haven’t been tested like that in a really long time.”

Many families were in the same place as Roy and Debbie, too. Few, though, ever got to say thank you.

“You saved my life,” Tucker told West, when he returned to Medical City Alliance. “I’m grateful for that.”