Could the delta variant be worse for high school football? Games already being canceled as COVID hits younger students

As of Tuesday, WFAA had tallied that at least half a dozen games had been moved or canceled as football kicks off this week. 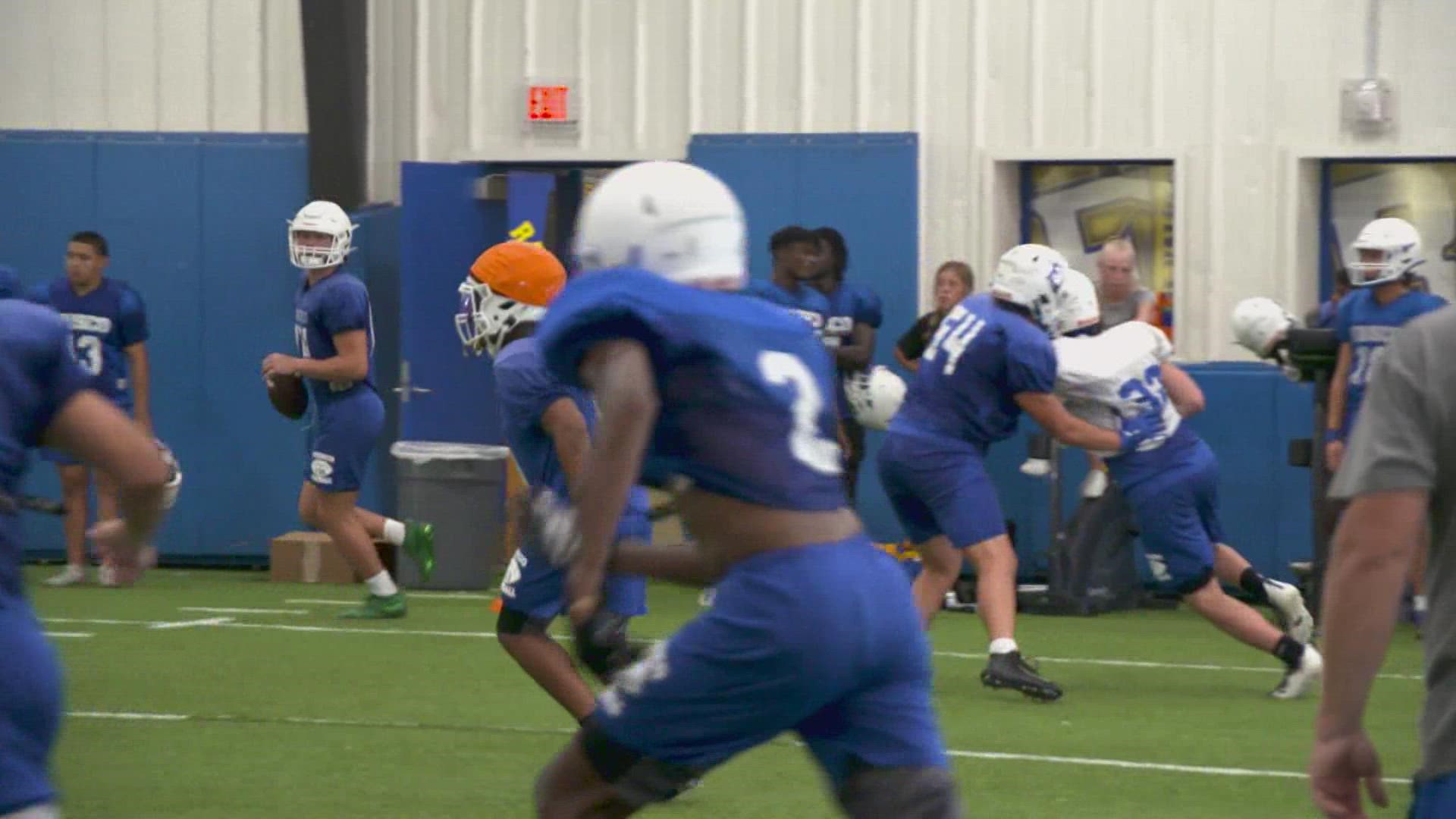 FRISCO, Texas — Frisco High School's football team headed to practice Tuesday afternoon, preparing to face a different opponent than the roster had practiced for on Monday.

The school was informed by Garland ISD that Naaman Forest High School is sidelined due to a COVID-19 outbreak.

Naaman Forest High will also not be playing its week 2 matchup against Flower Mound.

For a short period of time, Jeff Harbert didn't know what to think.

Harbert is the football team's head coach at Frisco High and braces for another roller-coaster season like last year.

In 2020, his team missed four games due to COVID-19. Two of those games, Harbert said, were due to infections on his squad.

"It's not easy waiting until the 11th hour to try and figure out if you're playing or not," Harbert said. "We're just always looking at every opportunity to play as a gift."

Luckily, a breakthrough on Tuesday. Frisco Wakeland, another high school within the district, was sidelined due to COVID-19.

Because of that, Frisco High traded opponents with Wakeland and will now face Sulphur Springs this Friday.

"We traded tape as quick as we could. We don't have a ton of time to prepare. Obviously, it's not ideal," Harbert said. "But you just have to be flexible and able to think on your feet."

Harbert wasn't the only coach in North Texas trying to figure out a plan B this week.

Dallas ISD is reporting that Thomas Jefferson High School canceled its game against North Dallas due to COVID-19. Pinkston High has also canceled its matchup against Venus.

Northwest Eaton's game against Fort Worth Boswell was canceled too.

Carrollton Ranchview is also wrestling with an outbreak of COVID. Its game against Wichita Falls Hirschi was canceled this week.

Flower Mound is still trying to find someone to play in place of Naaman Forest.

The UIL has made it clear that it won't interfere with how districts or schools make up, reschedule, or replace matchups during the season.

If it's a non-district game, teams that aren't dealing with an outbreak or infection will be looking for other teams in the same boat.

District play is slightly different, with executive committees deciding if canceled games either result in no-contest or a forfeit.

The delta variant is much stronger and more contagious than what high school football teams dealt with last year.

Per the Dallas Morning News and Dave Campbell's Texas Football, there have now been 20 games in Week 1 canceled statewide.

At least 141 football games in the Dallas area were canceled or postponed for COVID-19 reasons last season.