Coronavirus: Worried about your cruise? These cruise lines will let you reschedule

WFAA's sister station KHOU in Houston reached out to the 3 cruise lines that sail out of Galveston to see what they’re doing, and what happens if you want to cancel. 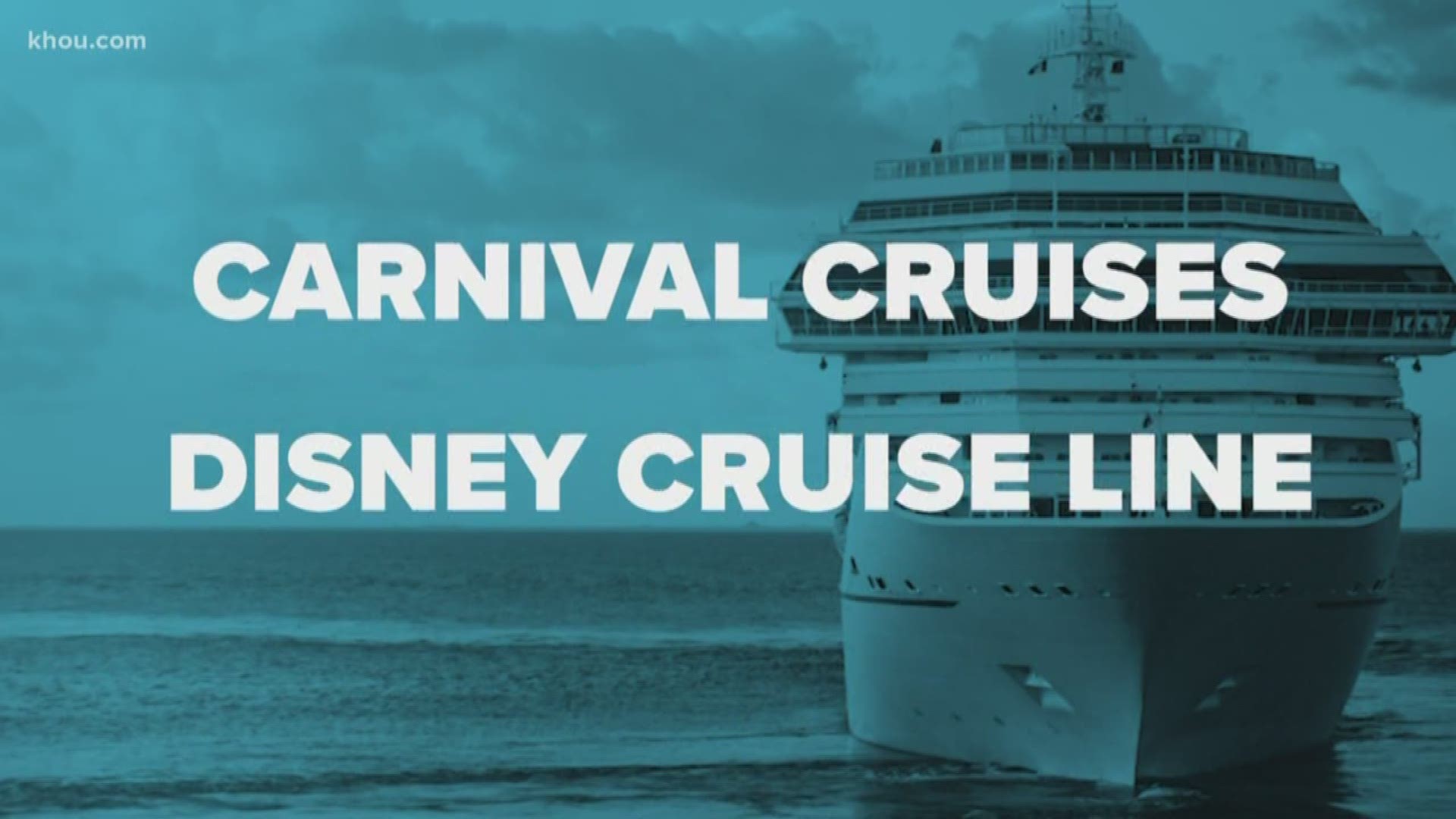 But while Princess Cruises don’t sail out of Galveston, there are three cruise lines that do. And with Spring Break around the corner, some Houstonians may be already booked.

Three cruise lines currently sail out of Galveston with a total of six ships, from Carnival, Disney Cruise Lines and Royal Caribbean.

KHOU 11 reached out to each of them to see what they’re doing, and what happens if you want to cancel.

Carnival has three ships: Dream, Vista and Freedom. If you’ve booked a cruise and you sail between now and May 31, you may move your cruise to a new date and get a credit. That covers the cancellation fee.

If you sail in the month of March, you have up to three days before your sailing to cancel.

If you’re leaving between April 1 and May 31, you have until the end of March to rebook. Any credits provided by Carnival will have to be used by March 31 of next year.

If you’re set to sail out on Disney’s only ship out of Galveston, Disney Wonder, between now and May 31, Disney says guests can change their reservation up until the day before you leave, and you will receive a 100 percent cruise credit to be used for future sailing within 12 months.

Lastly, Royal Caribbean has two ships. Their temporary policy will allow guests, scheduled to sail before July 31 to cancel up to 48 hours before their cruise for a full credit for the fare, usable on any future sailing of their choice this year or next. And this is for both new and existing bookings.

All three cruise lines say they’re ramping up cleaning on the ships and are screening guests and crew before they board, including taking their temperatures.

At the same time, the Port of Galveston is also preparing. They held a meeting this week to discuss measures they would take if a coronavirus case were on one of those ships.

But if you don't want to cancel, Carnival Cruise is even offering an incentive: on-board credits for every guest who chooses to keep their cabin.

If you would like to view their full cancellation policies and travel advisories, here are the links: