Of the total deaths reported to date in Dallas County, about a third have been associated with long-term care facilities, officials say. 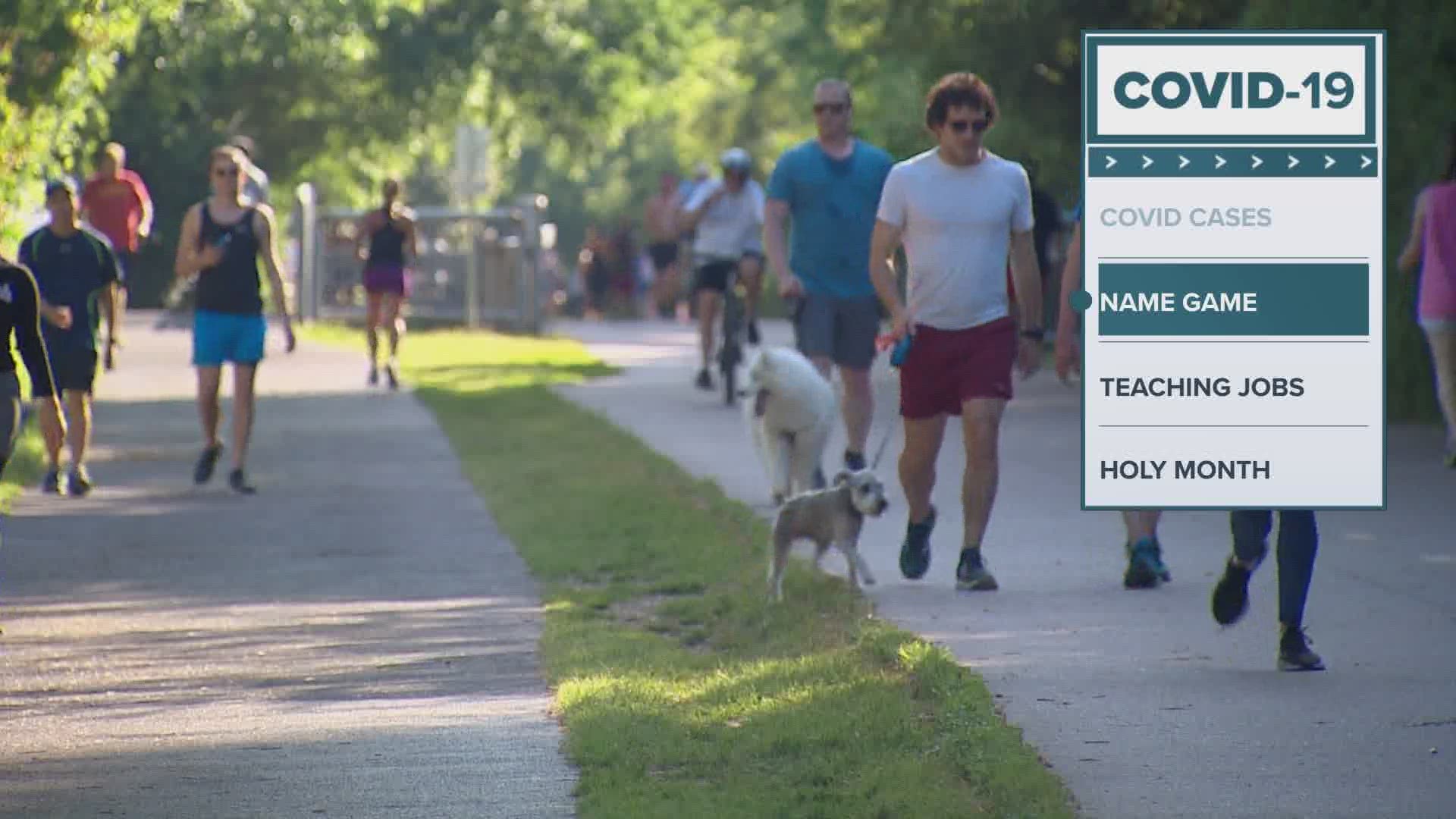 "I am encouraged by the number of new cases, which is once again lower than the average daily number last week. That’s been the pattern every day this week," Jenkins said.

Of the total deaths reported to date, about a third have been associated with long-term care facilities, officials say.

The following information regarding the ages of the latest victims have been released by officials:

The specific long-term care facilities were not named in Thursday’s news release.

Jenkins said he spoke with the leaders of the Muslim community and they told said mosques will remain closed during Ramadan to help keep members safe.

Jenkins said the Muslim community has proved to be "some of the finest people in the Dallas community."

Jenkins said the decision to reopen places of worship is ultimately up to the faith leaders, but he says the CDC guidelines haven't changed. He pointed out that it's still unsafe to gather, because Dallas is experiencing a substantial outbreak of COVID-19.

But if faith leaders do choose to reopen their places of worship, Jenkins said "we need to exhibit grace toward each other."

Another person in Tarrant County has died due to the novel coronavirus, health officials announced Thursday. This brings the death toll to 45.

The latest victim was a man in his 60s from Azle that had underlying health conditions, officials say.

“Every death is regrettable and reinforces how important it is for everyone to stay the course and listen to our leadership,” Tarrant County Public Health Director Vinny Taneja said.

So far, 265 people have recovered from the virus.

A Dallas police officer has learned about a positive COVID-19 diagnosis one month after the initial test results were lost, officials say.

The officer, who works at the northeast patrol division, learned of the diagnosis on Wednesday, according to Dallas police officials.

This is the 13th Dallas police officer to contract the novel coronavirus. A dispatcher and public service officer have also tested positive, bringing the department’s total case count to 15.

According to a news release sent by the Dallas Police Department, there are currently nine officers self-quarantined. The department says 130 officers so far have completed a quarantine period during the pandemic.

Beginning Friday, the City of Arlington will conduct free drive-testing for COVID-19.

Tests will only be performed by appointment between the hours of 9 a.m. to 4 p.m. Monday through Friday.

Residents must have a fever over 99.6, cough or shortness of breath and one of the conditions below to meet the testing criteria:

Officials say the testing location will be provided once the appointment time slot has been confirmed.

Additional instructions on how to set up a testing appointment can be found here.

North Richland Hills officials announced the city plans to make budget cuts due to economic loss from the COVID-19 crisis.

Budget cuts will be made for all full-time employees, officials said in a news release Thursday.

The City will also close non-emergency operations on May 1, 8, and 15 to save money.

During those days, public safety operations won't close but employees in the departments will take three days off.

Select stores and restaurants at NorthPark Center in Dallas will resume sales Friday under the "retail-to-go" program.

Under Gov. Greg Abbott's executive order, beginning April 24, non-essential businesses are allowed to sell items that can be picked up curbside or delivered.

Shoppers will need to follow the protocol listed on the NorthPark Center website when picking up items.

Tanger Outlets Fort Worth is asking for donations for a food drive that will benefit the Northwest Independent School District.

A total of 25 hospitals reported information to the mayor’s office on Wednesday:

The data is meant to keep the public informed of the COVID-19 crisis in the City of Dallas, Johnson's office says.