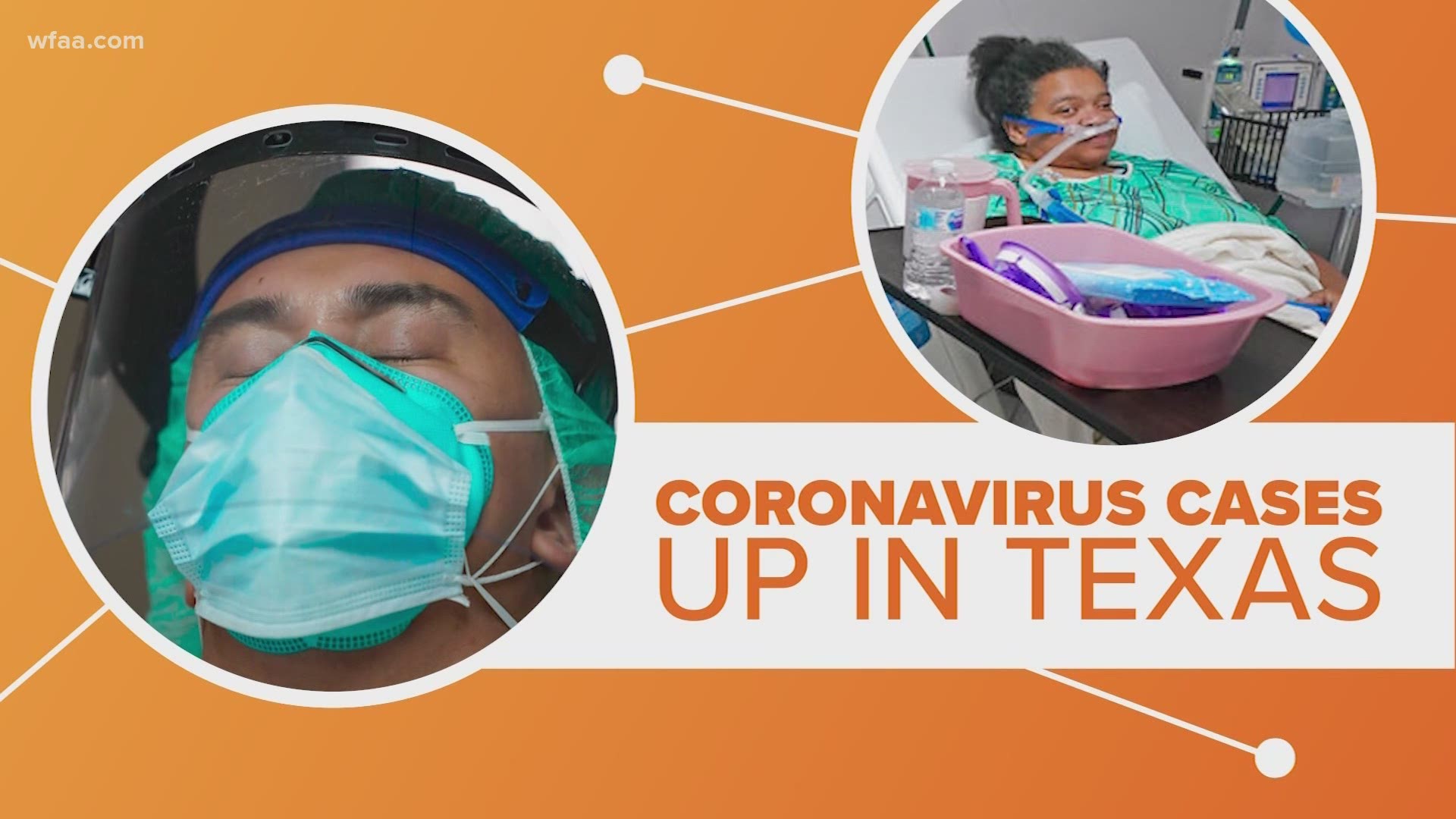 Officials said a Garland man in his 30s was found dead inside of a hotel. The second death was a man in his 70s, who was a resident at a long-term care facility in Dallas. Both victims had underlying health issues, according to officials.

With the numbers reported, the countywide total stands at 99,160 confirmed positive COVID-19 cases, including 1,121 confirmed deaths.

Health officials said the seven-day average of daily new confirmed and probable cases for this week has increased to 733 – the highest daily average of new cases since July 2020.

“Our daily numbers continue to climb as do our hospitalizations, and it’s more important now than ever that we wear our masks and avoid crowds,” tweeted Dallas County Judge Clay Jenkins.

For the second day in a row, Tarrant County is announcing more than 700 new daily confirmed cases of COVID-19.

Wednesday afternoon, 709 cases were reported on the county's dashboard. The day before, 716 cases were announced.

COVID-19 hospitalizations in the county, however, slightly decreased. There are currently 524 patients hospitalized versus 544 reported Tuesday.

There have been more than 63,000 cases and 745 deaths since tracking began in March.

Local leaders reported one new death, bringing the total to 190 since the first reported death on March 18.

Local officials reported 220 cases on Tuesday and 238 cases on Monday. This is the first time the county has reported more than 200 cases for three straight days.

There have now been 17,635 total cases since tracking began in March.

Nov. 5, 2020 editor's note: El Paso officials on Thursday said the daily case total reported Wednesday had been inaccurate. A number of cases from Monday and Tuesday did not upload correctly and were erroneously added to Wednesday's total, according to El Paso Public Health Department Director Angela Mora. The correct total for Wednesday was 1,537, not 3,100.

A health official in El Paso says hospitals are near a "breaking point." After weeks of gradual increase, El Paso’s cases have skyrocketed. The county with a population of around 800,000 people reported more than 1,000 daily cases for more than a week.

Dr. Hector Ocaranza, El Paso’s city, and county health authority says, “we need everyone to do their part to stop this virus.” Local health officials said there were 1,041 area hospitalizations Wednesday.