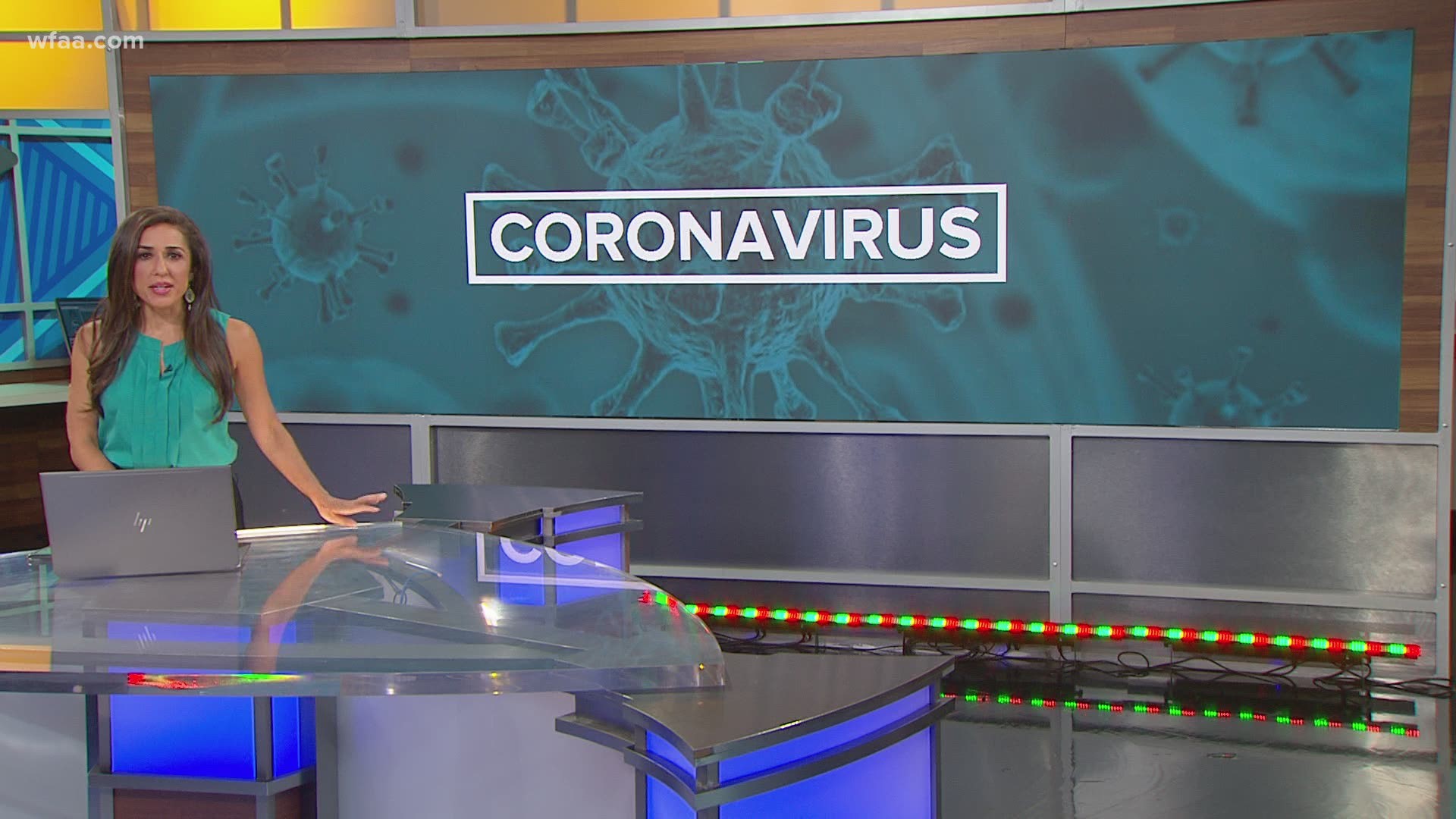 The Texas Workforce Commission announced it will continue to suspend the "work search" requirement for those on unemployment benefits as Texas continues to grapple with the effects of COVID-19.

Leaders at the state agency said Tuesday they will follow Gov. Greg Abbott's lead and may reimplement the requirement once the economy is able to reopen at a greater capacity.

The news comes as fatalities across the state continue to rise, particularly after state officials changed reporting methods for COVID-19 deaths.

The death toll increased by about 12%, or more than 600 people, on Monday as state officials began to count deaths marked on death certificates as caused by COVID-19.

Texas has now seen at least 5,713 people die from COVID-19 since tracking began in March, the updated state data shows.

The Texas Department of Health and Human Services said that caused hospitalization data to be incomplete from at least July 23 through July 27, with only 82% of hospitals reporting complete data to the department by July 27.

The resulting change made it appear hospitalizations have dropped, hitting an apparent low point on July 23. However, the numbers have quickly rebounded across the state, and hospitalizations remain near previous highs from the first half of July, despite the fact 18% of hospitals are not reporting complete data.

The 15 people the county reported died of coronavirus include men and women in their 50s to their 90s. Twelve of them had underlying health conditions, according to health officials. Three of them were long-term care facility residents.

“Today’s numbers, while higher than yesterday, continue the trend of being lower than we saw two weeks ago," Dallas County Judge Clay Jenkins said Tuesday. "The decisions each of us make have a big impact on the numbers and all of us have an important role to play in controlling the spread of COVID-19."

Tarrant County health officials reported one new death related to COVID-19 Tuesday afternoon. The victim was a man in his 70s from Arlington who had underlying health conditions, according to officials.

Tarrant County now has 349 confirmed deaths. 13,574 people have recovered since tracking began in March, according to health officials.

Parker County set a daily record Tuesday with 158 new confirmed cases of COVID-19, according to the Texas Department of State Health Services. This brings the total number of confirmed cases to 982 since tracking began in March.

Palo Pinto County also matched its daily record Tuesday with 15 new confirmed cases, according to the Texas Department of State Health Services. The county has seen 96 of its 157 cases reported in the last 15 days.

The City of Dallas released the following numbers as reported Monday by 25 hospitals.

Here are the bed and ventilator capacity statistics as reported by 25 hospitals in the @CityOfDallas:

DeSoto Independent School District will begin its school year on Sept. 8. The DeSoto ISD Board of Trustees approved the decision at a board meeting on July 27.

In addition to approving a delayed start date, the DeSoto ISD Board of Trustees approved a revised academic calendar for the upcoming school year.