The state health department reported 293 more Texans died from COVID-19, bringing the total to 8,096 deaths since tracking began in March. 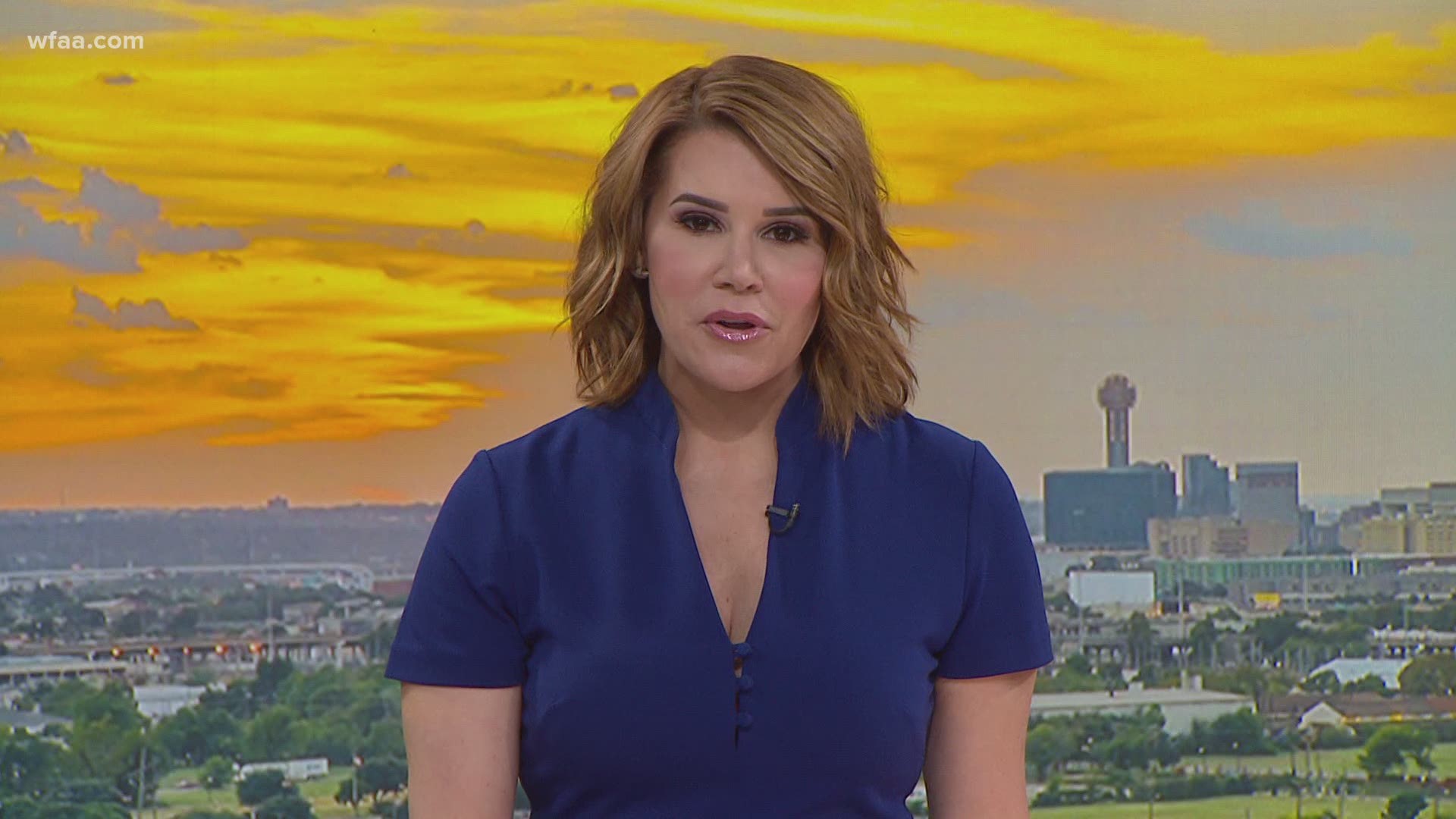 The state of Texas surpassed 8,000 COVID-19 deaths Friday, and announced more than 7,000 newly confirmed cases. But officials say the case totals are trending down, the positivity rate continues to trend upward across the state.

The state health department reported 293 more Texans died from COVID-19, bringing the total to 8,096 deaths since tracking began in March.

Cases and hospitalization across the D-FW area are dropping, but officials continue to urge residents to stay home if possible, social distance and wear masks.

“We continue to see benefits from wearing masks. Unfortunately, today we had 10 death which is a somber reminder of the seriousness of COVID-19 and the need for us to continue to wear masks,” said Dallas County Judge Clay Jenkins.

Health officials say over 2,514 children under the age of 18 have been diagnosed with COVID-19 since July 1, including 61 children who have been hospitalized.

Tarrant County now has 414 confirmed deaths and 20,329 recoveries since tracking began in March.

Update: Tarrant Co is reporting 272 confirmed and 19 probable #COVID19 cases today along with 3 deaths.
County officials still haven’t shared the exact number of confirmed cases there were in the 1,673 cases they reported Tuesday. (@wfaa)

The three victims include two residents at the Eagle Ridge Alzheimer’s Special Care Center in Denton, and a man in his 70s who was a resident of Brookhaven Nursing and Rehabilitation Center in Carrollton.

There have been 7,519 confirmed COVID-19 cases, including 60 deaths and 4,408 recoveries since tracking began in March.

DCPH is providing a free drive-thru COVID-19 testing center in Argyle on Tuesday, Aug. 11, at Cross Timbers Church at 1119 US-37. For more information click here.

Cinemark to open 3 Dallas-Fort Worth theatres next week

Cinemark has announced that it will be reopening a select number of its theatres across the country Aug. 14, three of which are in North Texas. Tickets go on sale Friday night and can be purchased online.

Cinemark says the reopening is an expansion of the company’s "test-and-learn process."

The company says this process had helped with training, communication, cleaning and sanitization protocols and new technology.

The Eagle Mountain-Saginaw ISD Board of Trustees has voted to begin the school year with virtual learning on Aug. 20. Options for in-person and choice remote learning will begin on Sept. 8.

Officials say school administration will continue to monitor circumstances surrounding COVID-19 in the weeks leading up to the beginning of the school year.

District officials said additional details regarding the back-to-school plan and information regarding specific programs will be shared later Friday.

Board members voted to begin the school year completely virtual on Aug 20, w/ options for in-person & choice remote learning to begin on Sept 8.

Around 11 a.m. Friday, county officials said there was no waiting line at the Eastfield College location in Mesquite.

Residents can enter from La Prada Drive, north of I-30. Individuals are asked to bring some form of ID or proof of residency such as a utility bill.

The line closes at 1 p.m. and testing is free.

City of Dallas and Dallas County Residents can get tested at Ellis Davis Field House (8a-5p) or Eastfield College (7a-1p) from Monday to Saturday with little to no waiting in line. Learn more at https://t.co/zrx1w69uzb@CityOfDallas @DallasFireRes_q @DallasPD pic.twitter.com/IsIyV1Q8rd

American Airlines announced Friday that service between Vancouver and Dallas/Fort Worth International Airport is temporarily being suspended due to low demand as a result of COVID-19.

A spokesperson said the airline expects to service January, followed by the seasonal return from LAX and PHX in June.

American Airlines says it will continue to service to Calgary, Canada from DFW.