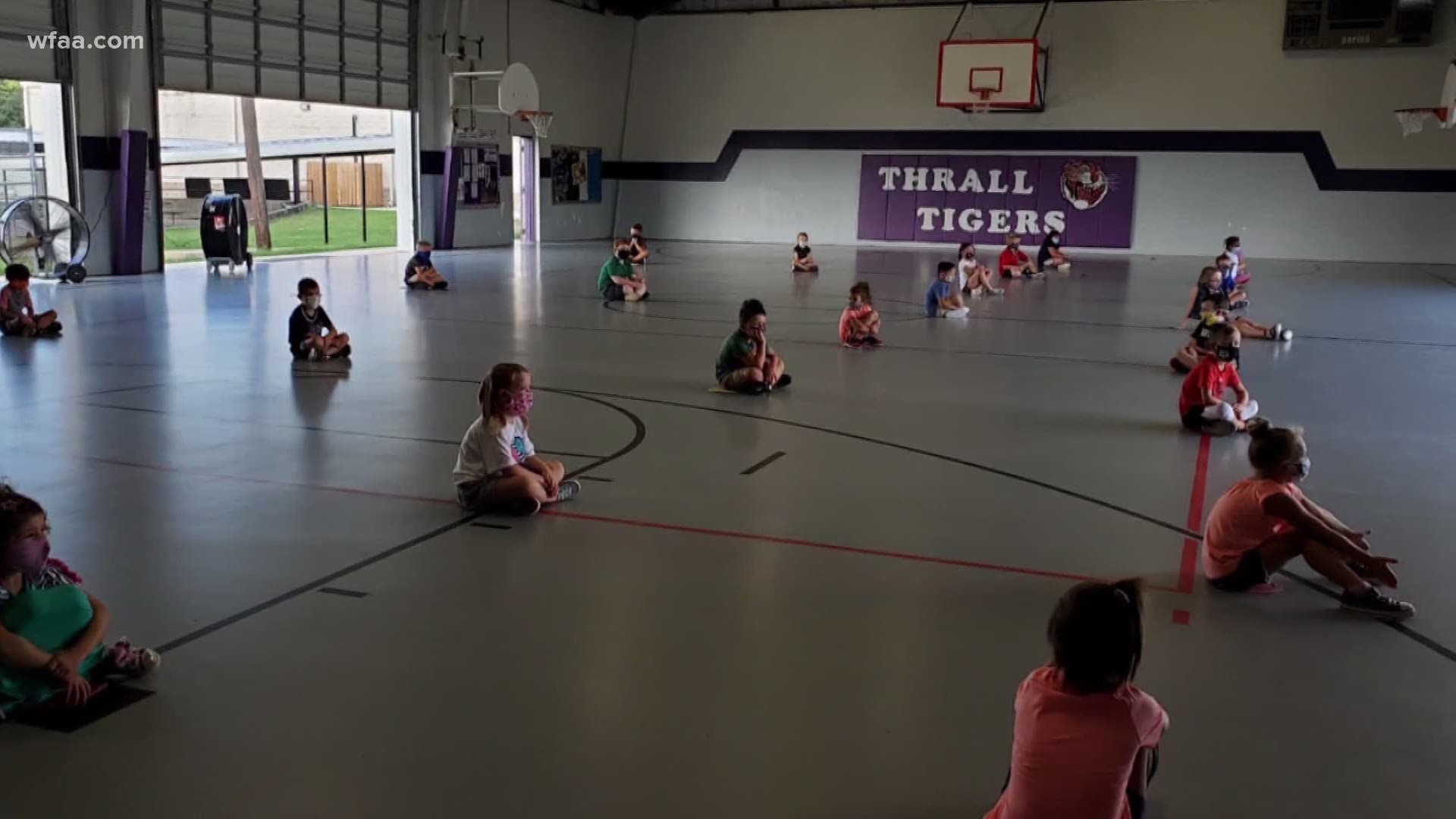 Collin County marked the second day in a row with more than 200 new COVID-19 cases on Wednesday with 269 -- surpassing Dallas County's daily count for the first time since March.

Wednesday was the first time the county has seen more than 200 cases reported in two consecutive days.

The county hit a record daily case count on Aug. 4 with 317 cases.

Dallas County health officials announced Wednesday that 234 more people have tested positive for COVID-19. An additional 88 probable cases have been reported since Tuesday.

"We’ve seen a roughly 40% decrease in demand for testing at our city/county run sites and we are currently not reaching capacity at those sites. The lines are short and the turnaround times have improved, so if you need testing, please get it," Judge Clay Jenkins said.

In addition to the new cases, the county reported nine confirmed deaths. The victims range from a Garland man in his 30s to a Duncanville man in his 70s.

Three of the nine victims did not have underlying health conditions.

Tarrant County health officials reported 405 new cases of COVID-19 and 7 deaths Wednesday. According to the county’s data, there has been a total of 34,774 cases of the novel coronavirus since tracking began in March.

More than 430 people in Tarrant County have died from the disease and over 24,000 have recovered, according to health officials.

The latest victims to die range from a Fort Worth man in his 50s to an Azle woman in her 90s. Officials said all but one of the patients had underlying health conditions.

State health officials reported Wednesday there are 269 new cases of COVID-19 and no new deaths in Collin County.

There have been 5,270 recoveries. As of Tuesday, there were 147 people hospitalized for the novel coronavirus.

The county has a total of 7,959 confirmed cases of COVID-19 since tracking began in March. There have been 4,977 recoveries.

The Mansfield Independent School District announced an updated plan Tuesday night saying that devices will now be delivered to students.

The announcement came after parents and families in Mansfield said they had to wait in line for hours to receive laptops from the school district over the weekend.

Parents are now asked to fill out a form online if their student still needs a device. District officials said the devices will be delivered to the home address as soon as they are ready.

Wednesday marked the first day of virtual learning for Mansfield ISD. Officials said students who are unable to get a device before school starts will not be penalized.

Officials said students do not need a district-owned device and that any device with an internet connection can be used for virtual learning.

Fort Worth Museum of Science and History to reopen

The Fort Worth Museum of Science and History will reopen to the public Thursday. Officials said only certain areas of the museum will be open during the first phase of reopening.

The museum is implementing the following protocols:

Fort Worth-based American Airlines announced Wednesday it will no longer allow face coverings with exhaust valves or vents. The airline also stated face coverings made with materials such as mesh or lace fabrics are also not allowed.

The new policy is effective immediately and is in accordance with the most recent recommendations from the U.S. Centers for Disease Control and Prevention, the airline said.

There are currently five children who are being treated for COVID-19 at Cook Children's, officials said Wednesday morning.

The hospital has tested 14,094 children for the novel coronavirus, of which, 993 have been positive.

The positivity percentage has dropped to 7%.