Dallas County reported its highest single-day case count on Saturday. Officials are urging residents to stay home as much as possible to slow the spread of COVID-19. 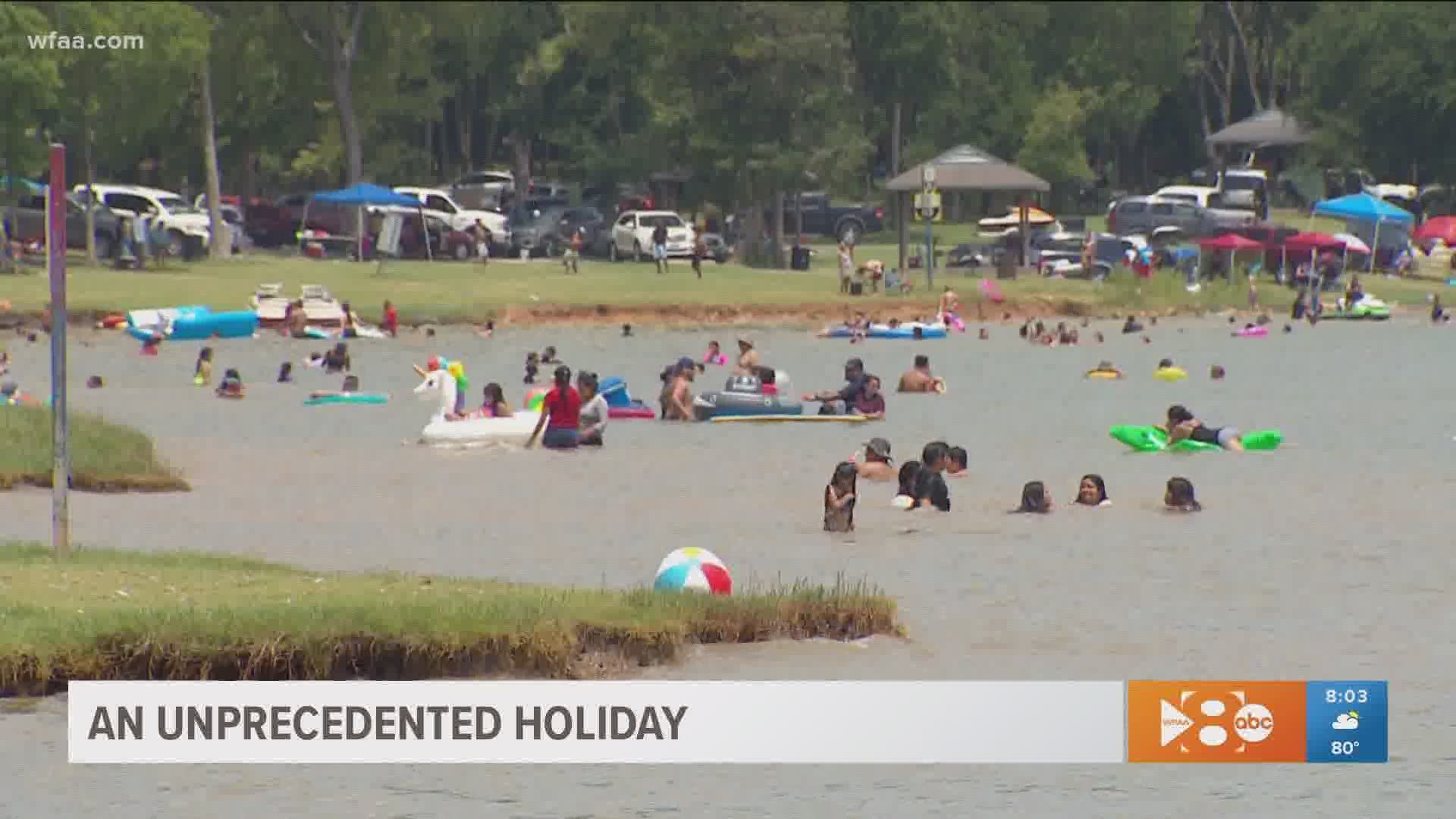 This story will be continuously updated on July 5.

Dallas County has seen COVID-19 cases spike at an unprecedented level over the past week, entering a phase Judge Clay Jenkins called an "explosive surge" that continued on Sunday with 1,062 new cases reported.

Here's a look at the way the number of new cases being reported has grown each day.

Ten days after that, the county's reported numbers went up to 561 new cases on June 27, the first time more than 500 cases had been reported.

Then, this week the “explosive surge,” as Jenkins has called it, began.

The county has now recorded 25,840 cases since tracking began in March, and at least 395 people who had the virus have died.

"Please move from selfishness to sacrifice for the benefit of your neighbors and community health and wear a mask within six feet of people outside your home," Jenkins tweeted Sunday.

Across North Texas, hospitalizations are up to unprecedented levels as well, hitting 1,562 patients with COVID-19 in local hospitals. The region currently has around 350 ICU beds available.

Across Texas, there are at least 8,181 people currently hospitalized with the disease, state officials report.

The state only reported 3,449 new cases for July 4, which is the lowest number since June 17, but it could have been swayed by the fact there were also half as many tests conducted compared to previous days.

County officials reported 585 new cases and 3 deaths Sunday for July 2's case count. The numbers normally would have been reported Friday, July 3, but the county did not report the past two days because of the July 4th holiday. The numbers for July 3 through July 5 will be shared Monday, officials say.

Hospitalizations, which are current, are at 533 people in the county. That number is up 172% since June 5.

Because Tarrant County is late on reporting, Texas' record-breaking number of new cases Saturday at 8,258 did not include any numbers from the county, and it won't on Sunday either.

The county has now surpassed 14,000 cases since tracking began in March. There have been at 5,618 people who have recovered while at least 236 people with the disease have died.

Collin County health officials reported 112 new cases of COVID-19 Sunday afternoon, bringing the total case count to 3,521. There have been 2,682 recoveries and at least 46 confirmed deaths since tracking began in March.

Denton County officials said there were 59 new confirmed cases Sunday, increasing the county's total to 3,338 since tracking began in March.

Eleven people have also recovered from the disease, officials said, raising the county recovery count to 1,231 people who have had the virus. At least 37 people who had the novel coronavirus have died since tracking began, records show.

The city of Dallas released the following numbers as reported Saturday by 25 hospitals.

Some city of Denton public facilities will be closed to the public or open by appointment only starting July 6 as cases have continued to exponentially climb in North Texas, city officials announced Sunday.

In accordance with Gov. Greg Abbott's mask order, everyone entering city facilities will be required to wear a face covering unless they are exempt under the order.