22-year-old with no known health issues, mother recount COVID fight: 'I thought he was going to die'

From a medically induced coma and a ventilator, Michael Mullininx is fighting back. And he's finally home. But, the 22-year-old still has a long road ahead. 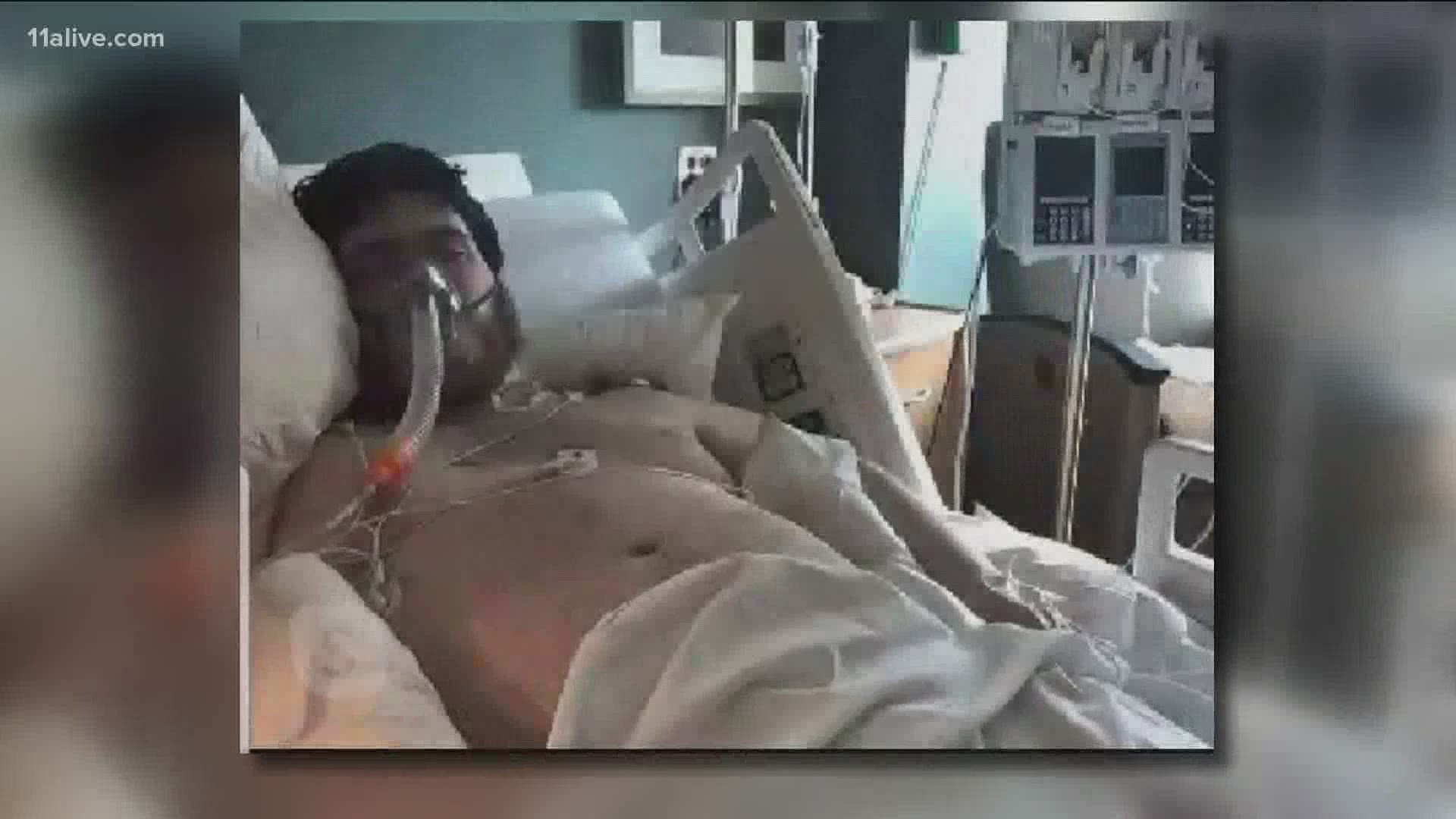 DULUTH, Ga. — The data that the state collects and reports shows the latest COVID-19 cases and those who unfortunately die from the virus. But the numbers don't show the many people who have been diagnosed and recovered from it.

A Gwinnett County man counts himself among the ones who survived the virus. And while he’s out of the hospital and recovering, he still has a fight ahead of him.

Michael Mullininx is a 22-year-old man who, before COVID-19, didn't have any health problems. But around Memorial Day, a total of eight people in his immediate and extended family all tested positive for it with the virus, hitting him the hardest.

Last Wednesday, with nurses, doctors, and the Duluth Police Department cheering him on, Michael left Northside Hospital in Duluth.

"I was happy, I was ready just to get out of the hospital," he said.

Michael's voice is still weak after three-and-a-half weeks on a ventilator. And he now uses a walker to get around.

The Norcross High graduate ended up in the hospital on June 3. He had tested positive for COVID-19 and was struggling to shake a bad cough.

Doctors admitted him to the intensive care unit with an oxygen level of 80 percent. They later put him on a ventilator and into a medically-induced coma.

His mother, Connie, could barely watch.

Connie said that on the Fourth of July, Michael's heartbeat dropped to 30 beats per minute, and doctors needed to give him chest compressions.

"We had a lot of people praying for Michael and we were thankful for all of the prayers because every single prayer worked for him," she said.

Michael received several treatments, including plasma. Eventually, doctors took him off the ventilator. And, last week, he was ready to be released from the hospital and sent home.

His mother, who also tested positive, was in disbelief COVID-19 hit Michael and their family so hard.

"We tried everything we could not to get this virus,” she said. “We wore a mask, we cleaned our hands."

"A lot of people kept saying this is fake and coronavirus is fake, no it isn't fake," she added.

Right now, she’s thankful her son is home and she’s asking everyone to keep wearing a mask and social distancing.

Michael will need in-home care and physical therapy to rebuild his leg strength so he can walk again.

His family set up an online fundraiser to help with those expenses as he doesn't have insurance.