Seven out of the nine people who died did not have underlying health conditions, officials reported Tuesday. 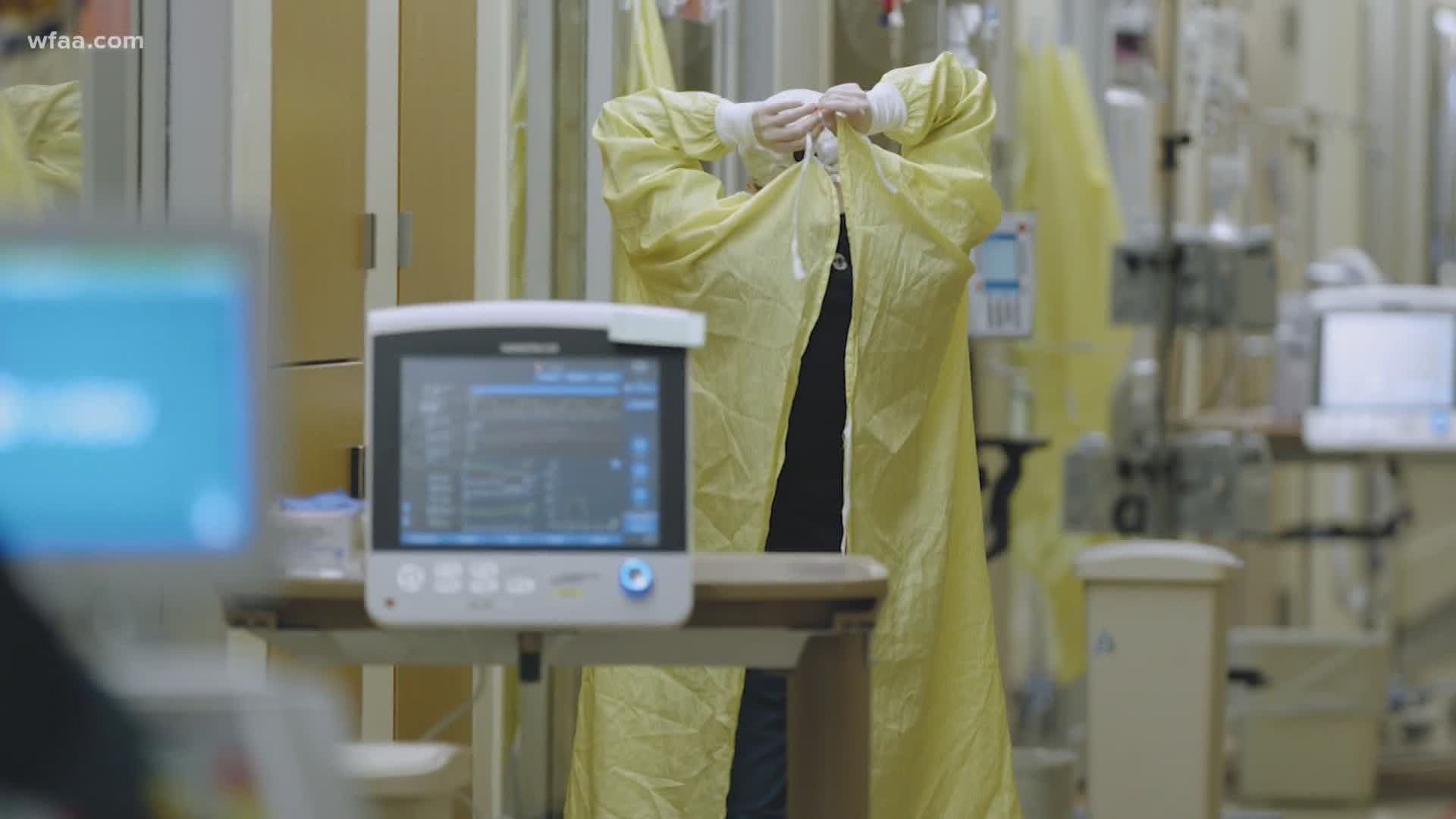 This story will be continuously updated on July 7.

Tarrant County reported 10 deaths while Dallas County reported a fifth day of more than 1,000 cases on Tuesday, according to health officials. There were 118 new cases in Collin County and 56 in Denton County.

Seven out of the nine people who died did not have underlying health conditions. Their ages ranged from a Dallas man in his 60's to a Mesquite man in his 90's.

Tuesday marks the fifth day of more than 1,000 cases in Dallas County:

There have been 248 deaths and 15,585 positive cases in the county since tracking began in March.

New cases and hospitalizations have not slowed down across Texas since the beginning of June, with surging numbers meaning new highs almost every day.

And a new high was reached yet again Monday when the number of statewide hospitalizations jumped by more than 500 COVID-19 patients in a single day to about 8,698 people.

It's one of the largest single-day increases in hospitalizations Texas has seen since the pandemic began, state data shows.

North Texas accounts for roughly 18.5% of those patients, with around 1,607 people currently hospitalized in the region.

The region around Houston leads the state in hospitalizations, as it reported about 2,656 COVID-19 patients in local hospitals Monday. At the same time, the region is running low on ICU beds, with around 154 currently available, according to state data.

But Houston is not the only region with a low number of ICU beds. Some of the areas around Southern Texas including Laredo and Corpus Christi have seen available ICU beds dwindle down to the single digits, state data shows. And in McAllen, where there are more than 950 patients hospitalized, there are currently 43 ICU beds available.

Organizers announced Tuesday that the State Fair of Texas had been canceled for the 2020 season due to COVID-19.

Those who already purchased tickets or passes will be issued refunds automatically, officials said.

Two more Collin County residents with COVID-19 have died, officials said Tuesday. The latest victims are a 77-year-old Fairview man who died on June 20 and a 61-year-old Plano man who died at home on July 6. Both men had underlying health conditions.

Their deaths raise the county's total to 49 people who have died since the pandemic began.

The Dallas County Commissioners are expected to vote on and approve an additional $30 million for the county's Emergency Business Assistance Program (EBAP) to help small businesses, officials say.

The county leaders will also learn about changes to the program aimed at help small businesses, including the expansion of the program's eligibility requirements for forgivable loans, a news release from Commissioner Elba Garcia's office said.

The maximum for those loans will be increased as well.

The Commissioners Court meeting will begin at 9 a.m. You can watch it here.

The city of Dallas released the aggregate capacity totals for Monday, as reported by 25 hospitals.