Gov. Abbott says Texas is past 'our all-time high' of new coronavirus cases

More than 1.5 million Texans have applied for unemployment in recent weeks, according to the governor's office. 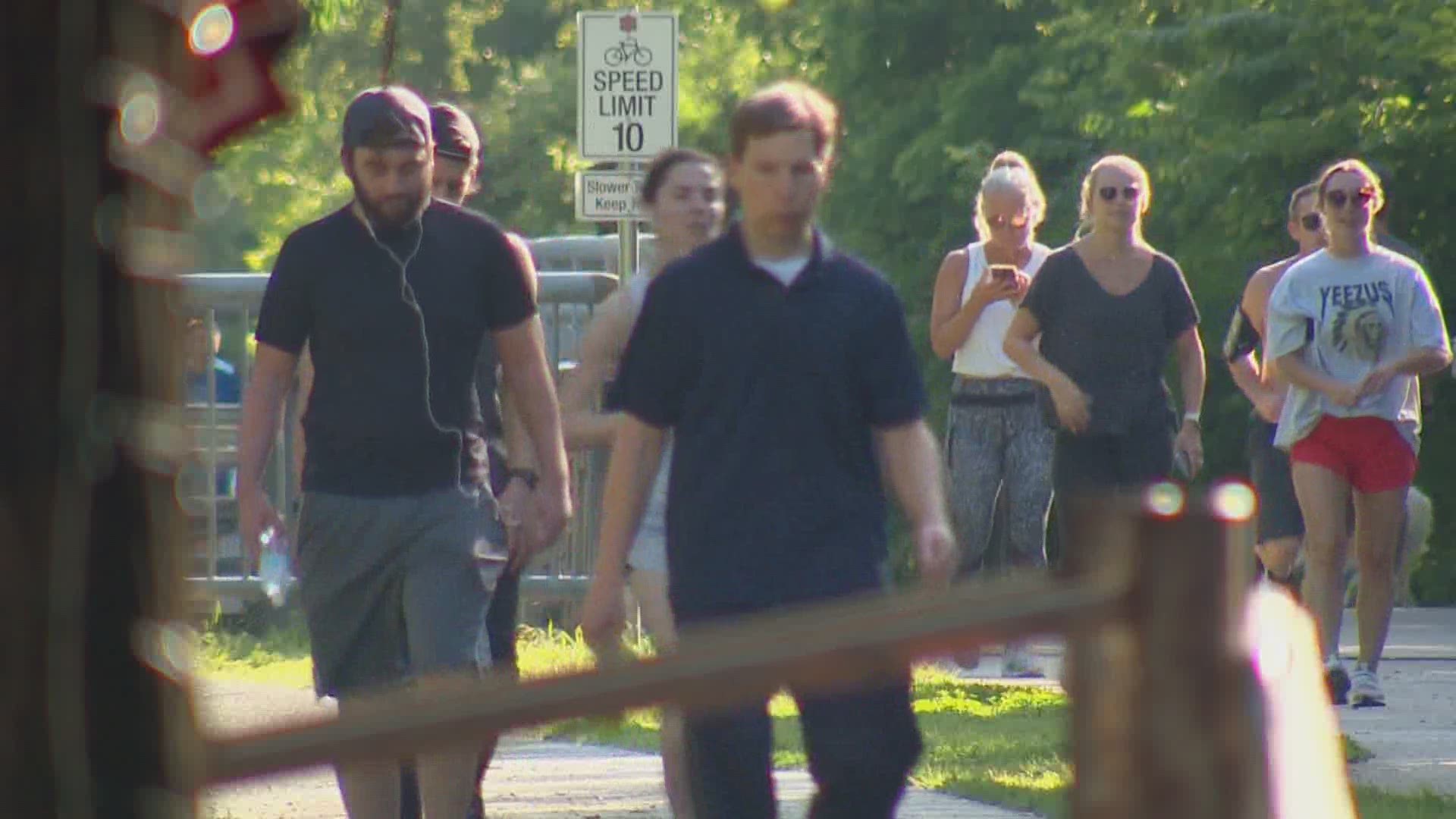 Gov. Greg Abbott said Tuesday that he will announce new statewide executive orders next week regarding which businesses can open and whether Texans will be required to remain home.

The state is currently under an executive order limiting non-essential businesses and encouraging Texans to stay home until April 30. The governor has ordered schools to remain closed for the remainder of this school year.

But the governor has already softened some of the requirements, allowing curbside or shipped retail service and allowing elective medical procedures to resume.

"We know that Texans want to get back to work," Abbott said.

He said during a Tuesday afternoon news conference that he will announce new executive orders on April 27.

Abbott said some of those requirements will be implemented statewide and could overrule local orders, including an updated Dallas County stay-at-home order in place until May 15.

The governor did not say what his next executive orders might be or how long they will extend.

He said because Texans have been limiting interactions with each other, there are fewer new cases of COVID-19 than there were less than two weeks ago.

"All the numbers are trending down," he said.

Fort Worth Mayor Betsy Price announced during a Facebook live Tuesday that she tested negative for COVID-19 after being in close contact with a staff member who tested positive for the virus.

She said, "Folks, you don't need false sense of security. I'm going to remain cautious and vigilant and I'm going to lead by example."

Mayor Price was also adamant that more testing needs to be available, because "testing is the key to being able to clear this virus."

Jenkins said by extending the order to May 15, the county will help keep residents safe by not allowing non-essential movement as the plan to reopen businesses moves forward.

Jenkins wanted to clarify that the county still plans to allow non-emergency medical procedures to resume starting Wednesday. And also that, retail businesses will still be able to sell items to-go, via a drive-thru set up or delivery, starting Friday.

Jenkins also announced that there will be new testing sites opening at two Walgreens locations on Friday.

Jenkins said he's not in a rush to reopen everything and that he will continue to listen to the science.

"It's like baking and golf. You rush your shot, you ruin your shot," the county judge said.

The new numbers brings the county's total cases to 2,602, including 64 deaths.

Gov. Abbott says there are jobs open to Texans

Gov. Greg Abbott said there are about 480,000 job openings available to Texans, including employment opportunities at several North Texas businesses.

More than 1.5 million Texans have filed for unemployment since businesses closed across the state in response to the coronavirus pandemic. The Texas Workforce Commission has paid about 80% of those claims, equaling $1.4 billion.

Abbott said people want to get back to work. He said state leaders are working with business owners to ensure that work environments will be safe for employees.

The governor said the highest number of positive results from coronavirus testing in the state was April 9. He said the state is now 12 days in a row below "our all-time high."

About 10% of those tested statewide for COVID-19 are diagnosed with the disease. Nearly 20,000 people have been confirmed to have the novel coronavirus. More than 6,000 people have recovered from the illness, Abbott said.

Dallas County commissioners voted Tuesday to extend the stay-at-home order through May 15 in response to the coronavirus pandemic.

The Tuesday afternoon vote was 3-2.

Previously, the stay-at-home order was set to end on April 30.

Dallas County officials first declared a local disaster on March 12 in response to the COVID-19 pandemic that has swept the world and has infected more than 1,500 people so far in North Texas. The declaration was extended through May 20.

Tarrant County health officials reported three more deaths from COVID-19 on Tuesday. They include a Fort Worth woman in her 90s, a Fort Worth man in his 40s, and an Arlington man in his 90s. All had underlying health conditions.

They also announced 84 new cases, bringing the total cases to 1,333.

Also on Tuesday, Tarrant County officials updated an executive order to be in line with the latest statewide order allowing elective medical procedures and some business openings.

At least 24 people being held at the Prairieland Detention Center have now tested positive for COVID-19, federal officials reported Tuesday.

On Monday, the facility in Alvarado reported just three cases.

The jump means Prairieland now has the second-largest number of cases among all the ICE detention centers in the country. ICE has reported a total of 220 cases among people in custody.

A little more than half of Dallas' hospital beds are currently occupied, the most recent data from Mayor Eric Johnson's office suggests. Of available ICU beds, 58% are occupied, while about 31% of hospital ventilators are in use. These numbers have remained fairly consistent.

The daily numbers are required under an emergency regulation that Johnson announced last month during a news conference.

Below is a list released by the Dallas mayor's office of the aggregated totals from 25 hospitals in the city:

Seven people associated with Legend Oaks Healthcare and Rehabilitation have contracted COVID-19, Waxahachie officials said. At least one has died from the disease.

Representatives of the nursing home have told city and county officials they believe the case count will rise in the coming days. The facility is working with the state health department and is under monitoring by state authorities, Waxahachie officials said.

City and county personnel have offered their support, along with a generous supply of personal protective equipment.

The facility confirmed its first positive case on April 6.

“The situation at Legend Oaks just further illustrates how quickly this virus spreads, and how difficult it is to contain, especially in close quarters,” said Emergency Management Coordinator Thomas Griffith.

Three people under 17 have tested positive for COVID-19 in the county, officials said Monday.

One girl and two boys under the age of 17 were confirmed to have the novel coronavirus. All three live in the same zip code, 75401.

Officials also retracted a former case, for their 29th patient. The test result was misreported, according to officials, due to a problem with a fax.

The county has now had 34 total cases.

MD Medical Group is opening its tenth drive-thru COVID-19 testing site in North Texas, a representative for the company said.

The location is the second one for the group in Tarrant County and will be located next to The Potter's House Church Fort Worth campus at 1200 Woodhaven Blvd.

A company spokesperson said the company has already tested more than 1,000 people at its current Fort Worth location and continues to see an increase in demand, hence the opening.

Asymptomatic and symptomatic people can be tested at the group's different locations, as well as children who are at least 2 years old.

Those wishing to get tested are asked to make appointments for the test via phone at 1-888-776-5252. Same-day appointments are available, the spokesperson said.