A strong storm system will move through North Texas Friday. Some vaccine clinics have closed out of precaution. 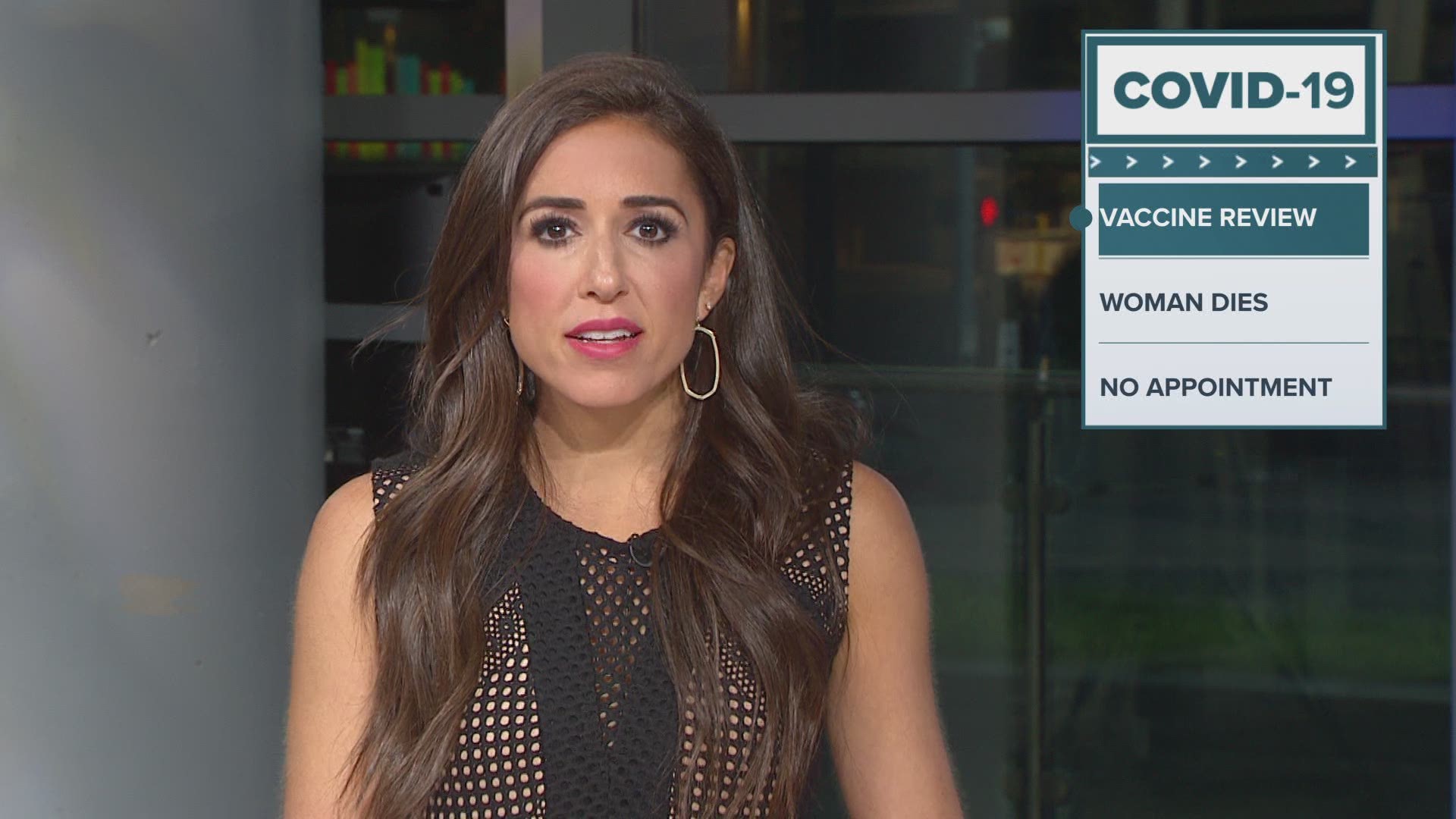 DALLAS — This story will be updated Friday as new information is released.

A number of vaccine sites across North Texas have closed Friday due to inclement weather, including clinics in Dallas, Denton, and Tarrant Counties.

The county said it will contact anyone who had an appointment so that they can be rescheduled. People can also call 817-248-6299 to reschedule.

Denton County Public Health also stated that its drive-thru vaccine clinic scheduled for Friday is canceled due to the threat of severe weather near the Texas Motor Speedway.

"After several meetings this week, tomorrow’s forecast represents increasing risk at the TMS site. In outdoor operations, lightning and hail are particularly dangerous and have forced us to reschedule," Denton County Judge Andy Eads said on Thursday.

Once additional first dose clinic details have been confirmed, DCPH will send rescheduled appointment details to those in need of a vaccine.

"We will send new appointments out to those canceled as soon as we’ve confirmed the dates and times," said DCPH Director Dr. Matt Richardson.

The Potters House in Dallas will also be closed Friday. Dallas officials said anyone with an appointment should come back on Saturday.

Judge Clay Jenkins said Fair Park in Dallas will be open until 12 p.m. Friday, weather permitting. Jenkins has been encouraging people on Twitter to get their vaccinations as they have hundreds of Moderna shots set to expire soon.