Health officials also reported Friday that 2,065 additional positive cases were added to the database and said that 31 more residents died. 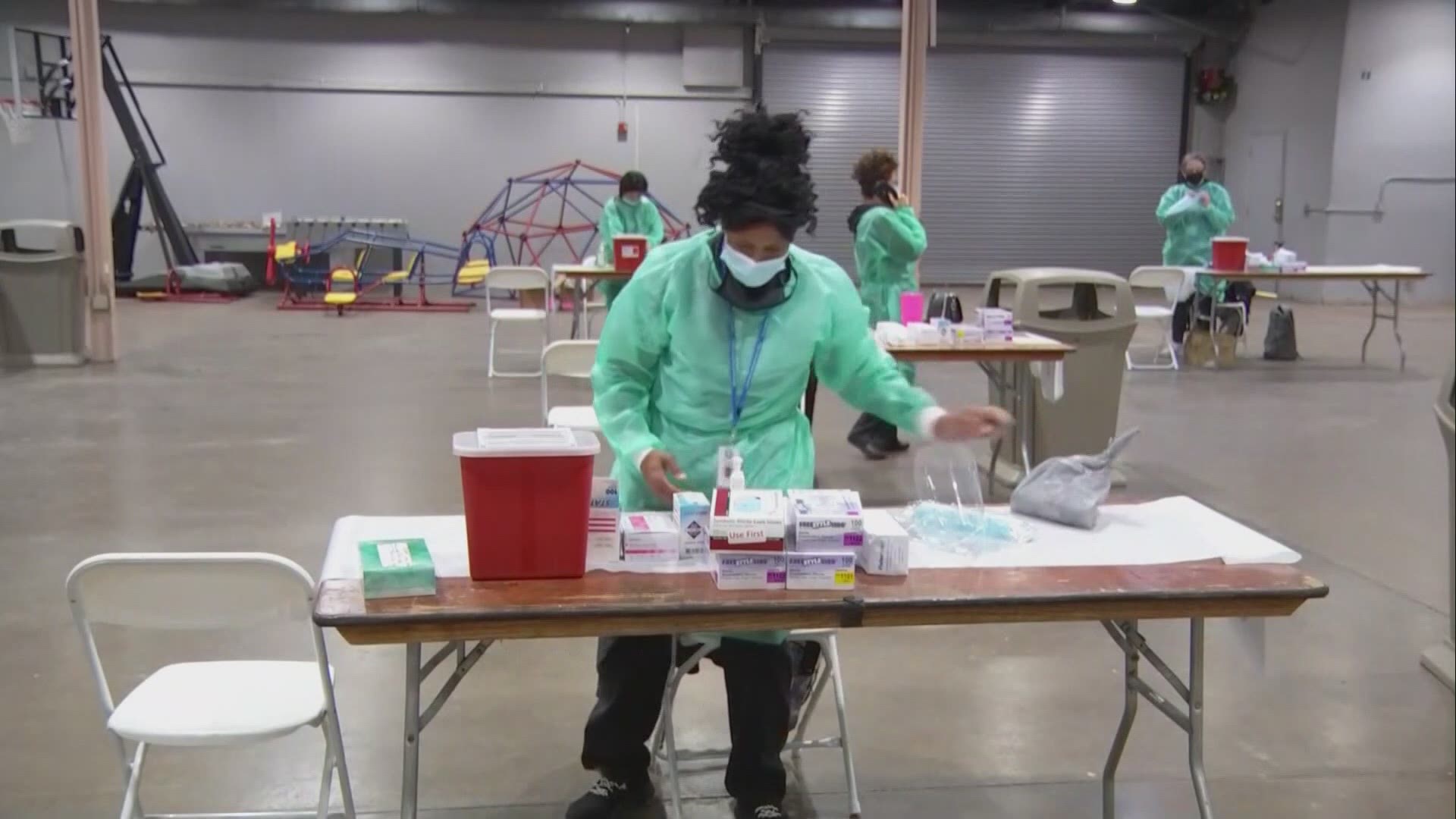 This story will be continuously updated as new information is released.

Dallas County health officials confirmed that four people have tested positive for the UK coronavirus variant, and none have a recent travel history outside of the U.S. The more infectious variant was first found in a Dallas man in his 20s last week.

Health officials also reported Friday that 2,065 additional positive cases were added to the database and said that 31 more residents died from the novel coronavirus.

The countywide total of confirmed cases is 215,443, including 1,975 confirmed deaths since tracking began in mid-March 2020.

Health officials said the 31 victims reported Friday ranged in age from their 40s to 90s.

Health officials said there are currently 114 active long-term care facility outbreaks – the highest number reported since the beginning of the pandemic.

“Our numbers should begin to go down in March as we get the benefit from the first few people being vaccinated and continue on a downward trajectory each month thereafter if and only if all of us collectively continue to make the patriotic sacrifices to keep our community and our country strong by wearing our mask, washing our hands, avoiding crowds and forgoing get-togethers,” said Dallas County Judge Clay Jenkins.

Health officials also confirmed 1,864 additional coronavirus cases in the country. The county has totaled 203,174 cases since tracking began in March.

Of those additional deaths, 12 were from December, and 26 are from January.

The victims ranged from being in their 40s to their 90s. According to health officials, all but four people had underlying health conditions.

Officials said the confirmed death number is expected to be larger on Fridays because of death certificate information shared by the state health department.

Each week, data received from the state is compiled and reconciled against previously known deaths and where the person lived. This data is reported each Friday, Tarrant County officials said.

Denton County reported a record number of deaths on Friday.

Fifteen additional residents have died of the coronavirus, county officials said, bringing the total deaths in the county to 283.

The deaths were mainly among men and woman in their 70s and 80s. One man in his 60s also died, officials said.

"We ask our community to cover their families and friends with thoughts and prayers," Judge Andy Eads said in a release. "Please continue utilizing masks, social distancing, and handwashing to slow the spread of COVID-19 within Denton County.”

County officials also reported 656 new COVID-19 cases, bringing the total number of cases in the county to 49,600 since March.

Mayor Eric Johnson approved a plan on Thursday to set up vaccination registration hubs in underserved areas of the city.

This comes after Dallas County commissioners decided against a vaccine plan to prioritize residents of certain ZIP codes after the state threatened to stop sending additional doses.

The locations of the hubs will be determined by the city's Emergency Management Coordinator, who has analyzed data from the Parkland Center for Clinical Innovation, the Community Health Needs Assessment, and the City of Dallas Office of Equity.

The data measures internet accessibility, computer availability, and the vulnerability of populations in the city's ZIP codes.

"Although COVID-19 vaccine distribution is currently Dallas County's responsibility, it is important to me that we get as many people signed up to receive the COVID-19 vaccine as possible because these inoculations will save lives," said Johnson.

"It is also critical for our city government to make decisions that are based on data and facts rather than on politics or anyone's gut feeling," he said.

After the hub locations are determined, Vaz will ask city councilmembers and the mayor to find volunteers for the sites.

The hubs must have enough space to conform to Centers for Disease Control and Prevention recommendations regarding social distancing, personal protective equipment (PPE), and proper site cleanliness.

The mayor also ordered all volunteers must wear masks properly and that appropriate precautions, such as temperature checks and COVID-19 pre-screening, are taken at the hubs.

Dallas County Health and Human Services said its Fair Park mega-site will be closed on Friday and Saturday because it has already administered the 9,000 doses received this week from the Texas Department of State Health Services.

There are more than 300,000 people who have signed up to receive the vaccine, either through the county’s online registration or by phone.

Thank you for the hard work of hundreds of people including these great volunteers! Over 18,500 (almost all of them senior citizens) have been vaccinated @fairpark in the last 2 weeks. We are out of vaccine for this week, so we are closed tomorrow and Saturday. 9k next week👍🇺🇸 pic.twitter.com/hjZh8un4lk

There were 218 new cases of COVID-19 in Texas licensed child care centers, school-age programs, and before- or after-school programs Thursday, according to the Texas Department of State Health Services. This includes both employees and children.

This comes after a record was on Wednesday when the state reported 257 additional cases.

This is the 12th straight day when more than 100 new COVID-19 cases were reported.

The facilities that reported multiple cases Wednesday include:

"Bob Manus died of complications from COVID-19. He will be missed by the Crossing Guard program, the City of Plano, and all those who knew him," a tweet said.

Plano officials said anyone who would like to send condolences to his family, can email alin@brinkerpta.org for contact information.

Today we mourn the loss of one of our longest serving Crossing Guard, Bob Manus.

Mr. Manus died of complications from COVID-19. He will be missed by the Crossing Guard program, the City of Plano, and all those who knew him.

Please keep his family in your thoughts an prayers. pic.twitter.com/3szneAZBhE