"If behavior doesn't change, by the time we get into January, it could be really, really scary." 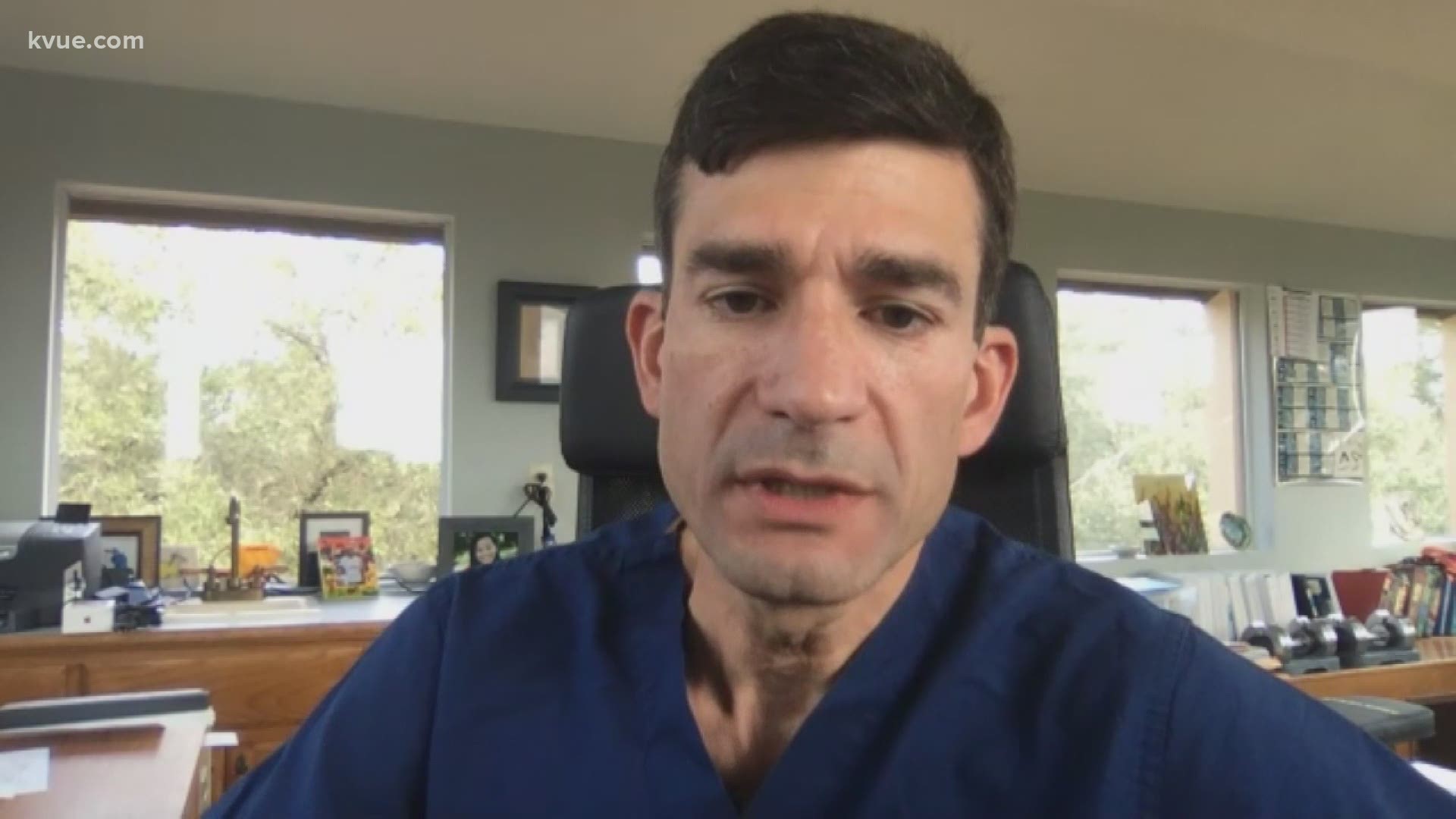 With Thanksgiving coming up, doctors say all major metrics are trending in the wrong direction.

"Rate of increase and the overall state of COVID is at a higher level now than it was in the summer," Dr. Mark Casanova, part of the Texas Medical Association COVID-19 Task Force, said. "The pump has been primed and now we're putting our foot on the gas. That's where many of us have great concern about what lies ahead over the next month, quite frankly."

On Saturday, Texas broke records for number of new cases at 12,597 and the seven-day average of cases, at 9,884 per day.

RELATED: The U.S. military has been called to help Texas combat COVID-19 twice. Here’s where

"Certainly our numbers are going up," Dr. David Fleeger, another member of the TMA COVID-19 Task Force and former TMA president, said. "They seem to be a little bit lower than other hot spots throughout the state, and I think that's because our Travis County residents there are paying attention. I have to give kudos to our hospitals – [they] are doing really a phenomenal job. They're busy, but they're not at capacity."

This spike in cases, hospitalizations and deaths is different than what Texas saw during the summer months.

"In the summer, we still had generally favorable capacity in our health care systems," Casanova, based in Dallas, said. "While there were some institutions that were getting quite busy and their ICU capacity was really getting up there as well as the hospital capacity, there were other regions in the state, for example, that were, just looking at Texas, that weren't hit quite as hard. Now we're hit hard across the state, across the nation."

As Thanksgiving fast approaches, doctors are worried people getting together unsafely will lead to more cases two to three weeks from now.

"The uptick that we're seeing now is actually the result of behaviors that occurred two, three or four weeks ago," Abikhaled said. "Even if people kind of pulled back and kept their distance more and wore their masks more consistently now, we wouldn't see that effect for another two or three or four weeks. So if you add into that a holiday where people are maybe even a bit more lax, we could really be in for big trouble a few more weeks down the road."

Abikhaled isn't just worried about Thanksgiving either; he's worried about the entire holiday season stretching to New Year's Eve and the beginning of 2021.

"If behavior doesn't change over the next several weeks, by the time we get into January, it could be really, really scary," Abikhaled said. "There [won't be] enough nurses and doctors to take care of all the sick people that are in the hospital, and then it means that there aren't enough beds in the hospital to care for those patients."

While doctors understand some people, realistically, will still gather for the holidays, they encourage everyone to continue wearing masks, washing their hands and social distancing as much as possible.