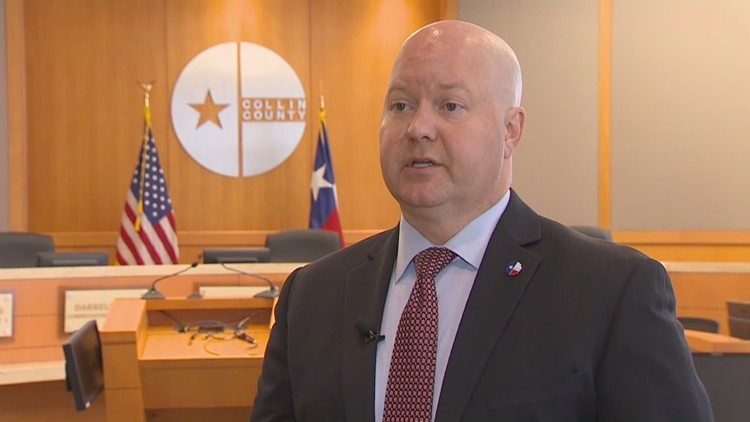 An alliance of North Texas business, health care, and government interests aiming for tough and consistent shelter-in-place policies to slow the spread of the coronavirus has Collin County’s "Stay Home, Work Safe" order in its crosshairs.

Collin County Judge Chris Hill imposed the order Tuesday, and from its beginning, the directive has drawn criticism for allowing more businesses to stay open to the public than stay-at-home policies in neighboring counties do.

Ken Malcolmson, president and CEO of the North Dallas Chamber of Commerce, said the organization favors regionally consistent safe-at-home policies in the face of the growing COVID-19 outbreak in North Texas.

“We think it needs to go as far as Dallas County has gone,” he said Wednesday in an interview with the Dallas Business Journal.

The Dallas County order, championed by County Judge Clay Jenkins, directs all but “essential” businesses to close to the public. Collin County's order says that all businesses are essential to the local economy and should thereby stay open if the business can abide by CDC guidelines advocating social distancing and other health and safety measures.

In announcing the order, Hill said “to protect the financial well-being and health of our Collin County economy, it is critical that we keep people at work."

In an interview with the Business Journal on Wednesday, Hill defended the order.

Hill said he and his team continue to monitor the situation by the hour and will do “what’s necessary and appropriate to keep the county safe.”

In his announcement, Jenkins and Dallas County Health and Human Services Director Dr. Philip Huang presented a graph based on information from the website COVIDActNow.

Estimates from the site show that if Texas were to continue to only social distance for three months, rather than issue a shelter-in-place policy, as many as an estimated 430,000 people could die from COVID-19, and hospitals would be overloaded by April 28.

A statewide shelter-in-place policy would dramatically drop the death toll and would prevent hospitals from being overrun, according to the projections Jenkins and Huang presented.

“We are very much in support of County Judge Jenkins and his proactive approach to this whole thing,” Malcolmson said.

Hill said he has seen the COVIDActNow estimates and neither agrees with nor disputes the conclusions.

“I’ve seen the website, but I would not even say that I’ve ventured to study it or know the models or what they put behind it,” he said. “Everybody and their uncle can make their own models. I don’t have enough ability to speak to the science or the assumptions behind the COVIDActNow model.”

Jenkins' order came after Gov. Greg Abbott declined to issue a similar directive for the entire state. Jenkins along with the North Dallas Chamber, Dallas Regional Chamber, Dallas-Fort Worth Hospital Council and other North Texas organizations urged Abbott to issue the statewide shelter-in-place, but the governor said to do so would be unfair to rural counties that to that point had no cases of COVID-19.

The North Texas contingent continues to push for a statewide directive, Malcolmson said.

“We’re biding our time, but as each day passes, there’s more clarity about the severity of the issue,” he said. “We still believe we need to be advocating for a statewide solution.”

“The patchwork approach toward directives and guidelines just doesn’t seem to work,” Malcolmson later added. “It’s inconsistent, and it just creates issues of passing the virus from one county to another, etc.“

“Going forward, absent statewide emergency regulations, I hope that our county judges and mayors will adopt a regional approach for dealing with this pandemic,” he said on Tuesday when announcing an emergency regulation to allow Dallas County’s stay-at-home provisions to be enforced in parts of the city that fall outside the county’s jurisdiction.

Dallas County's order is intended to save lives and keep hospitals from exceeding their capacity of COVID-19 patients, said Steve Love, president and CEO of the DFW Hospital Council.

He said the hospital council favors more expansive stay-at-home orders, such as the one in Dallas County, but added that county judges are in a tight spot

"I don’t think there’s any county judge who’s going to tell you that they don’t want to do what’s best for the health of their community, but they have to weigh that against, ‘Am I doing too much that’s going to really hurt the economy?’” Love said. “Is there any middle ground where we can certainly serve the community but we try not to hurt the economy?”

Love says he does not see the differences between the Dallas County and Collin County directives as a failure of leaders to work together for the broader good of the region.

“I think they have clearly been collaborating,” Love said. “They just look at it with different viewpoints.”