'We feel very blessed that we’re going to be able to provide for our families again': Bars in Tarrant County prepare to reopen

Bars in Tarrant County got the green light to open at 50 percent capacity Wednesday. Some fear opening their doors might not be enough. 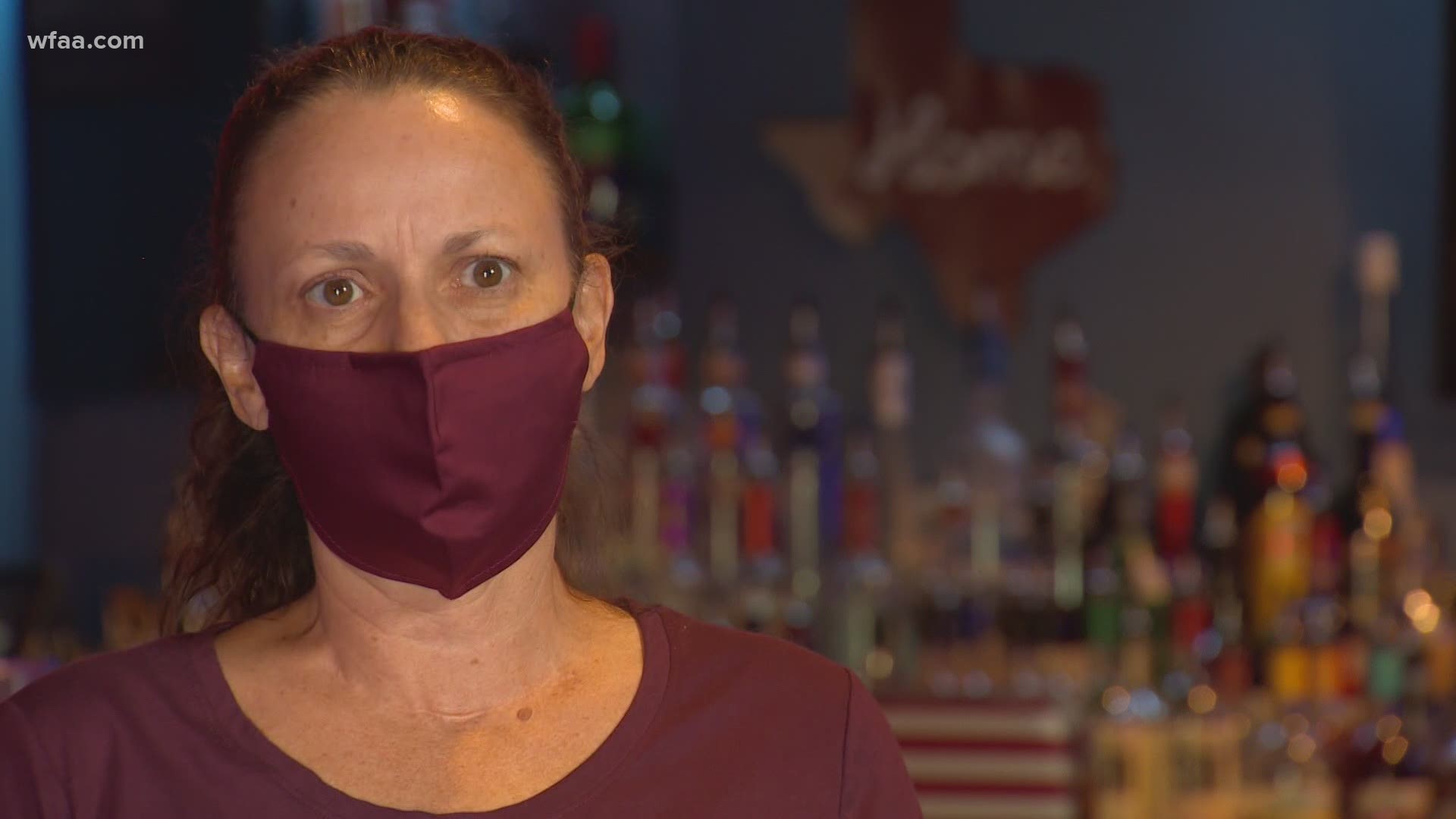 TARRANT COUNTY, Texas — The staff at Mary’s Outpost in Grand Prairie was putting the finishing touches on the grand re-opening plan Wednesday afternoon.

“We’re a family here,” said owner Kimberly Brown. “We all take care of each other. It’s going to be great having everybody home.”

RELATED: MAP: These are the counties where bars can open in Texas

“I was surprised and very excited,” Brown said. “We feel very blessed that we’re going to be able to open and provide for our families again. It’s been a struggle and we were getting scared that we might not be able to continue.”

RELATED: Panther Island Brewing in Fort Worth prepares to open after months of COVID shutdown

Mary’s Outpost is just west of Dallas County where County Judge Clay Jenkins has not allowed bars to open.

“We’re definitely blessed that we’re on this side and that Judge Whitley’s given us this opportunity to show how safely we can operate,” Brown said.

About two miles away sits Balones GP, located on the Dallas County side of Grand Prairie. The staff and owner there say sometimes, being able to open your doors isn’t enough.

Rodriguez said most of the bars in the neighborhood have been open for weeks after recategorizing as restaurants under special COVID-19 state licensing changes.

But despite open doors, Rodriguez said regulars are staying home, either because they can’t afford to stop by for a drink and a meal, or they’re concerned for their health. Either way, fewer customers means empty tables and fewer tips.

“Its been hard,” Rodriquez said. Nobody’s prepared for times like this.”

As difficult as it’s been, both bars are hoping for better days, but say they can’t do it alone.

“I would like to invite everybody to support local businesses,” Rodriquez said.

“We’re really excited to have everybody,” Brown said. “Not only the money to be able to provide for our families at home but to be able to be together here.”