The facility will take patients who need a "lower acuity of care" to help relieve stress on local hospitals. 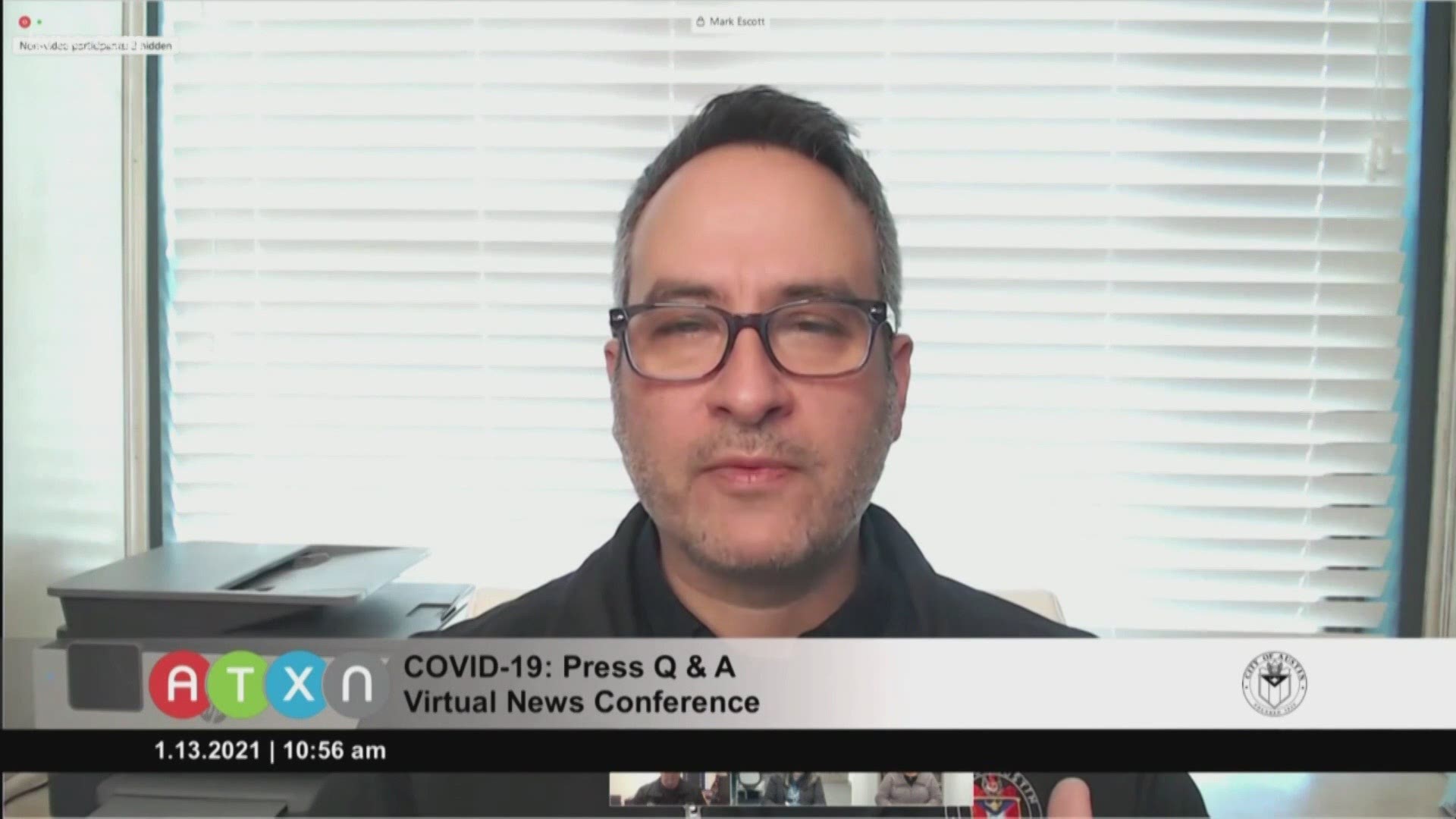 AUSTIN, Texas — The alternate care site (ACS) at the Austin Convention Center is now open and accepting patients. As of 9:45 a.m. on Monday, 10 patients were transported to the site and an unspecified number of other patients' charts were being reviewed for admittance.

The facility will take specific patients who need a "lower acuity of care" to help relieve stress on local hospitals, which would still care for patients needing a higher level of intensive care, according to the City. The facility has a capacity of 25 beds and can expand to 250 more beds if needed.

"This Alternate Care Site in Central Texas will reduce the burden on local hospitals and help ensure that Texans diagnosed with COVID-19 receive the care they need," said Gov. Greg Abbott. "I thank our partners in Travis County, the City of Austin, and the Capital Area Trauma Regional Advisory Council for working collaboratively with the State of Texas to establish this facility. We will continue to provide the resources and support that our communities need to keep Texans safe."

The State of Texas is helping with staffing at the alternate care site, but overhead costs of the field hospital will have to be worked through with the city's budget office, Austin Public Health said. Dr. Mark Escott, the city's top doctor, said it is a regional center and other local jurisdictions will share the expense.

The announcement of the opening of Austin's ACS comes as ICU capacity still teeters the line of becoming overrun. Dr. Mark Escott said in a meeting with City leaders Tuesday that hospital capacity becoming overwhelmed was "inevitable," according to data from UT's COVID-19 Modeling Consortium.

Austin's hospitalization rate was at 19% as of Jan. 12. He said that for ICU beds, the median projection for exceeding capacity is in one day, according to the UT models.

Patients entering the ACS will be transferred from hospitals. It is not a walk-up site, the City said.

“Opening the facility is a signal to the community that we have a long way to go in our fight against COVID-19 and we are grateful to the Texas Division of Emergency Management for their support in the rapid opening of this facility,” said Escott. “While we have increased the capacity of our healthcare system, we have to reduce our risk and flatten the curve immediately. Central Texas must come together and say that we will not accept unnecessary hospitalizations and death due to COVID-19.”

With limited beds left in the ICU, it will help expand the capacity of hospitals in Travis County and the surrounding region.

I'm taking you inside to answer some questions about the facility. pic.twitter.com/6P1WzEGf2l

As of Jan. 12, ICU admissions were at 180, out of the total capacity of 200 for the area. Escott said the area has been at the 180 mark for three days in a row and added that the plateau was helpful "for us to catch our breath."

The Austin-Travis County ACS was established over the summer during the area's first major surge.

Alternate Care Site is open for business, as of this morning.

"Activating the Alternate Care Site means that we believe that it is inevitable that the healthcare system in Central Texas will exceed capacity and will soon be overwhelmed," said Dr. Jason Pickett, the alternate health authority for Austin-Travis County. "When we exceed capacity, we will do so not only for COVID patients but for all individuals needing hospital care in this community. We need this community to take substantial steps now to avoid a catastrophic surge."

Patients must be referred to the ACS by hospital staff and will likely be transferred from local hospitals based on criteria established in consultation with physicians and hospital staff, according to a press release from the weekend.

The facility will have doctors and other medical personnel on-site 24 hours a day. The facility also has meals and beverages, laundry services, personal protective equipment and other necessities.

According to a joint statement from Ascension Seton, Baylor Scott & White Health and St. David’s HealthCare on Tuesday, the 2,473 staffed beds within all three healthcare systems are 75% occupied, and the 483 ICU beds are 91% occupied.

Did the pandemic cause a baby boom or baby bust in Austin?