The Phoenix Police Department said they knew about the official demonstration, and the crowd in Target was followed out by a community response unit detective. 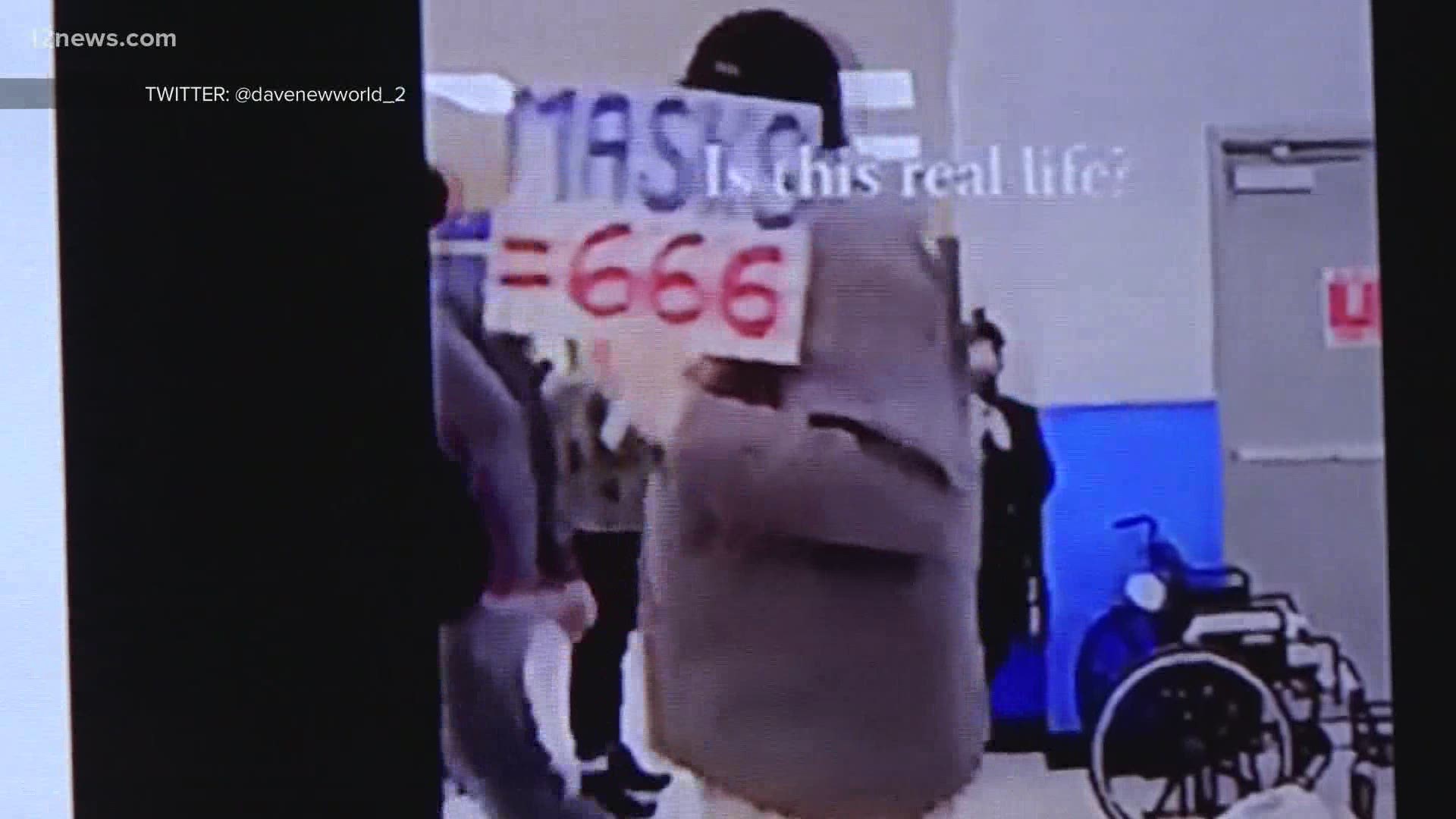 PHOENIX — A new viral video of anti-mask protests sparked on Friday after a group from an organized demonstration entered a Christown Spectrum Target carrying flags and signs.

Jenny Guzman was in the store looking for wrapping paper when she heard the protestors.

“They were going through all the aisles screaming and chanting," she said.

At first, Guzman wasn't sure what the noise was about. But when they got closer, she knew.

“It really didn’t take long for me, and a lot of other people, to realize they're anti-maskers and the general consensus around was, 'these people are ridiculous,'" she said.

The group headed toward the store exit when Guzman was approached by one of them.

“This other girl came up to me, she saw me filming and she started demanding, she’s like 'explain the science to me.' And I was like 'what?'”

The Phoenix Police Department said they knew about the official demonstration, and the crowd in Target was followed out by a community response unit detective.

Arizona State psychology professor, Dr. Adam Cohen said that a cause for these types of demonstrations stems from a distrust of science set early in the pandemic.

“Anytime a scientific recommendation changes, you know, people think that means they don’t know what they’re talking about," Dr. Cohen said. “What I really think is the bigger part of it is that this has become a highly politicized issue.”

“One thing that we see very often is claiming that it goes against my right, my freedom. It's restricting my freedom, which is the same argument from the 1960s when there were federal seatbelt mandates."

The Phoenix police said that none of the other store occupants have pressed charges and no one was arrested in connection with the demonstrations.