'This is a serious virus': After months-long fight with COVID, Irving restaurant owner leaves hospital

Hugo Miranda has been battling COVID-19 for five very long months. On Thursday, he returned home in the arms of friends and family. 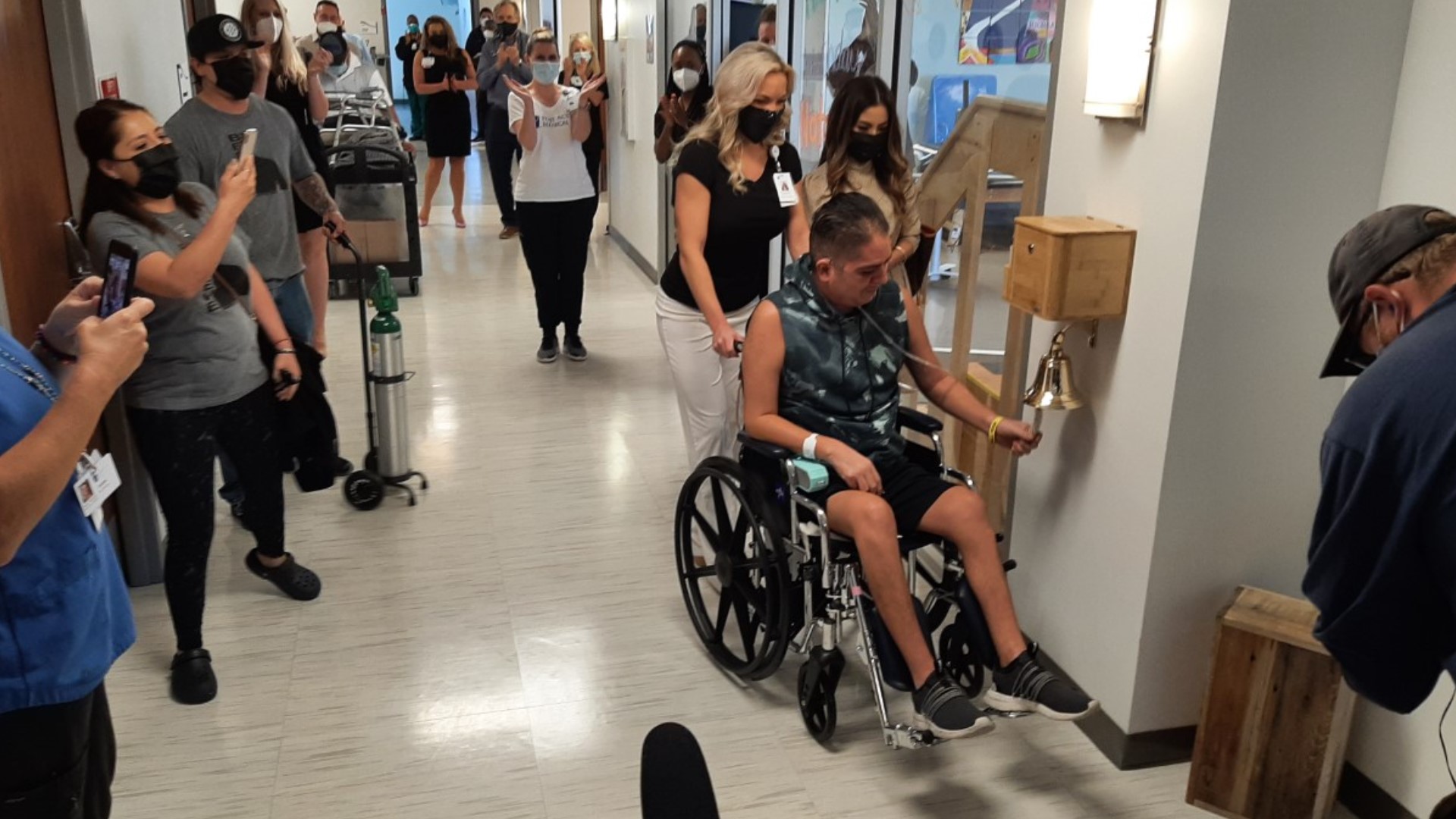 The Irving restaurant owner was wheeled out of the Post Acute Medical Rehabilitation Hospital of Richardson on Thursday. But not before ringing the all-important bell outside his hospital room flanked by the nurses and doctors and staff who helped him.

"It's joy. It's going back to life, that's what that bell means to me," cried Miranda.

On the bottom floor of the hospital, more than two dozen family and friends wearing "Believe" shirts with Miranda's face imprinted on them were waiting for him to exit the elevators.

WFAA has chronicled Miranda's path to recovery over the last several months. It started with weekly prayer gatherings at Methodist Richardson to the send-off from the hospital to long-term care at PAM Rehabilitation Hospital.

The first people to embrace him was his two young children. They were his inspiration during his fight with COVID-19.

His body has atrophied and he's lost 60 pounds over the course of five months. His wife Beatriz told WFAA that he will still needs to be on a supply of oxygen.

"I never stopped praying for my husband, all the time," said Beatriz.

Miranda still has two months of outpatient care with physical, occupational, and respiratory therapies. He has survived the toughest bouts with COVID, but there is still a ways to go.

His wife told WFAA he will not be returning to his restaurant for quite some time. She wants him to be fully healthy.

"I just want people to know this is a serious disease...and a serious virus," he said.