The Arlington, Dallas, Fort Worth, Grand Prairie and Plano mayors sent a letter to the Texas governor asking to be allowed to require people to wear masks. 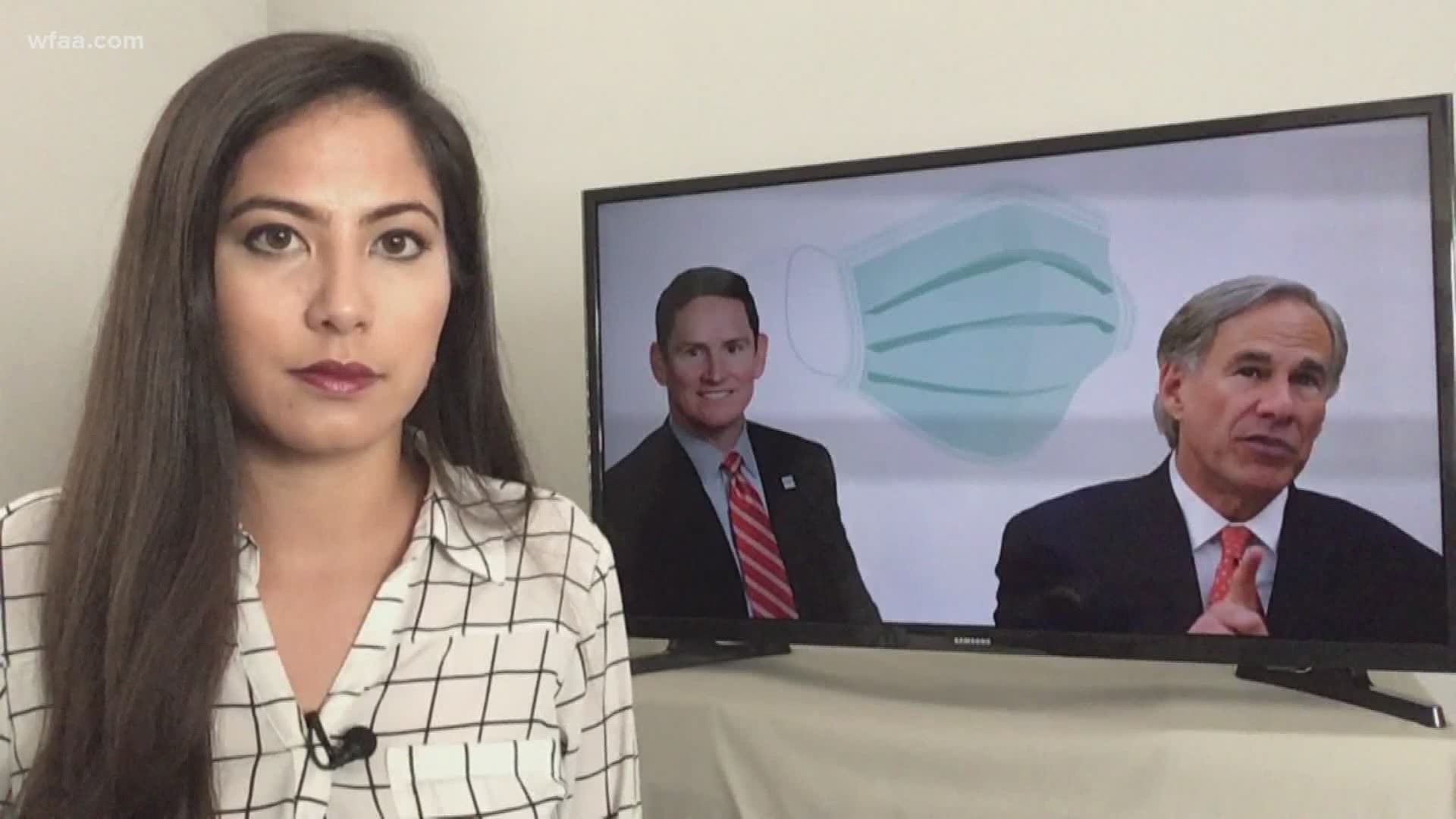 Nine Texas mayors sent a letter Tuesday to Gov. Greg Abbott asking for the authority to set local rules that would require people to wear facial coverings in an effort to stop the spread of COVID-19.

"A one-size-fits-all approach is not the best option," the mayors wrote. "We should trust local officials to make informed choices about health policy."

The state has seen an increasing number of daily coronavirus cases, which the governor said is because some people "may not be practicing all these safe standards."

"Every single individual in Texas has the unique ability and responsibility to make sure they don't get COVID-19 just by following these safe practices of wearing a mask, washing your hands and keeping a safe distance," Abbott said during a Tuesday afternoon news conference.

Though the governor's orders encourage people to wear masks and to practice physical distancing, the measures are not required.

"Putting people in jail is the wrong approach and that's exactly what I think the Dallas County judge wants to do," Abbott said on Tuesday. "[Clay] Jenkins hasn't lifted a finger to use other tools of enforcement."

The governor did not clarify what other "tools" he meant but did say the judge could ensure there aren't large gatherings.

Dallas County Judge Clay Jenkins released a statement Tuesday afternoon saying the governor's office asked him what he thinks is causing an increase in the reported number of coronavirus cases.

"Increased activity and human contact," Jenkins said he replied. "Loosening of masking and social distancing. Both brought by the governor's decisions to accelerate opening and limit our local ability to enforce recommendations from governor or medical experts."

The judge said he is asking that Abbott either require people to wear masks or allow local leaders to set such rules.

"If you do not have plans to mandate face coverings statewide, we ask that you restore the ability for local authorities to enforce the wearing of face coverings in public venues where physical distancing cannot be practiced," the mayors wrote.

In the letter and the Dallas County judge's statement, the local leaders emphasized that medical experts have recommended the wearing of face masks to prevent COVID-19 from spreading.

Abbott himself has repeatedly encouraged the use of facial coverings.