21 on cruise ship off California test positive for virus

The Grand Princess cruise ship may be the breeding ground for a deadly cluster of at least 10 cases during its previous voyage. 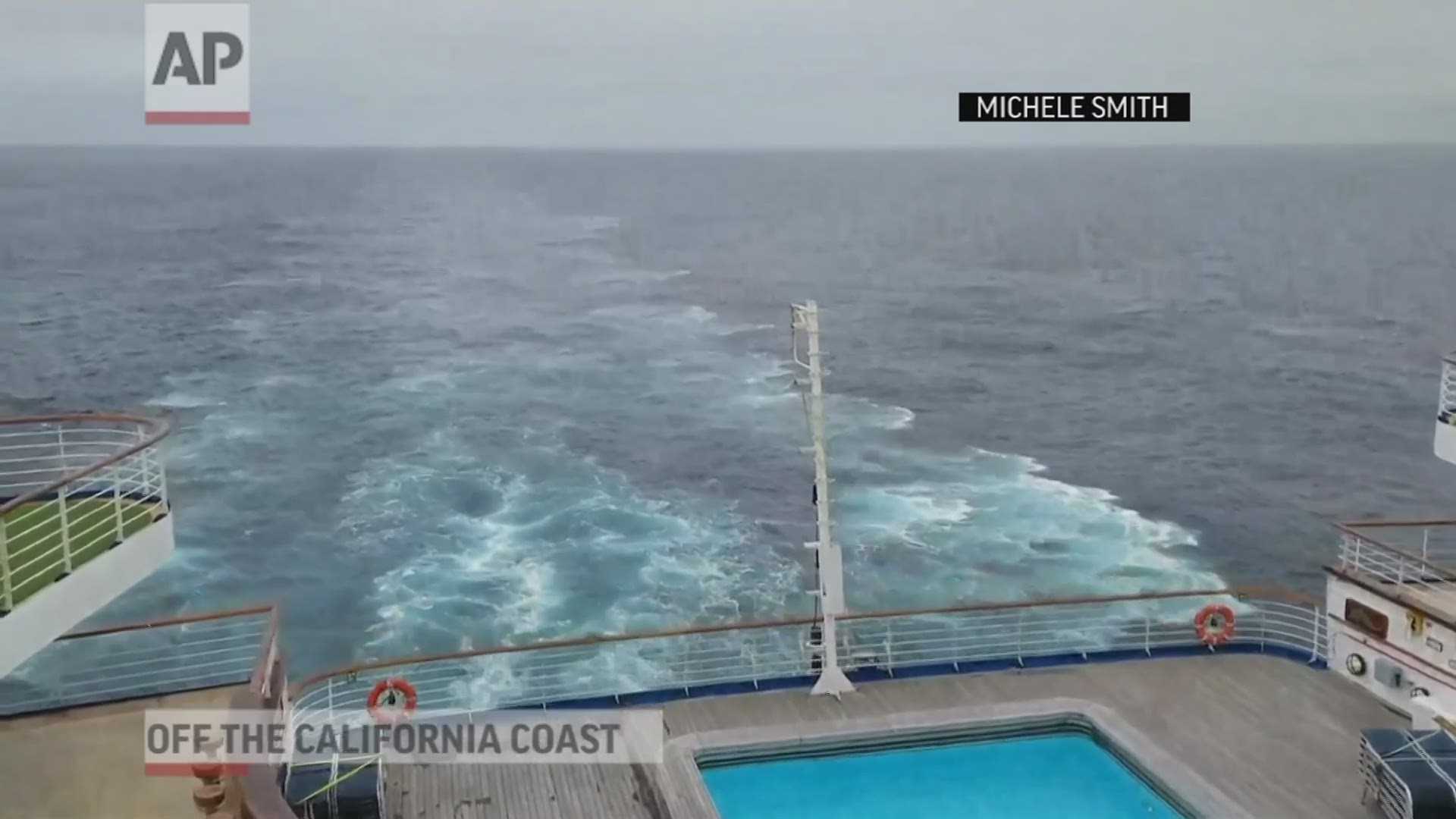 Pence said Friday that the federal government is working with California officials on a plan to bring the ship to a non-commercial port this weekend. The 3,500 passengers and crew members will be tested for the virus.

"It's very likely the crew of the Grand Princess was exposed on two different outing and we know the coronavirus manifested among the previous passengers," Pence said during the press conference. "We will be testing everyone on the ship. We will be quarantining as necessary. But with regard to the 1,100 member crew, we anticipate they will be quarantined on the ship, will not need to disembark...We're working hour by hour with the Department of Defense and with the state of California to identify the military where we'll do the testing of the remaining passengers."

Travis Air Force Base and Lackland Air Force Base in San Antonio were then identified as military bases that could house the quarantined cruise ship.

Friday's test results come amid evidence the vessel was the breeding ground for a deadly cluster of at least 10 cases during its previous voyage.

According to the CDC, coronavirus (COVID-19) is a family of viruses that is spreadable from person to person. Coronavirus is believed to have been first detected in a seafood market in Wuhan, China in December 2019. If someone is sick with coronavirus, the symptoms they may show include mild to severe respiratory illness, cough, and difficulty breathing.

Currently, there is no vaccine, however, the CDC suggests the following precautions, along with any other respiratory illness:

The CDC also says facemasks should only be used by people who show symptoms of the virus. If you’re not sick, you do not have to wear a facemask. The CDC says the immediate risk to the U.S. public is low.

FOR NEWS IN YOUR COMMUNITY, DOWNLOAD THE ABC10 APP:

The Rocklin man who died from coronavirus, California's first confirmed death related to the illness, may have contracted the virus while on a cruise, officials say.