One dead, 51 infected with coronavirus at Safeway distribution center in Tracy, Newsom confirms

Multiple employees have told ABC10 over the past week that Safeway's new actions to prevent COVID-19 spread at the warehouse are "too little, too late." 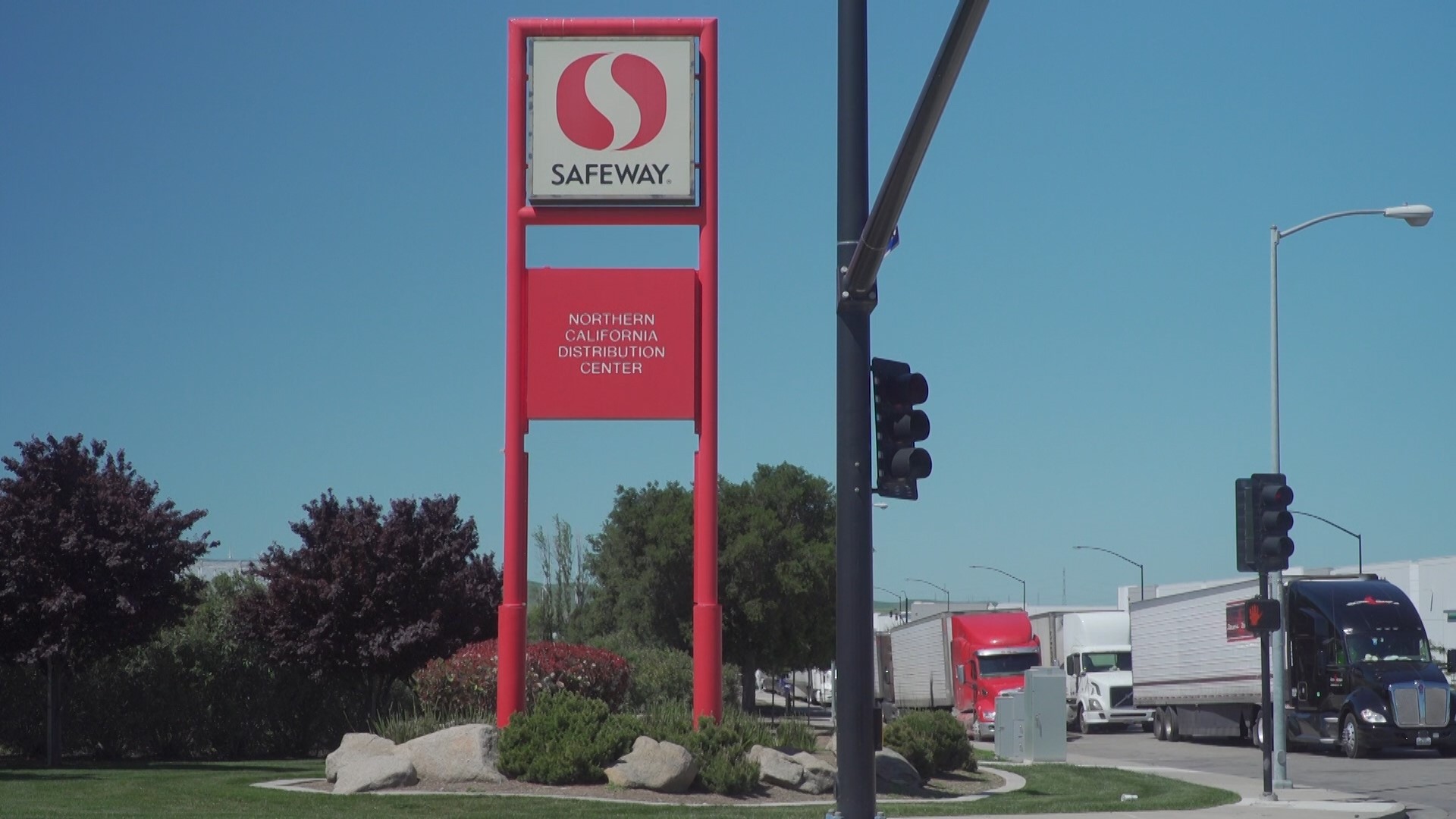 TRACY, Calif. — After announcing a new executive order that allows front-line essential workers to take a supplemental paid sick leave, Governor Gavin Newsom referred to the Safeway Distribution Center in Tracy as an example of why he acted.

The warehouse, which has more than 1,700 workers, has had 51 people test positive for COVID-19 and one person die due to complications from the virus.

"It reinforces the anxiety people may have that don’t have basic care or basic sick leave," Newsom said at his daily press briefing on Thursday.

ABC10 has spoken to several workers at the warehouse over the past week, all of whom have said the number of COVID-19 cases could have been prevented had Safeway acted sooner.

ABC10 has asked Safeway multiple times for confirmation on the number of employees who have tested positive, but the company declined to confirm the number.

Instead, Safeway responded several times by sending statements listing the new safety procedures it has taken to prevent the spread of COVID-19.

RELATED: After a Safeway warehouse employee dies from COVID-19, coworkers say the company took too long to act

Still, the employees that ABC10 spoke with say that Safeway's new actions are "too little, too late."

The employees we spoke with agreed to share their side of the story if they remained anonymous, out of concern of retaliation.

"If they had more concern for us, then they would’ve taken those preventative steps beforehand," one employee told ABC10.

That concern is especially relevant as one employee died on April 13 after contracting COVID-19. Multiple employees confirmed this is the GoFundMe account dedicated to him.

In San Joaquin County, where the distribution center is located, 369 people have tested positive for the virus, and 17 people have died, according to public health officials.

One of the reasons employees say there's been a large number of workers testing positive is because many employees can't afford to go unpaid if they're missing out on work.

Workers said as the demand on grocery stores increases, the distribution center has been having employees work overtime — 16 hours a day, six days a week.

RELATED: On the front lines with 'essential' workers: What's working and what's not

"I said overtime is hard to get, and now all these guys are getting fat paychecks," another employee told ABC10. "And so people who are sick don't want to stay at home because they make that money. So it's creating a bad situation. There were guys coughing and they were trying to hide it."

Newsom directly addressed this after announcing the supplemental paid sick leave by saying simply, "We don't want you to go to work if you're sick."

One Safeway Distribution Center employee, who is currently at home and not receiving pay after he apparently tested positive for COVID-19 at work, said he's happy state leaders are taking action.

"It's about time something happened," he said. "The words reached where they needed to be reached and something was done about it."

He said he plans on taking advantage of Newsom's new directive in order to get paid while recovering. He previously told us while he was deemed essential, he feels replaceable and questioned why was putting his health on the line.

It's a sentiment that was heard by Newsom.

"I heard a few grocery workers say they're called essential but increasingly they feel like they're disposable. You are essential and you're valued," Newsom said. "I want to extend my deep admiration and appreciation to you that need to be called out at this moment for meeting this moment."

ABC10 has reached out to Safeway multiple times. We initially asked for a confirmed number of employees that have tested positive. After Newsom's announcement, we asked for a comment. The only response we've received is the same press release that was sent after they implemented new safety measures following our initial report.

In the release, Safeway named the steps their taking they’re asking associates to stay home if a member of their household has been diagnosed with COVID-19 or if they have symptoms. Other measures they say they’ve taken are:

We also reached out to the San Joaquin County Health Department. They said they’re working with the state on containment and infection control measures.

FOR THE LATEST CORONAVIRUS NEWS,
DOWNLOAD THE OUR APP:

►Stay In the Know! Sign up now for the Daily Blend Newsletter