ViaScan and Metro Fire offer a free body scanning program to firefighters with a small co-pay. 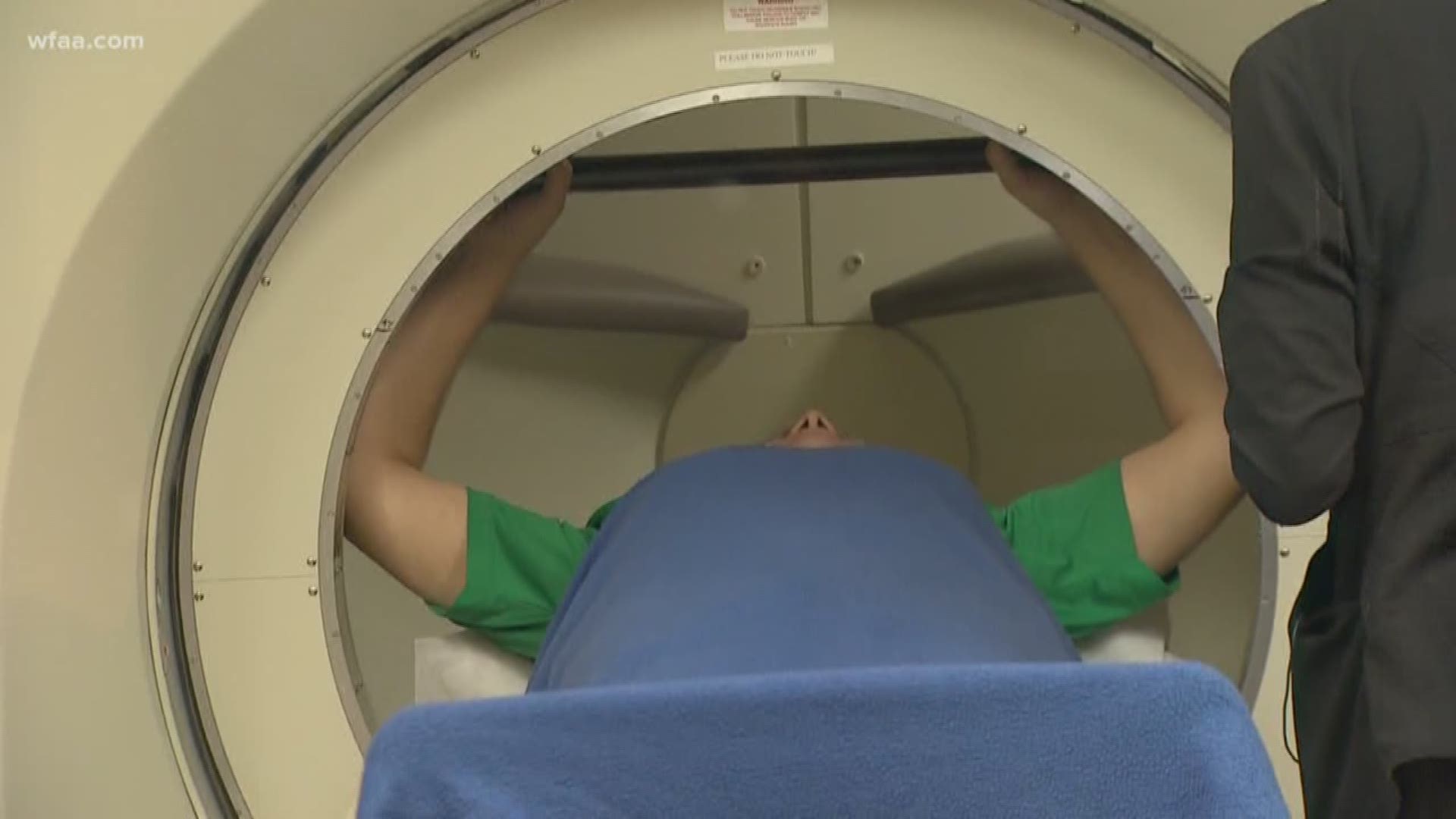 IRVING, Texas — In recent years, there's a growing concern of firefighters diagnosed with cancer. The chemicals they are exposed to at work are linked to the disease.

"It took me about four-and-a-half months to get diagnosed," said Captain Robert Webb of the Fort Worth Fire Department.

He said he had no obvious signs for a long time, but one morning, he noticed a lymph node on his chin while shaving. Webb was diagnosed with stage four non-Hodgkin's lymphoma. The cancer had already spread across his body.

Webb said he is one of at least 60 Fort Worth Firefighters who had or still have cancer. After six rounds of chemotherapy, he is now in remission.

The fire captain is on a mission encouraging firefighters to look out for their health. That's why he is grateful for a new project launched by ViaScan and Metro Fire Apparatus.

Metro Fire set up a $100,000 endowment to provide 250 firefighters in Texas with an opportunity to get a body scan at ViaScan in Irving.

The firefighter will have to pay a $25 registration fee, but that money is given back to provide more firefighter scans. The hope is to keep the momentum going and continue helping more than 250 firefighters.

Dr. John Duncan, Founder and CEO of ViaScan said, "We have to help firefighters. If we don't help them, who is going to respond?"

Dr. Duncan scans firefighters almost every day. He said he has caught cancer in several first responders. It gives firefighters the opportunity to detect cancer early and get treated before it gets worse.

The scans normally cost thousands of dollars. He hopes firefighters in Texas will take advantage of this program.