Lisa Smith is warning others that napping in a car seat can turn fatal for small children. 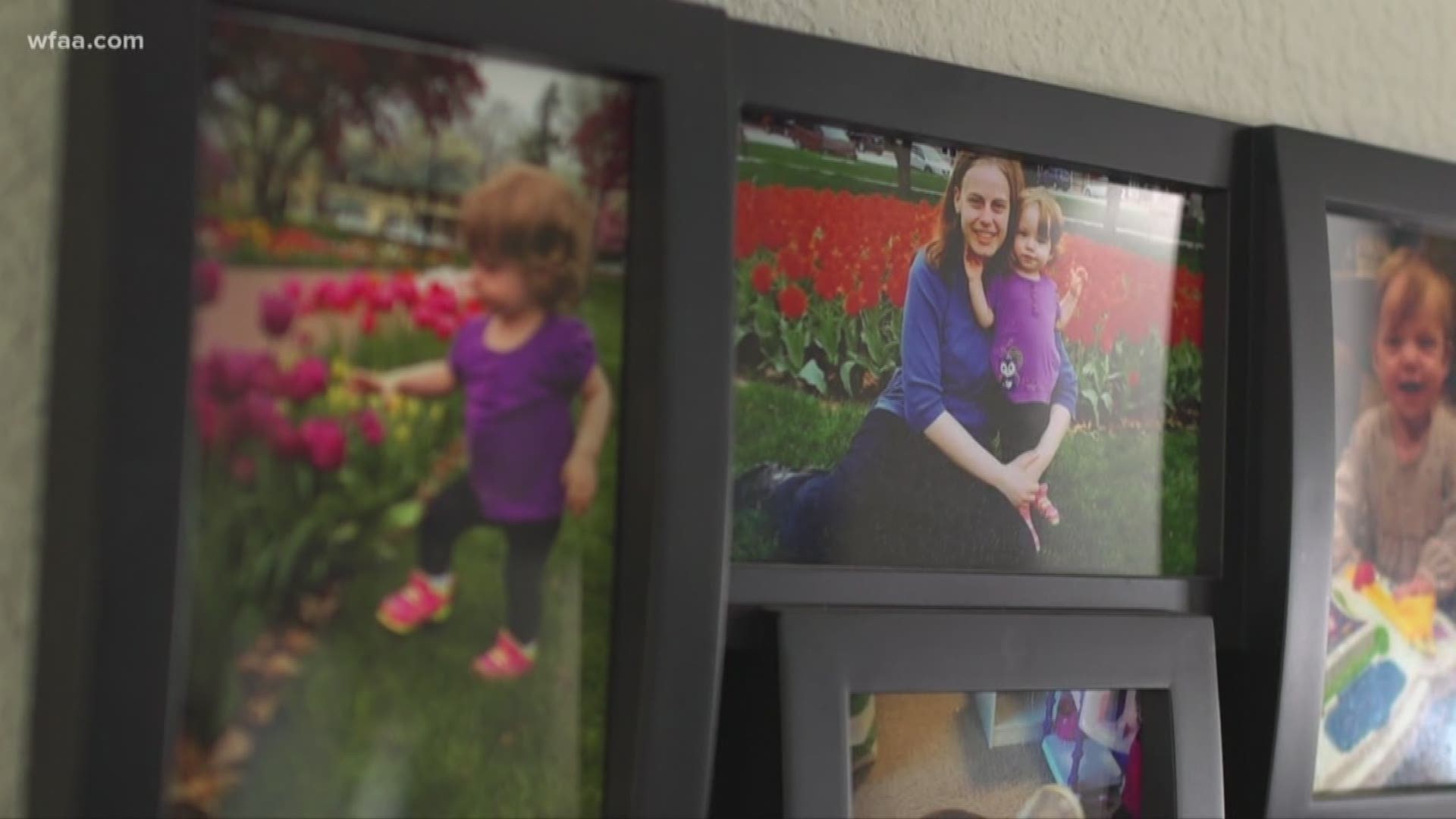 ALEDO, Texas – Three years after Mia Smith died while napping in a car seat, her mother hopes her story might warn unsuspecting parents – and save the lives of other children.

Mia wasn’t even 18 months old when her longtime babysitter put her down to nap in a car seat.

“I got a call while I was at work,” her mom, Lisa Smith, said. “Worst call I’ve ever had in my life. ‘Drop everything. Mia didn’t wake up from her nap.’”

Mia’s cause of death was what’s called positional asphyxia, which happens when a person’s breathing is restricted by their position.

“There's nothing about the car seat that's designed to sleep,” said Sharon Evans, a trauma injury prevention coordinator at Cook Children’s Hospital. “Of course, if the straps aren’t tight, the child can kind of slump down.”

Evans said it’s a common misconception that car seats can be used to let babies sleep in, outside of the car. The problem is that babies can be strangled by the straps, or their heads can flop, cutting off their airways.

A Journal of Pediatrics study found 31 children died while sleeping in car seats over a four-year period.

“How many parents do you think might not know this?” Smith asked. “Probably a lot.”

That’s why she shares Mia’s story as often as she can.

“I walk around town and see people using a car seat on the seats at restaurants or putting them on the floor at tables,” she said. “I literally walk up to people and I say, ‘You know, I had a daughter who was seventeen-and-a-half months who passed away and I just want you to be really careful.’”

Lisa knew the risks as a young mother and didn’t let Mia sleep in a car seat. She had no idea that the babysitter, who ran a licensed home daycare in Iowa, did.

And she doesn’t want anyone else to feel the pain she felt by having a child die the way Mia did.

“She was our first born, our only child, and she didn't deserve what happened to her,” Lisa said. “But other families don't deserve this to happen to them either.”