Halloween Trick: Granbury woman believes her wedding ring slipped off as she handed out candy

The family is offering a $1,000 reward to anyone who can return a treasured piece of jewelry 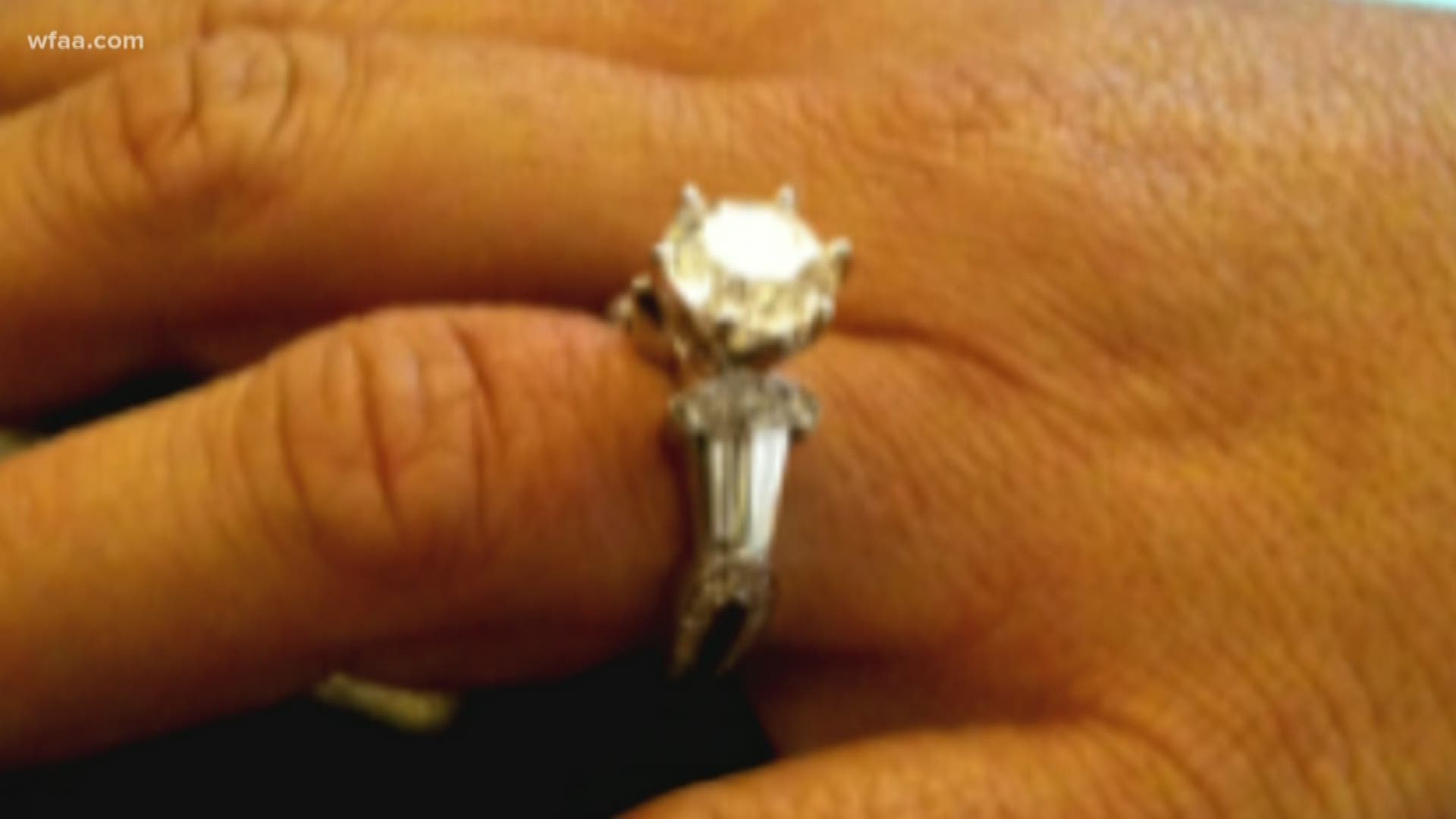 GRANBURY, Texas — It has been nearly a week since Halloween night, but Angela and Jay Stanaford are still holding out hope that their horror story will have a happy ending.

The Stanafords believe that Angela's diamond wedding ring was accidentally lost when she was handing out candy to kids.

On Halloween, The Stanafords were at their friends' home on Canvasback Drive in the Water's Edge neighborhood of Granbury. They said they combined all of their candy to distribute and were visited by hundreds of kids. Angela knows she was wearing the ring because she can spot it in a picture from that evening.

"It's white gold and has a solitaire. Four baguettes, two on each side," she said.

Stanaford didn't notice it went missing until the following morning. They searched the house and the trash, and then she realized that the ring is quite possibly in a child's candy bucket.

It had been cold that evening, and Angela suffers from neuropathy after treatment for breast cancer.

"So I don't feel a lot. And it just came to me that it had to have slipped off and I didn't feel it," she said.

The Stanafords have been married for 26 years. The ring was a special gift to mark their 10th wedding anniversary. They picked it together on a trip, and she has worn it ever since, taking it off only when she sleeps at night.

The ring is insured, but the sentiment can't be replaced. It's why they are sharing their story and offering a $1,000 reward.

Granbury Police have also shared an image of the ring on the couple's behalf on Facebook.

It could still be mixed in with Snickers, Skittles or even Ring Pops. They are hopeful that someone will find it and reach out. For the Stanafords, it would be much more than a treat to get the jewelry home.

"We'll have our miracle and we'll find our ring," said Angela.