Habitat for Humanity home goes up in Sundance Square

A Trinity Habitat for Humanity home is being constructed during 12-hour shifts through Saturday night. 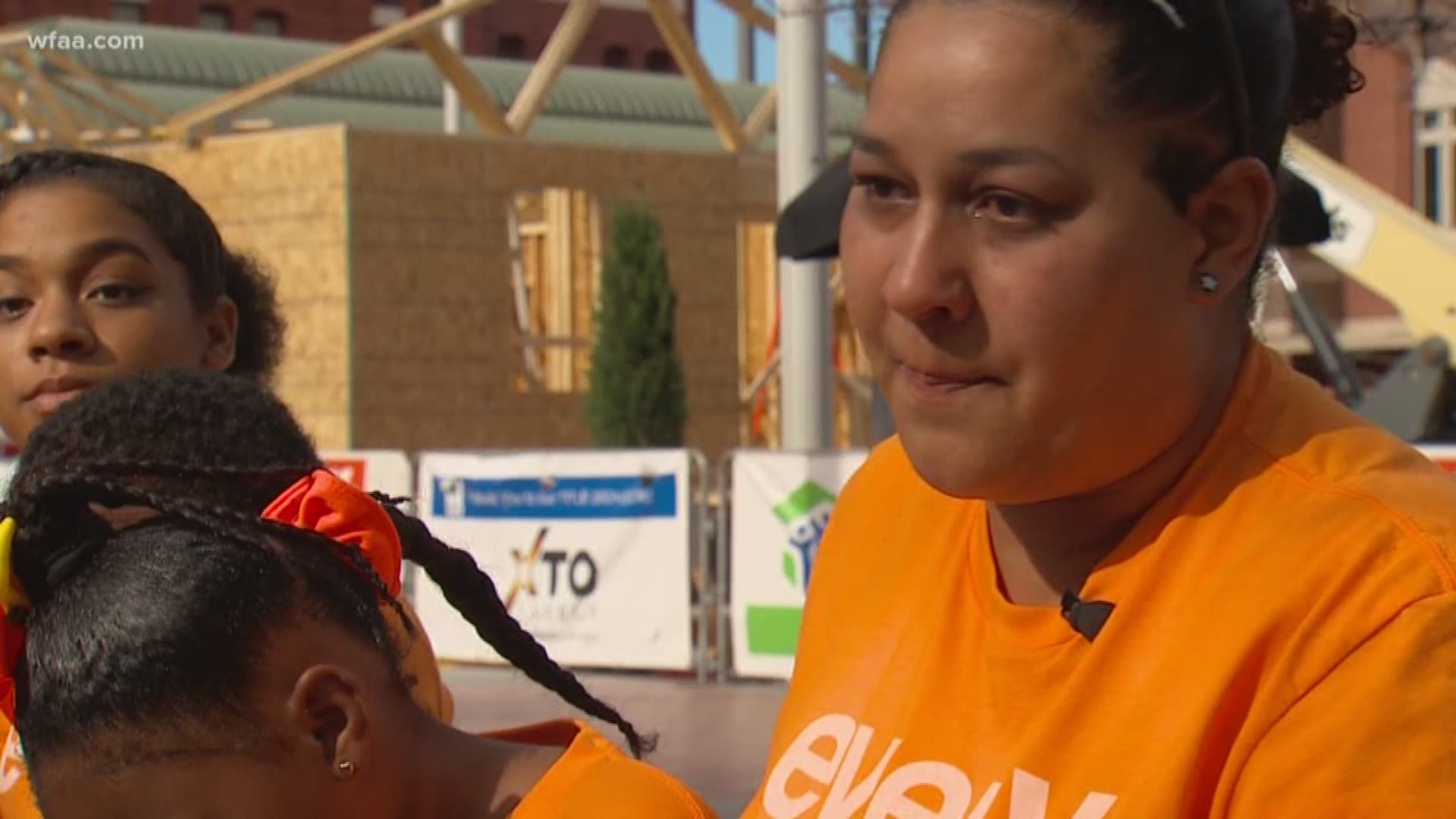 FORT WORTH -- Visitors to downtown's Sundance Square will notice something a bit unusual this week.

A Trinity Habitat for Humanity home is being constructed during 12-hour shifts through Saturday night.

Gina Casteal, 39, spent Tuesday afternoon working on what will soon be a home for her family.

"I still can't believe it," she said. "It's a part of the American Dream."

A single mother of four, Casteal says she plans to make the house her residence for decades to come, eventually handing it down to her children.

Her eldest son, Romane Mays, explained how the family's previous home in Kansas was lost to foreclosure.

The work of eager volunteers putting hammer to nail for hours is a feeling he can't quite explain.

"It's physical. It's there. It's something we can really attach our faith to," said Mays.

XTO Energy has been sponsoring the downtown build for a decade. This is their final year, as the company is relocating its headquarter to Houston.

The Casteal house will be finished on Saturday night before being trucked away Monday morning.

Gina can't wait to see it moved into place in the Carver Heights East neighborhood near Lake Arlington.

"There will probably be some tears shed that day when we see that house go on that land," she said.

Aside from putting in "sweat" equity, the family will also have a 30-year, zero percent interest mortgage that'll cost more than $500 a month.