For one Houstonian, the physical and economic tolls of Hurricane Harvey weren't the hardest -- it was the mental after effects. 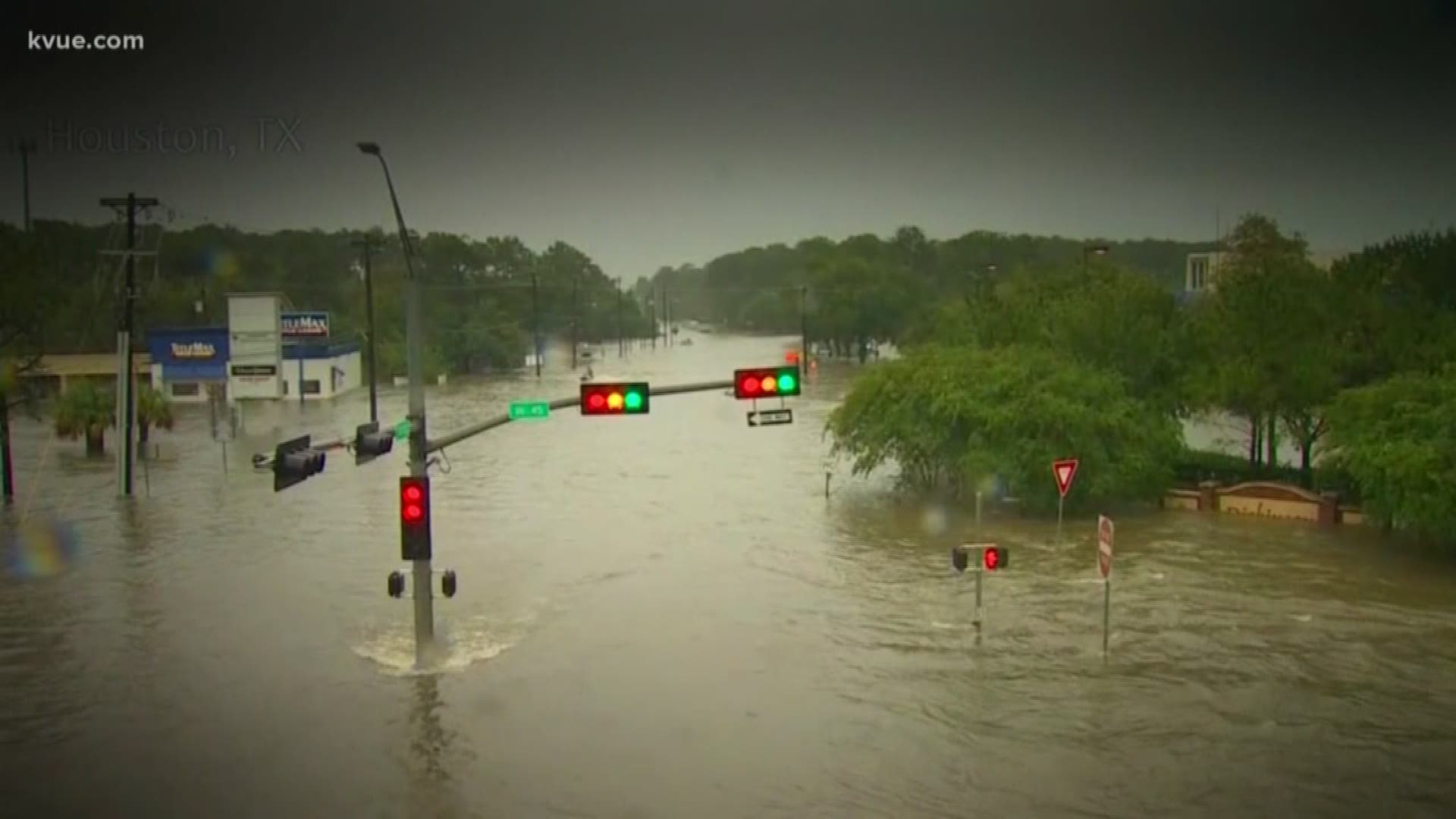 After several mental breakdowns, Paley said doctors told her that her granddaughter’s suicide attempts were triggered by the rain after Harvey.

One time, Paley said her 11-year-old granddaughter tried to attack her father in the car.

"She started fighting him, coming back, stating that the rain was going to get her," Paley said.

So, while her home was left untouched after it was flooded with six inches of water, Paley was focused on helping her granddaughter survive. Every day was a struggle.

"It was 24 hours of, ‘Lord, please let everything she tries fail,’" said Paley, referring to the suicide attempts. "It's like, 'OK, we've made it through another day, another 24 hours. Thank God she's still alive.'"

Paley’s young granddaughter tried to swallow painkillers, hang herself and cut herself in the months after Harvey hit. Eventually, Paley said her family was able to get her granddaughter into a mental health facility to get the help she needed.

All that time, her home was starting to grow mold. The mold grew and spread, covering the walls of Paley’s childhood home in black spores.

"The wall was just 95 percent black,” Paley described, pointing out the new walls that had to be erected where mold-filled walls were recently torn down.

Paley said she tried living in the house with her grandson, who has autism. She didn’t want to change his routine or make the commute to his school even longer by relocating outside of Kashmere Gardens, their community in Northeast Houston.

But after several weeks of living in the mold-infested home, teachers at the boy's school began to notice and comment that her grandson seemed sluggish and noticeably more tired.

Paley said once she noticed that her grandson’s eyes were bloodshot from the mold, she knew they could no longer sleep in the house. So, they moved into her SUV in her driveway.

“I put covers in that [car] and he slept there, only to get up in the morning, come into the house with the mold, take a shower, get dressed,” said Paley.

The mold was a big problem for thousands of homeowners in Houston. While the water may have only come a few inches deep into their homes, it was the aftermath that forced them to leave.

"Given the heat and humidity here in Houston, we have a lot of families that have mold issues,” explained Kathy Flanagan-Payton, CEO of Fifth Ward Community Redevelopment Corporation, an organization helping Hurricane Harvey victims in the Northeast Houston area.

"There's a lot of work to be done,” admits Flanagan-Payton.

Flanagan-Payton told KVUE that out of all the hurricane victims they are aware of, only 50 percent are back into their homes one year later.

Fifth Ward CRC rebuilds homes for hurricane victims for free. They only ask that families put in the money they receive from FEMA for supplies and contractor costs. But in most cases, Flanagan-Payton said that barely covers the cost of repairs.

However, Flanagan-Payton insists they will continue their work to get Hurricane Harvey victims back into their homes no matter what it takes.

There is a need for skilled workers like electricians, plumbers and drywall experts, but any help is welcome.

“Volunteers can paint, they can replace rotten wood, and they can help with the moving,” said Flanagan-Payton.

For Paley, she was able to find a small rental home near her Kashmere Gardens community for her and her grandson to live in while their home is rebuilt.

Paley said paying for two mortgages, two electric bills and two water bills has been a massive undertaking. But one year later, she can finally see the light at the end of the tunnel.

For more information on how to get involved, visit the Fifth Ward CRC website here.