The 12-person grand jury – which began hearing evidence on Monday and is tasked with deciding what charge Guyger will be indicted on, if any at all – could be deliberating until Friday. 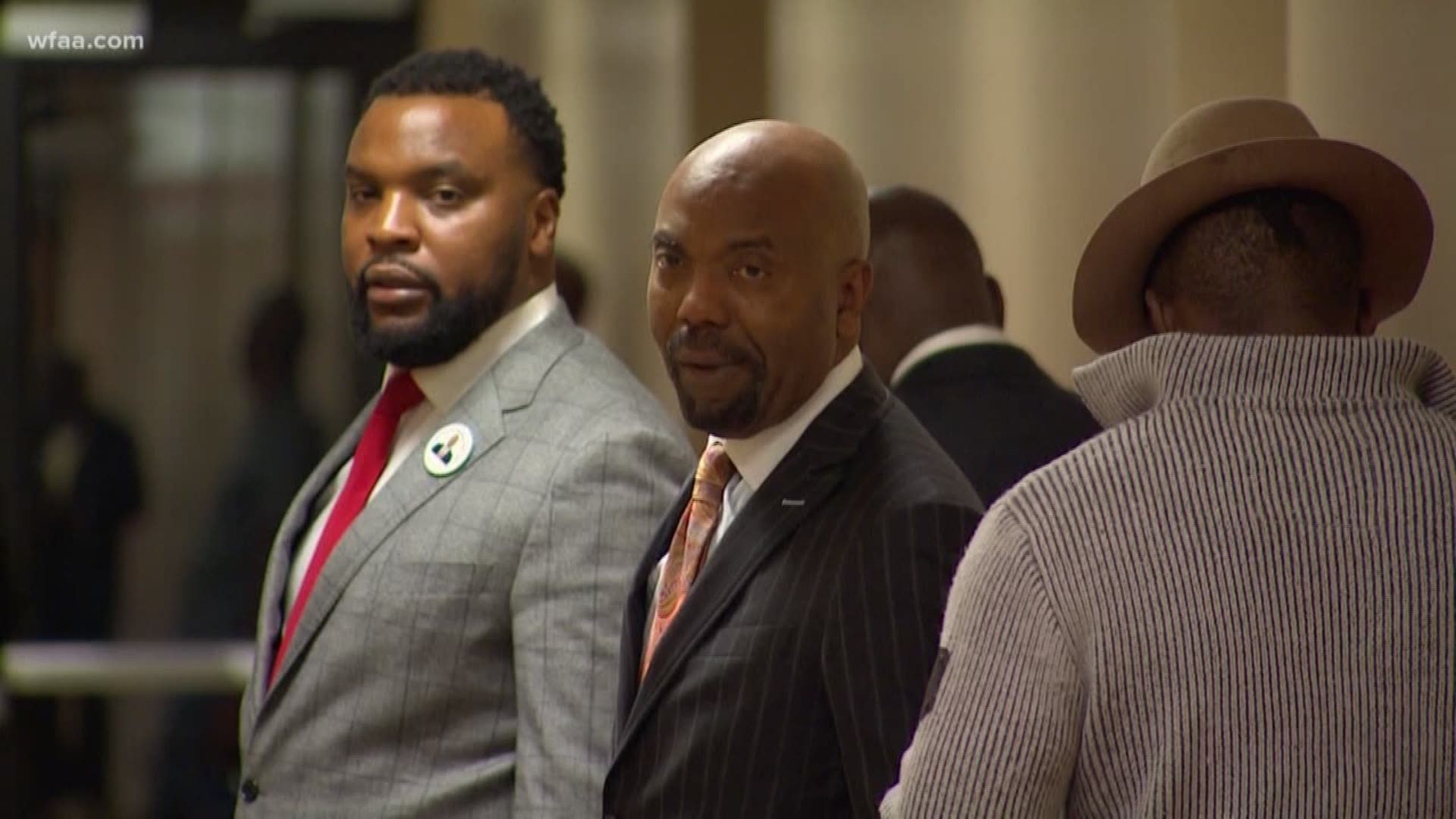 The 12-person grand jury – which began hearing evidence on Monday and is tasked with deciding whether Guyger will be cleared in the case, or go to trial for manslaughter or murder – could be deliberating until Friday.

Guyger was arrested on a manslaughter charge on Sept. 9, three days after the shooting.

It's still unclear exactly what happened the night Guyger shot Jean, a native of St. Lucia who worked as an accountant for PricewaterhouseCoopers in Dallas.

Guyger, who had lived in the unit directly below Jean at the South Side Flats, told authorities she mistook Jean's apartment for her own after parking on the wrong garage level at the complex, an arrest warrant affidavit said. Once at Jean's apartment, she said she thought Jean was an intruder and fired her weapon.

After more than two weeks of protests calling for termination, Guyger was fired from the Dallas Police Department on Sept. 24.

On Sunday, Jean's mother, Allison Jean, talked with WFAA about her struggles to find answers.

”You see, the one person who cannot speak is Botham,” she said. “He’s the one that I would have depended on for the answers.”