'Gloria' the puppy gets second chance at life

The Humane Society is now offering a $4,000 reward for information that leads to the arrest and conviction of Gloria's abuser. 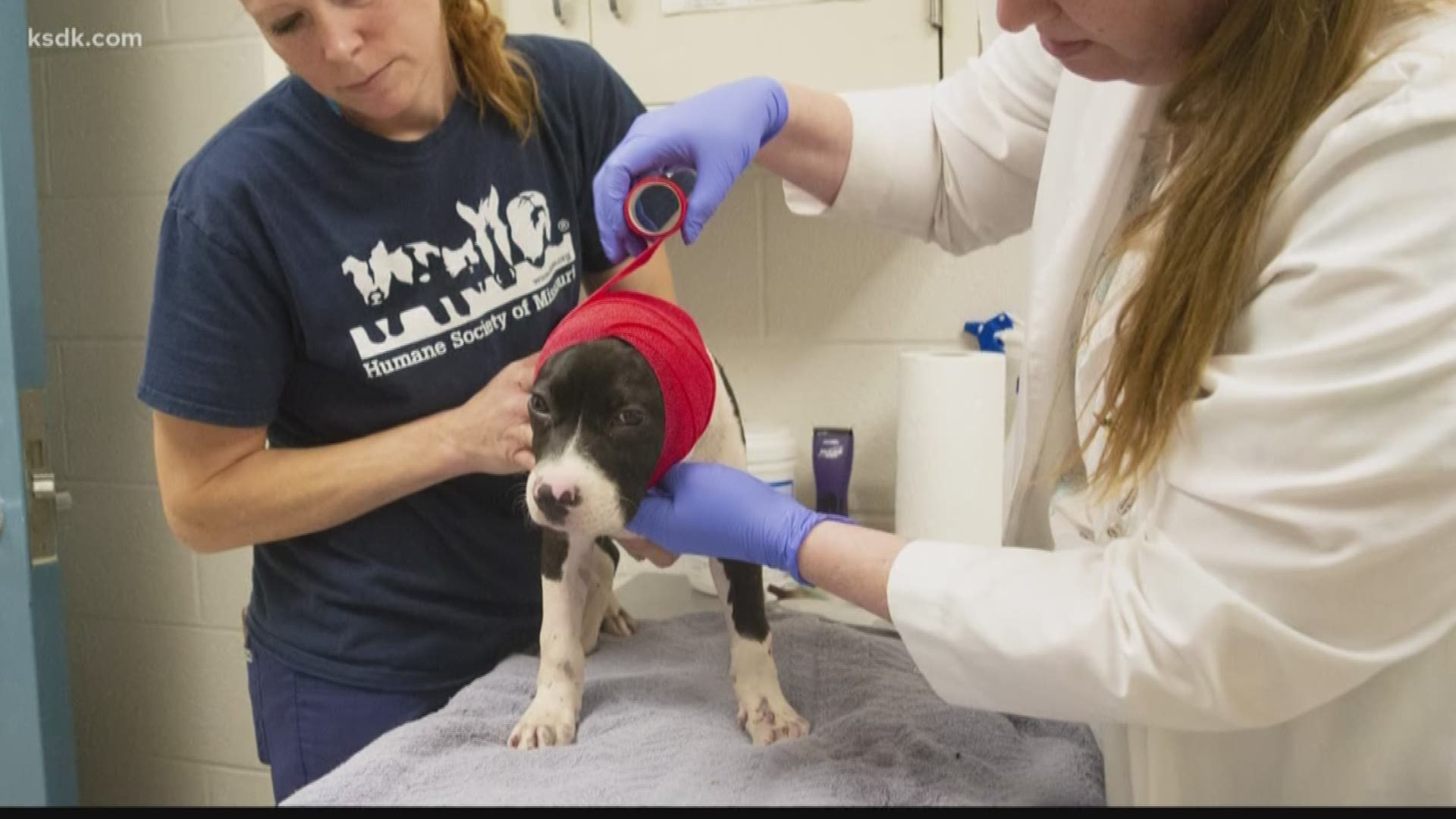 ST. LOUIS — A pit bull puppy abused and left for dead this week in North St. Louis County is getting a second chance at life and a new name.

The Missouri Humane Society said a passerby saw a driver drop a bleeding puppy out of its car window on Chambers Road in Riverview. He brought the dog to the Humane Society for help.

"Someone took scissors or a dull knife and hacked both of her ear flaps off,” Dr. Mark Wright said.

Wright said that would be excruciating, and it’s likely someone did it to make the puppy look like it was part of a dogfighting ring.

Now, the 3-month-old girl is getting cared for and spoiled by a team of people at the shelter.

“This is little Gloria that we have now,” Debbie Hill said.

Gloria for the Blues – and not just their historic run.

"Just like any great team, she doesn't stand alone. She has an entire team of people behind her, helping her,” Hill said.

The Humane Society is now offering a $4,000 reward for information that leads to the arrest and conviction of Gloria's abuser.

"We want to prevent this from happening to any other sweet, gentle puppy,” Hill said.

Wright says after surgery and a few weeks of recovery, Gloria will be ready for adoption.