From goats to zebras the petting zoo is a staple at the State Fair of Texas, but over the weekend the behavior of one animal in particular drew concern from fair goers. 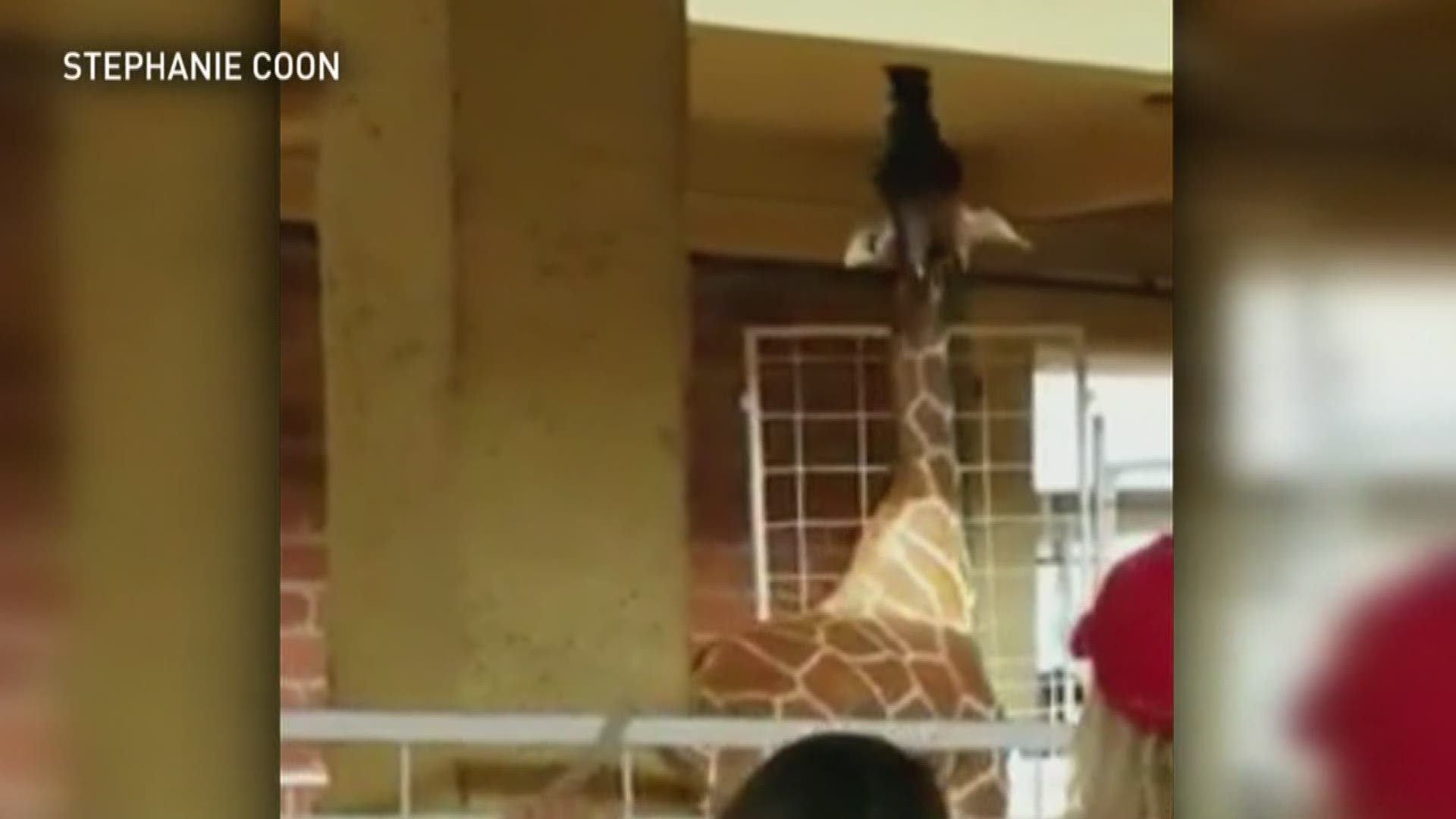 DALLAS -- From goats to zebras the petting zoo is a staple at the State Fair of Texas, but over the weekend the behavior of one animal in particular drew concern from fair goers.

"My daughter is an animal lover as well and she was frightened," said Stephanie Coon of Fort Worth.

Coon shot a video on her cellphone inside a petting zoo at the State Fair of Texas. She is concerned with the behavior of a giraffe that she says simply wasn't acting right.

"Very stressed out, it was pacing, went up to the gate, almost like it was trying to escape and it just went back and forth."

At one point in the video, the giraffe's head appears to touch the top of the enclosure.

"It was too short, the giraffe was hitting its head on the ceiling," Coon said.

Karissa Condoinas with the State Fair of Texas says the exotic animals in this exhibit come from a farm in Kansas and say that the vendor, Joe Hedrick, has been with the fair for years.

Condoinas says that this animal was simply overwhelmed by a new environment.

"She's a young giraffe and this was her first show to be at...the environment just wasn't good for her," Condoianis said.

Fair representatives say they were already keeping a close eye on the giraffe's behavior, but insist there was nothing wrong with the health of the animal or the size of enclosure.

Either way they're being cautious and have removed the exotic animal just three days into the start of the fair.

The giraffe may have ended its showing, but the rest of the petting zoo is still open to guests.