"The specifics, we can't get into those,” Garland Police Lt. Pedro Barineau said. “But the level of unlawful restraint that we are being made aware of is more than just hands restraining a student." 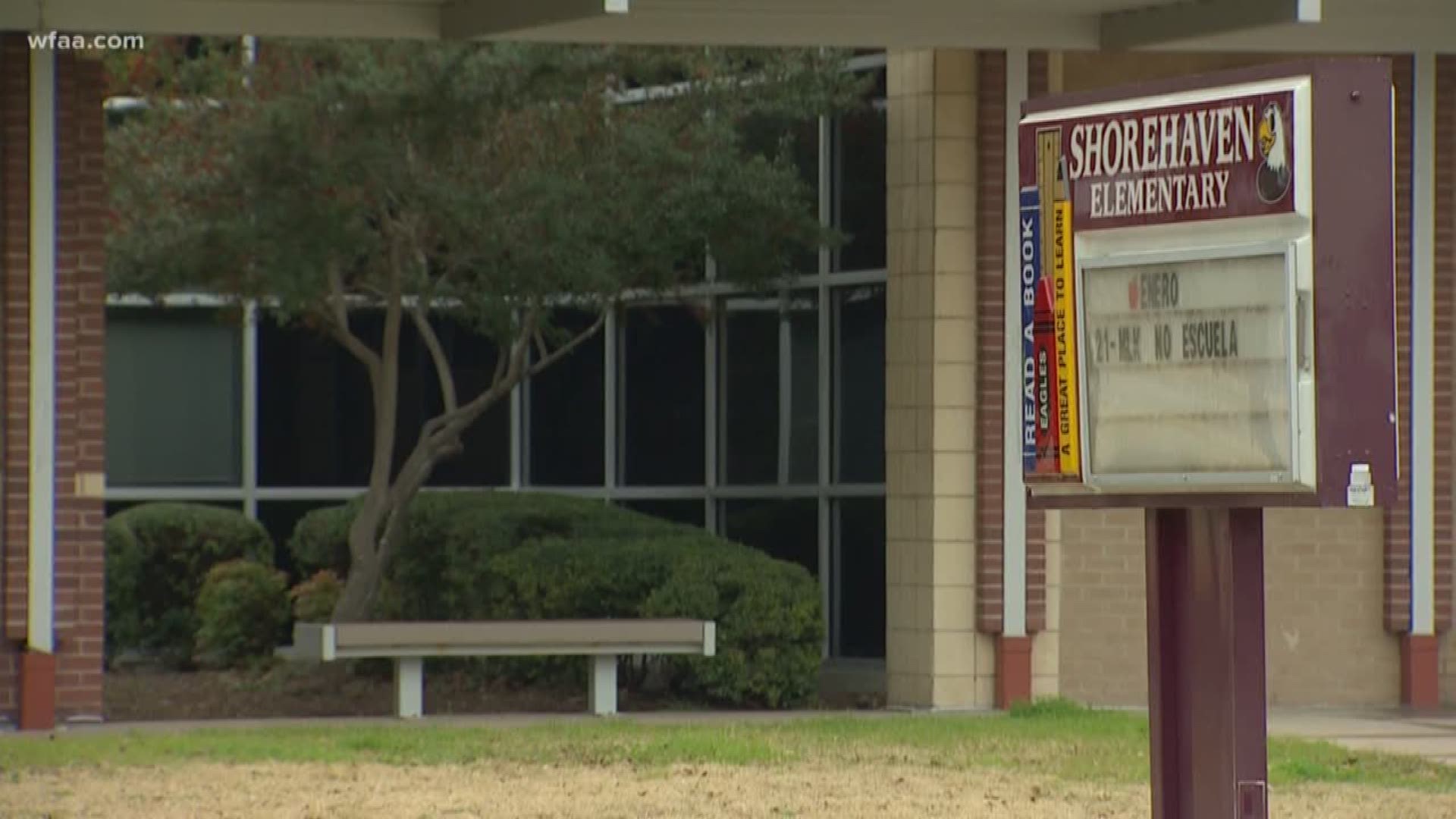 GARLAND, Texas — Garland police are investigating an allegation of unlawful restraint against a teacher at Shorehaven Elementary.

Garland Police Lt. Pedro Barineau says Garland ISD Administration advised them of the allegation earlier this week. Parents, who chose not to be identified, began asking WFAA for answers after reporting to us that a special needs student had been restrained in class.

Shorehaven Elementary is a school of more than 400 students where, according GISD records, an estimated 9 percent are enrolled in special education. Some of those students are mainstreamed with other general education students. Garland police say they were called to the campus to investigate an allegation against a teacher in one of those blended classrooms.

"The specifics, we can't get into those,” Barineau said. “But the level of unlawful restraint that we are being made aware of is more than just hands restraining a student."

In a written statement, a spokesperson for Garland ISD did not offer specifics either, but did confirm the investigation and that is was being taken seriously.

“Whenever there is an issue that involves the safety and security of students, we take it very seriously and respond promptly,” said Mida Milligan, Ed.D., Executive Director of Communications and Public Relations for Garland ISD. “There were allegations made about staff in one classroom at Shorehaven. Staff in that classroom were placed on leave while reports/allegations are being investigated. In this case, Garland ISD reported allegations to the Garland Police Department, and they are investigating. Because this an ongoing investigation, there is not any additional information I can share at this time. Information has been shared with those classroom parents to inform them that staff are out and that a new teacher and support staff are in place.”

According to the Texas Education Agency, when working with special needs students, if a restraint is deemed necessary it must be limited, reasonable to address an emergency, and that the principal and the child's parents be notified that same day.

"We're trying to work together and finding out whether the allegations of unlawful restraint actually rise to criminal intent,” Barineau said. "And if there is criminal intent here, ultimately we will make an arrest."

The school district did confirm to us that there were no cameras in this classroom. This was not a designated special education class where parents can have cameras installed upon request.

Police are now interviewing teachers, witnesses and parents of the child in question, to find out what did happen.

Police did say that the child was not injured.