From homeless to award-winning employee: Why his 90-minute commute 'is worth it'

Kairi Sneed had no home and little hope when he landed a job at DFW Airport last summer. Despite a three-hour round-trip commute, he’s received one promotion and an award for stellar customer service. 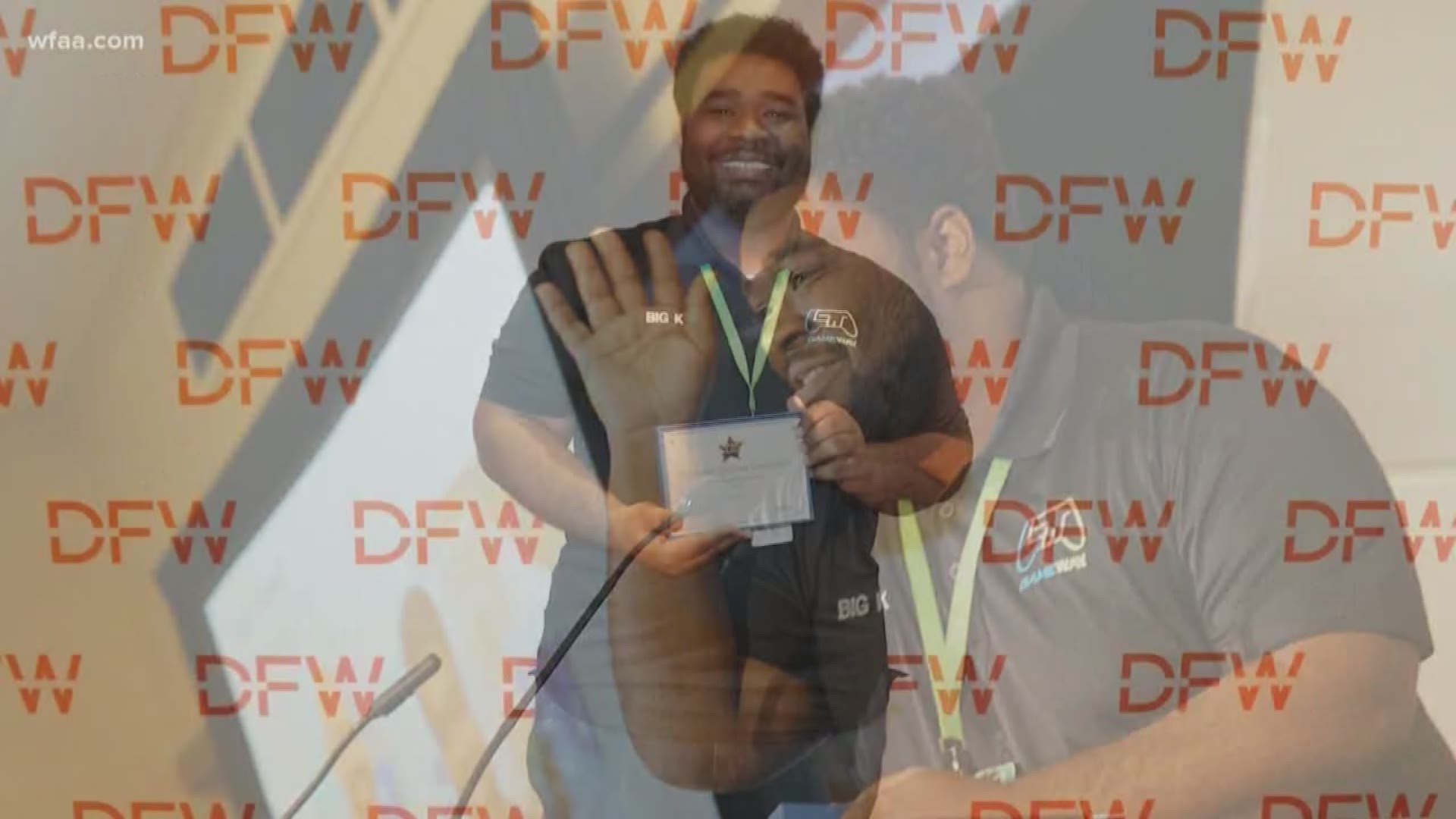 “Today’s Monday, right?” Kairi Sneed asked, looking at the bus schedule at the stop around the corner from his Oak Cliff apartment. “OK, good. We’re going to catch the early one.”

It was indeed Monday morning, but Sneed is never in a Monday state of mind.

“My dad told me, 'You’re going to struggle. You’re not one of the kids who had parents who gave you a car when you were 16. You don’t have it made. Now you can earn it. You can work for that, but starting out you’re going to have to struggle,'” Sneed said. “So I just said, 'OK, I’ll struggle.' It’s always going to be worth it in the end.”

He rode DART’s No. 11 bus to the West End transfer station in Downtown Dallas.

“We got lucky, we got lucky,” he said, stepping off the bus, noticing that his next mode of transportation – DART’s orange-line train – had not yet pulled in.

“Sometimes I’ve gotta run to catch it," he said.

An aspiring musical artist and songwriter, Sneed began singing as he walked to the train stop for the next part of his commute: an hour-long train ride.

“I’ve learned you need to be extra, extra early because you have no idea what could happen,” Sneed said. “You’ve always got to account for time and unforeseen occurrences.”

Kairi is grateful for every moment, every stop and every step of his long journey, because at the end of it, there’s a job.

“Exactly one year ago today, all I had was a car," he said. "I was sleeping on couches and I had absolutely no money. My bank accounts were overdrawn."

“I used to wait until it was late at night, when most restaurants were closing. I’d go up to the doors and counters and say straight up, ‘Hey man, look I’m down on my luck, sleeping on couches, I have no money, and I haven’t eaten today. Can y’all help me out with some food you’re going to throw away?'”

After multiple jobs in restaurants and retail, Kairi had landed an office job, but was quickly laid off. Soon after, his car was re-possessed.

He was homeless and, at times, hopeless.

“I was at rock bottom,” Sneed said.

He was applying for jobs across North Texas and landed an interview with Gameway, a video game lounge at DFW Airport.

He showed up for his interview almost two hours early, convinced the managers to give him a chance, and that’s all it took.

“Have you ever seen that video with a double rainbow and they’re so excited to see it because it’s so rare?" Gameway general manager Vinny Zirkle said. "It’s magical. Well, I’m blessed to see that every day in Kairi."

Within months, Gameway promoted Kairi to sales manager and not long after that, DFW Airport gave him a Customer Service Champion Award for 2018.

“That was one of the best days I’ve ever lived,” Sneed said of the award presentation.

Sneed never misses work, never misses a sales goal and never lets on that life is difficult outside of the airport.

“There was one night that he missed his bus, so he had to stay the night at the station, and I had no idea,” Vinny said. “He came into work the next day, smile and all. Nothing was wrong. I had no idea for weeks until someone told me”

Sneed now has his own apartment.

He’d love to have a car, and has his eyes set on an entertainment career, too.

He spends most of his downtime writing songs, singing and writing scripts for an animated series he’d like to launch.

“Why would you let your past determine your future?” Sneed said. “If you want better things, all right, fine. Make changes, do better things. That’s all you gotta do.”

“Michael Jackson said it. 'If you want to make the world a better place, take a look at yourself and make the change.' And when he says the world, he’s not talking about the whole planet. He’s talking about your world and how things are going to change for you once you make changes.”

“I just really believe that in the next few years," he said, "something big is going to happen."