2 dead, 2 others shot during domestic violence incident in Grand Prairie

Husband shot wife, two others, before turning gun on himself 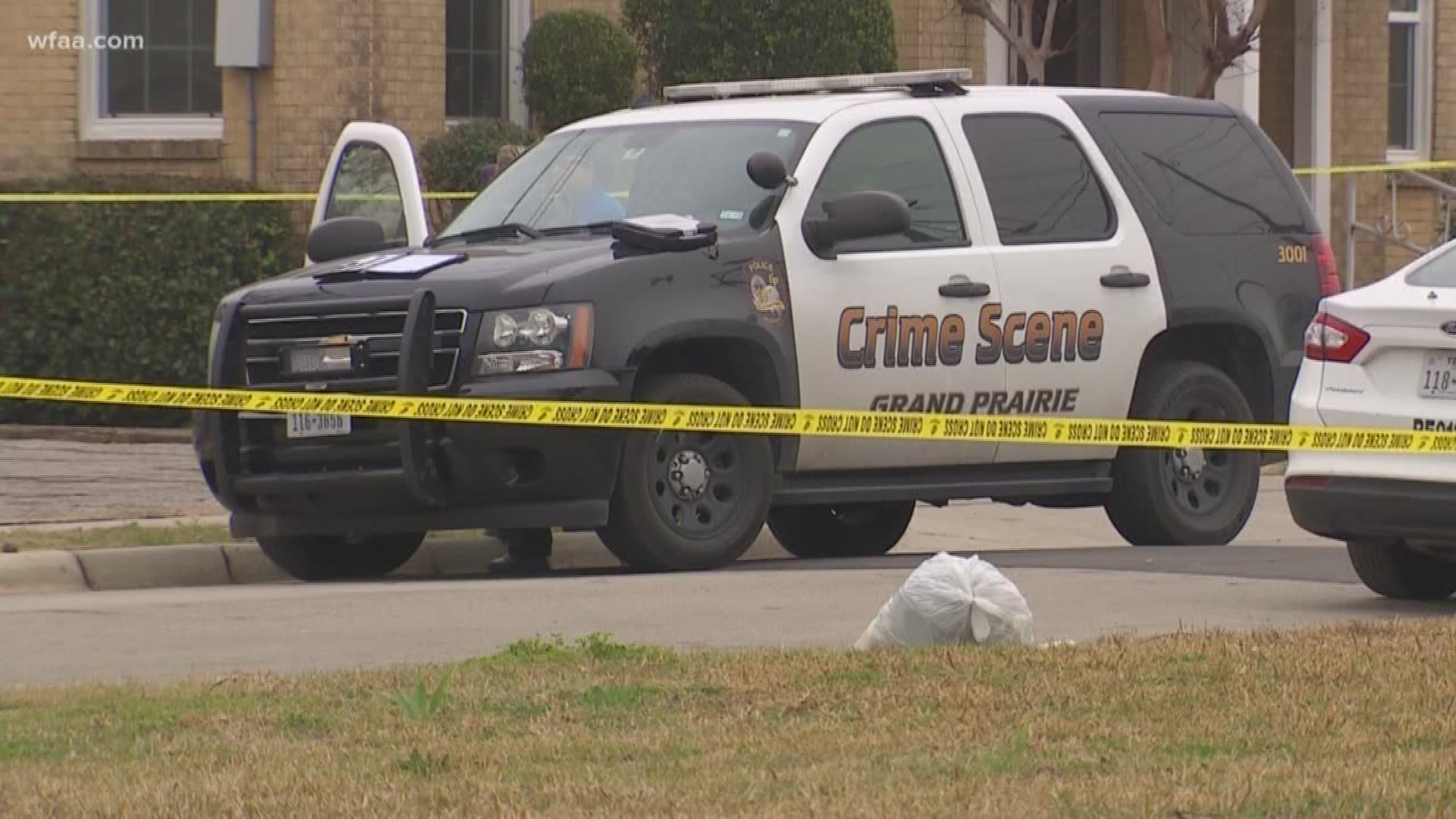 Two people are dead and two others are hospitalized following a domestic violence incident in Grand Prairie Saturday morning.

Witnesses told police they were helping a woman move her belongings from her home in the 2100 block of Spikes Street when the woman's husband began shooting. After shooting his wife, the man turned the gun on himself.

The husband and wife were found dead at the scene. The other two adults were taken to a hospital for treatment.