Charles Lauersdorf spent nine years as an active-duty Marine. During one of his five deployments, he was shot in combat. 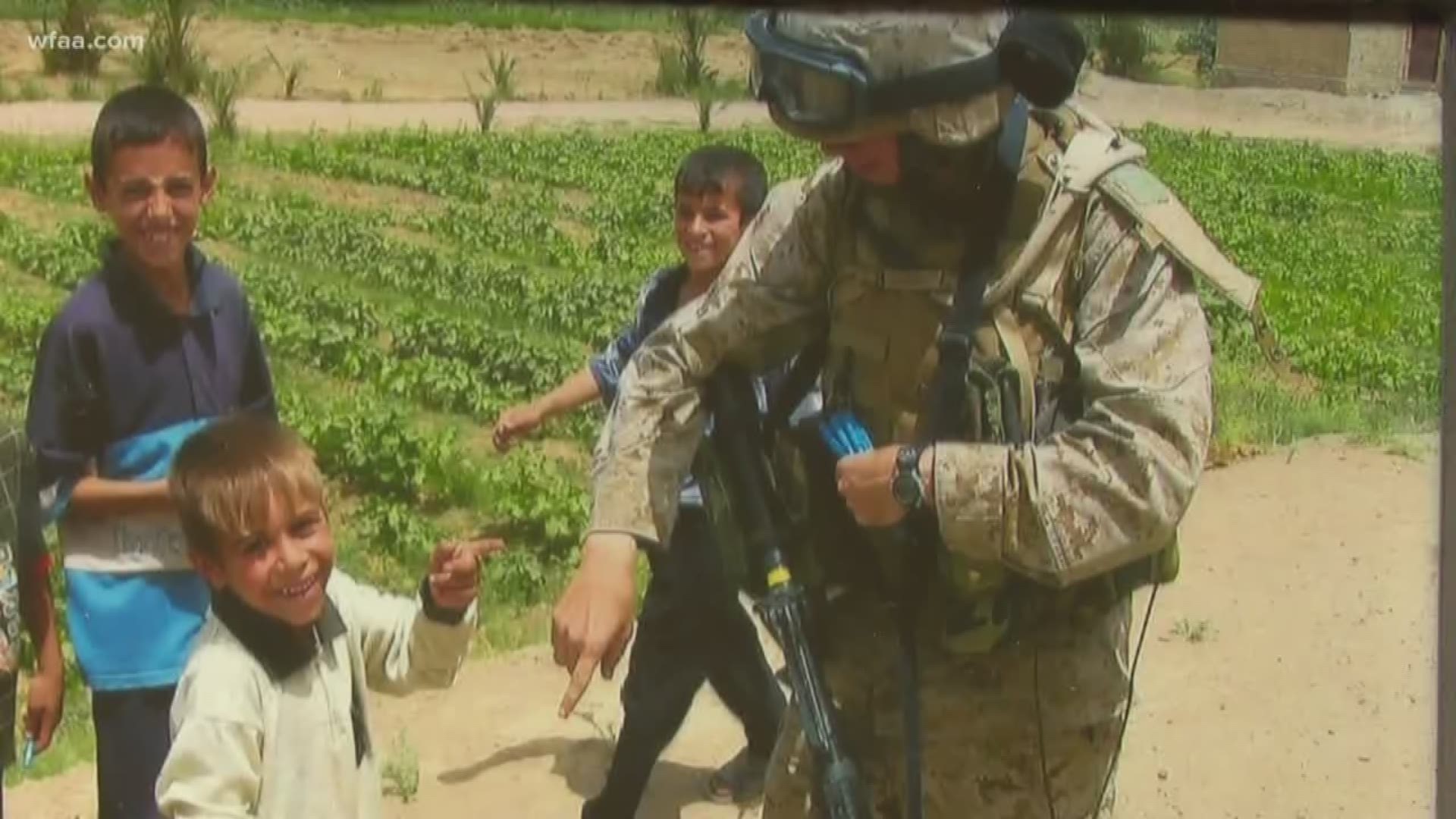 FORT WORTH, Texas — It was a hero’s welcome for Staff Sergeant Charles Lauersdorf.

He is a single father, who risked everything for our freedom and was just trying to make ends meet.

Thanks to the Texas Sentinels Foundation, he was gifted a brand-new home.

He saw it for the first time on Friday.

“It means the absolute world to me,” Lauersdorf said.

The house is fully furnished and has four bedrooms and two bathrooms.

Lauersdorf spent nine years as an active-duty Marine. During one of his five deployments, he was shot in combat. But he didn't let the injury or the barrage of surgeries that followed stop him from serving.

He's been in the Marine Reserves for six years and helps veterans any chance he gets.

With a few strokes of the pen, the Texas Sentinels Foundation signed the home over, so Lauersdorf and his four kids can live in it mortgage free.

"I don't think there are words to express how much it actually means,” he said.

Thankfully he spotted something in his brand-new bedroom that says it all.

“It is home sweet home. It's not just brick and mortar, it's an actual home for my family and I," he said.

The Texas Sentinels Foundation has awarded more than two dozen homes to wounded service members and their families across the state. The organization is always taking applications, click here to learn more.