The historic home of the Fort Worth Cats baseball team could be up and running again by 2019. 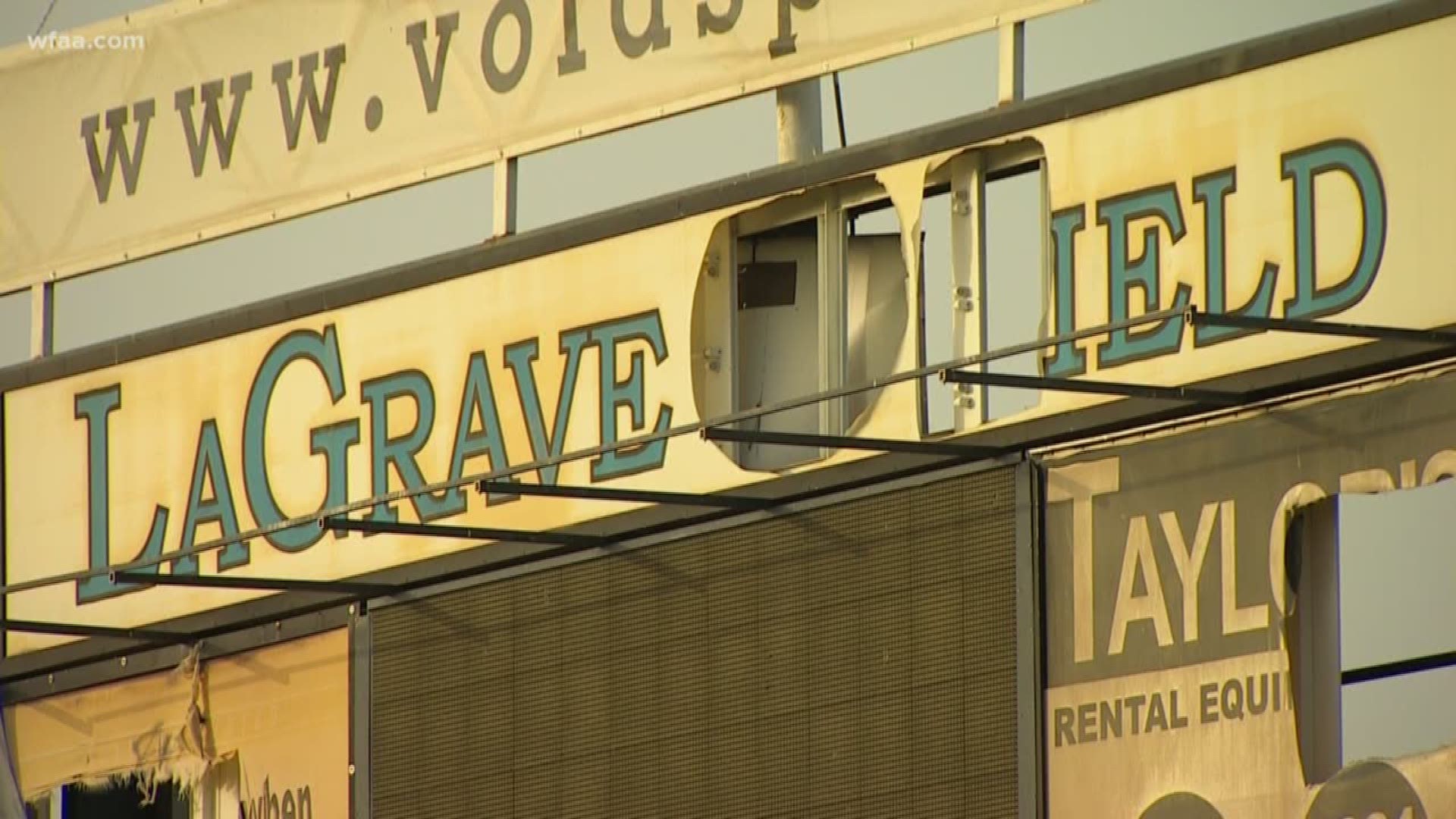 If anyone knows what LaGrave Field should look like, it's Stella Ballard. "It's very sentimental to me," she said.

As the photographer for the Fort Worth Cats, it was her job to capture the sights at LaGrave Field. And what she sees right now breaks her heart. "There's a sofa sitting in the middle of the field," she pointed out. There's a tree growing in front of the dugout. "It's just like somebody’s abandoned house they forgot about," Ballard said.

The Fort Worth Cats stopped playing here in 2014. Since then, the historic field has fallen further and further into disrepair. A shame, says Star-Telegram columnist Bud Kennedy. "The big league teams played exhibition games here," he said. "The last game here was in '64, the Cubs beat the Red Sox. Ernie Banks hit a home run."

"It's just part of Fort Worth's history and heritage," said Jim Lane, a Fort Worth attorney who serves on the Tarrant Regional Water District's board.

It's a history and heritage that may soon be revived. Tuesday, the TRWD announced it had approved a deal where it swapped land with the owners of the field and is now leasing the land to the "Save LaGrave Foundation," which plans to resurrect the team and the field.

According to a press release, the foundation will make an immediate payment of $4 million to the TRWD, and another $3 million payment within the 18 months after that. Scott Berry, who runs the foundation, said his organization will be responsible for fixing the stadium, which he believes will cost anywhere from $2 million to $10 million.

TRWD board member Lane, who's also a lifelong Cats fan, was integral in making the deal happen. "We’ve been arguing about this for years, because the numbers never really came around," he said.

Now that they have?

"I want us to play Dallas the first game and we’ll beat em," Lane laughed.

It'll take millions of dollars and a lot of work, but Berry feels they could be playing baseball at LaGrave again by next spring. "It means more to me than just baseball," said a relieved Stella Ballard, who said she was emotional at the news.

It means history and community and memories still to be made, too.