After 72 years cutting hair, this Fort Worth barber is still razor sharp

He has scissors and clippers that are older than many stylists, but Alton Finney makes certain they're just as sharp as he is. 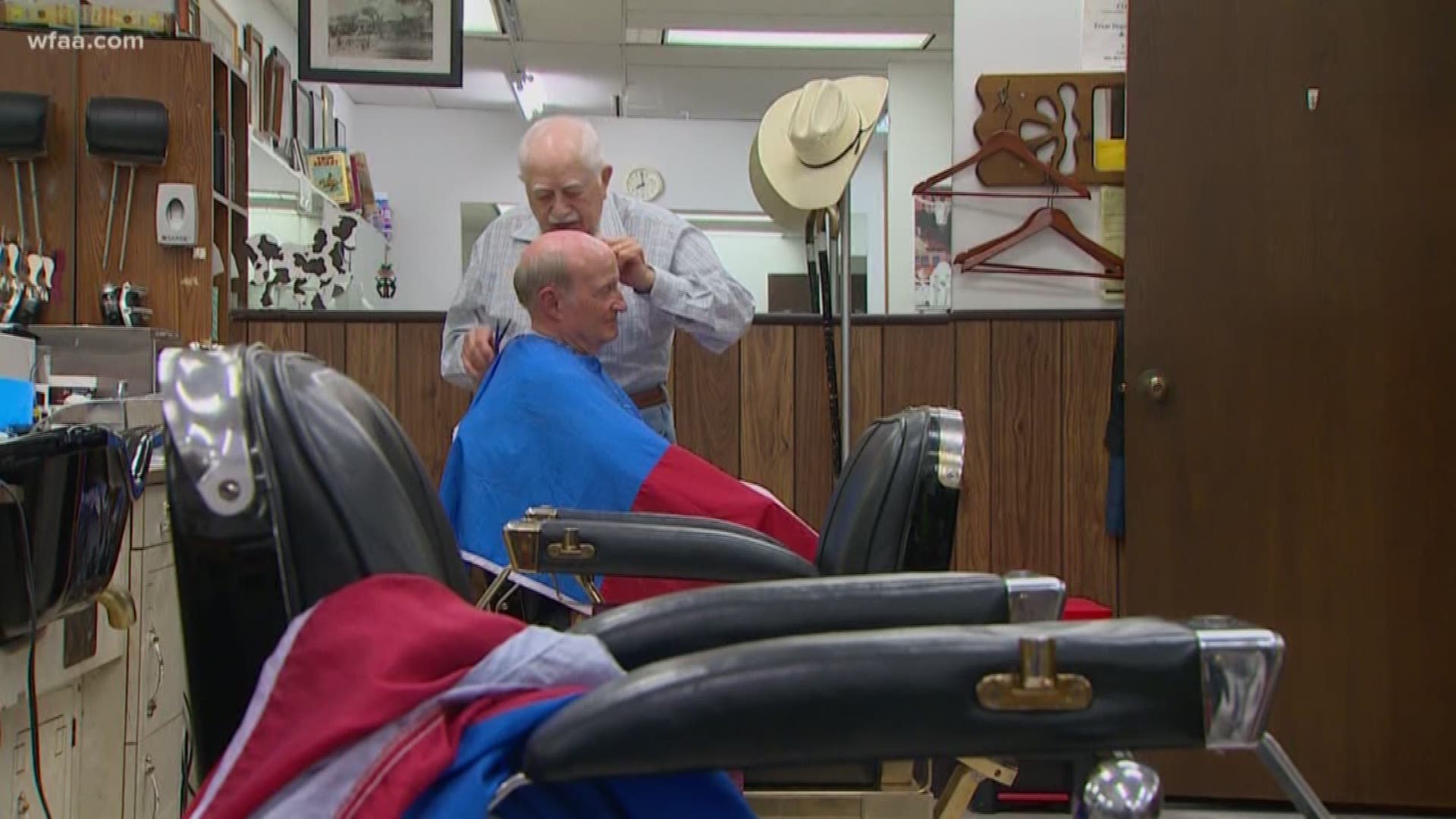 FORT WORTH, Texas -- He has scissors and clippers that are older than many stylists, but Alton Finney makes certain they're just as sharp as he is.

Finney has been barbering in Fort Worth for 72 years, and he has no plans on stopping anytime soon. "Not until I run out of customers or until I die," he said. "And right now, the reason I don't have any more customers than I do is outliving them."

He comes to work at a barber shop four days a week, on the sixth floor of an office building in Fort Worth's Ridgelea neighborhood. He is a native Texan who started cutting hair back in the Navy. He joined just three weeks before the end of World War II. "It was over after I'd been in three weeks," he said. "That was when Truman dropped the bomb on Hiroshima."

Back then, haircuts for servicemen went for just 25 cents. Today, he charges about $20. "It's an art, but there's some science that goes in it," he said.

Finney has worked in this shop since the early 1980s, but he's also barbered in several other places around the city. One of his most notable clients was golfer Ben Hogan. "For over 30 years," said Finney.

After all those decades of making others look their best, it's now his turn to look good. On Saturday, he will be honored by Fort Worth's City Council. The special recognition comes during a rodeo at the Stockyards, fitting for a man who grew up around horses and said he learned how to manicure because he took care of bovine hooves.

He has been married four times, and he's survived cancer, heart surgery and a hip transplant. But just like hair, he's never stopped growing. "You must try and be a little better tomorrow than you were yesterday," he said, remembering a favorite quote. And he's happy to take on new customers.