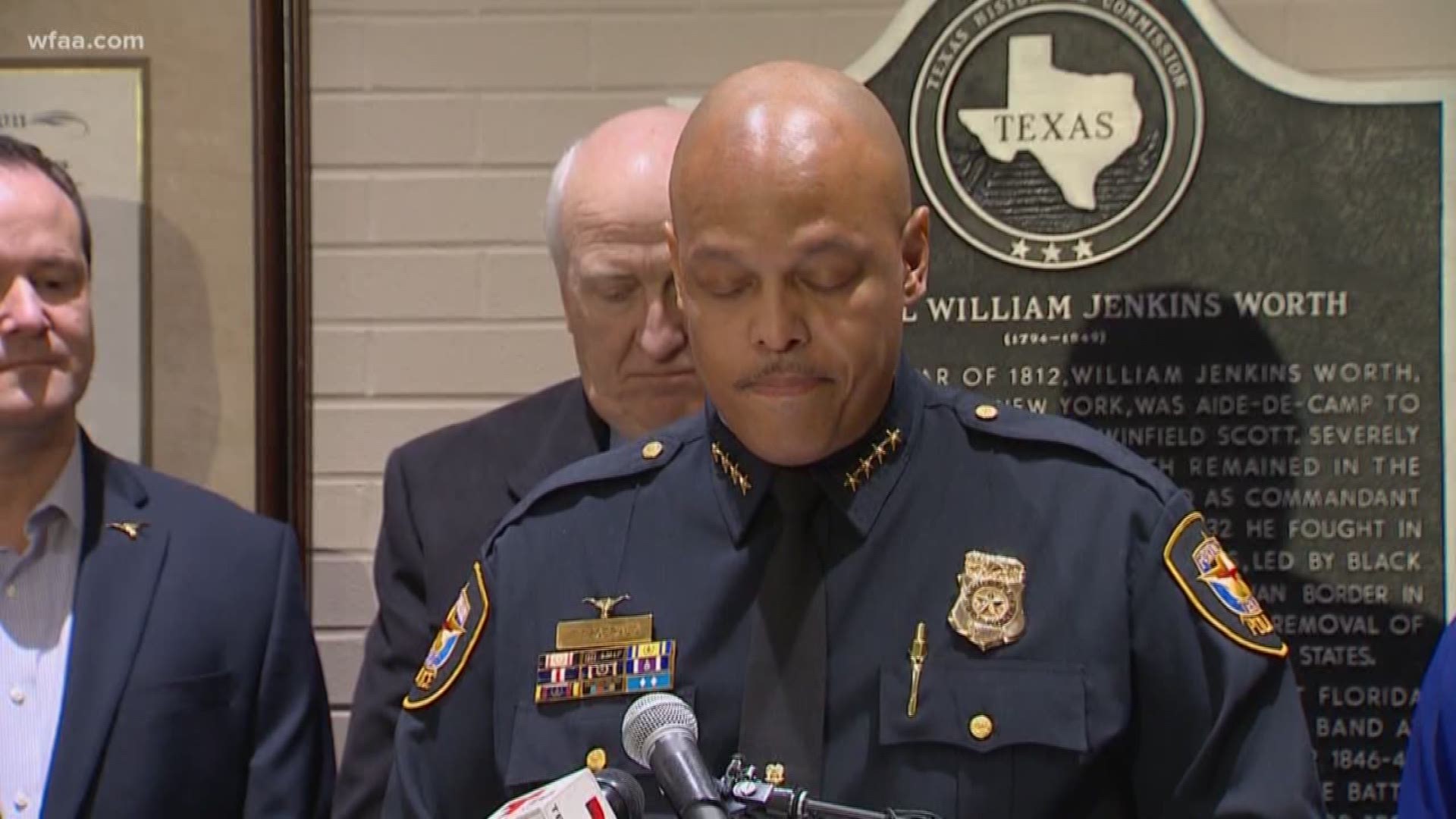 FORT WORTH, Texas — A small group of pastors, ministers, educators and activists gathered in prayer on Monday. They were among those standing in solidarity with Fort Worth Police Chief Joel Fitzgerald after learning he withdrew his nomination for becoming the next Police Commissioner in the City of Baltimore.

Fitzgerald is focusing on his young son who is under emergency medical treatment for issues with the brain. “We pray that you would heal him and raise him up,” one of the clergymen said during prayer as they gathered at New Mount Rose Missionary Baptist Church.

The reaction across Fort Worth was mixed as community members learned Chief Fitzgerald said he no longer wants to be in the running to become the top cop in Baltimore.

"His job here is not finished. He’s implemented some programs, some strategies, some vision for Fort Worth moving forward," Pastor Kyev Tatum of the New Mt. Rose Missionary Baptist Church said. He and others are encouraging the community to support Chief Fitzgerald.

In a statement, Chief Fitzgerald mentioned he’s changed his mind due to the heartfelt support he’s received in Fort Worth. The announcement comes days after the chief’s son was hospitalized for a medical emergency.

“Really, our focus right now is on the Chief’s family and our prayers and thoughts are with him and his family," Fort Worth City Manager David Cooke said.

While Fort Worth administrators and the Fort Worth Police Officers Association say they are focused on supporting Chief Fitzgerald as he focuses on his young son’s looming brain surgery, city leaders admit the Chief’s job search process in Baltimore was a distraction. The City Manager suggested there would be some serious questions about commitment, moving forward.

“The common question we get now in the process is -if the Chief is committed to Fort Worth. You know when the time’s right, Jay Chappa, the Asst. City Manager and I will sit down and make sure the commitment’s there," Cooke said.