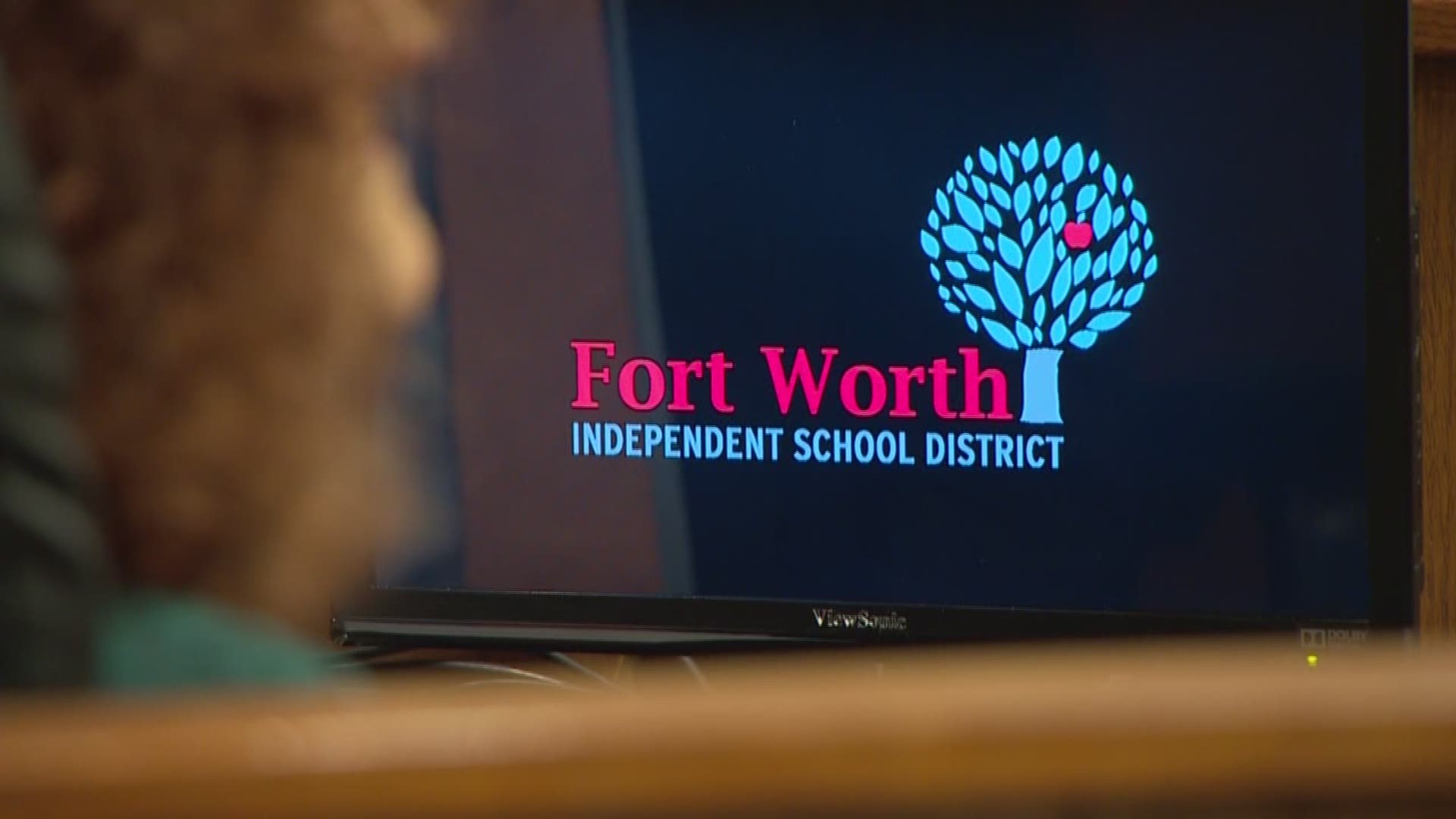 FORT WORTH -- In a unanimous vote on Tuesday night, the Fort Worth ISD Board of Trustees approved a resolution aimed at alleviating fears in the district's largely Hispanic student body.

The measure is mostly symbolic, and ensures Cowtown's public schools are an environment "...safe, welcoming and inclusive for all students and all families, regardless of their immigration status."

More than 53,000 Fort Worth students identify as Hispanic, some 63 percent of the district's 87,000 plus students.

"People are frightened, not only for themselves, but for other people they know," said Dr. Ann Sutherland, a board member that represent some schools that are heavily Hispanic.

She says she started hearing concerns earlier this month from families and students worried about ICE raids and immigration issues.

Close to two dozen speakers during Tuesday's public comment section of the meeting spoke in favor of the resolution. No one specifically spoke against it.

Word of the measure first surfaced last week, as part of an effort by the district to reinforce its anti-discrimination policy and a 1982 U.S. Supreme Court decision that effectively says all children, regardless of immigration status, can receive a public education.

Board members shot down rumors that ICE agents have been in and around school campuses looking for undocumented students or families.

The Tarrant County Republican Party encouraged concerned parents to attend the meeting, billing the measure as a "sanctuary school" push.

No one from that group voiced opposition at the meeting.

Resolution to Designate all Fort Worth Independent Schools as welcoming and safe:

The Fort Worth Independent School District will strive to create the safest possible environments for its students and employees, providing them the foundation needed to learn, thrive, seek assistance and information, and reach each child's potential in an education-focused environment free of insecurity and fear, for all its employees, students, and their families, regardless of their immigration status.