The priest, Donald Dickerson, died last year and was named by the school in December as one of 11 priests credibly accused of sexual abuse. 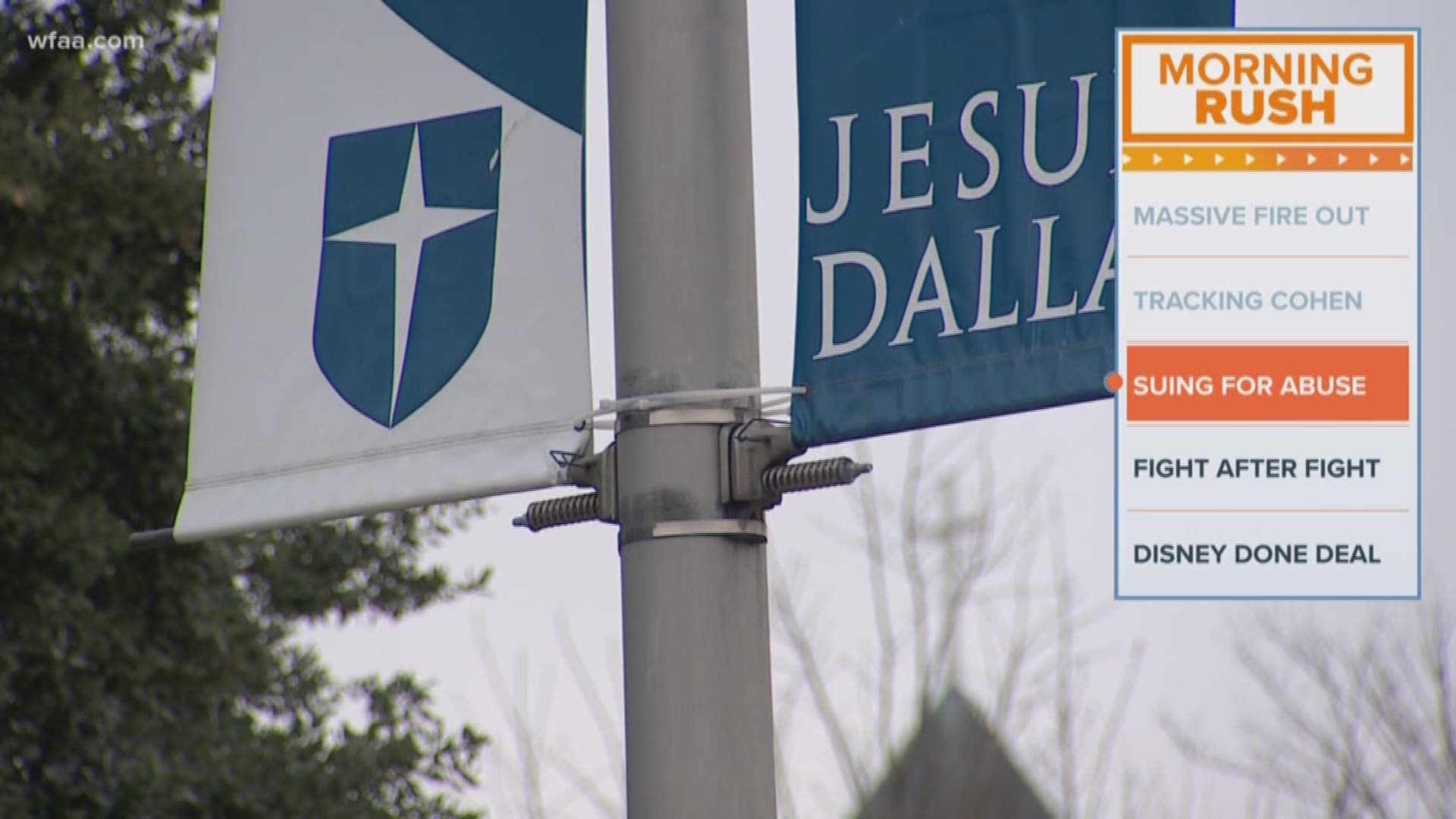 DALLAS — A former Jesuit Dallas student has sued the prep school over allegations that a priest sexually abused him.

The priest, Donald Dickerson, died last year and was named by the school in December as one of 11 priests credibly accused of sexual abuse.

The alleged abuse outlined in the lawsuit against Dickerson happened in 1978, when the unnamed plaintiff was a freshman at Jesuit and Dickerson was a scholastic with plans to become a priest.

The alleged victim was interested in becoming a priest, too. He and a friend were invited to Alabama, where Dickerson was taking religious vows to become a priest, the lawsuit said. They stayed at Dickerson's parents' house. As others in the house went to bed, the plaintiff stayed up with Dickerson, talking on the back patio.

Dickerson gave the teen "a significant amount of alcohol" and then took him to a bedroom and raped him, the lawsuit said.

The lawsuit alleges that Jesuit officials knew about Dickerson's "perverse proclivities" but assigned him to Jesuit anyway.

The lawsuit also alleges two separate instances of sexual abuse by Dickerson: the sexual assault of an eighth-grader at Jesuit High School in New Orleans in 1974 and the repeated sexual abuse of an 11-year-old boy at St. John Berchman in Shreveport, La., where Dickerson was an assistant pastor.

The alleged victims in each case filed lawsuits against the Jesuits that were ultimately settled, the lawsuit said.

Jesuit Dallas had not yet commented on the lawsuit Tuesday evening.

The Catholic Diocese of Dallas, which in January released a list of 31 priests credibly accused of sexual abuse, said in a statement Tuesday that Jesuit informed the Diocese earlier this year that it received an allegation against Dickerson.

The Diocese reported the information to Dallas police and to Child Protective Services, the statement said.

The priests accused of sexual abuse and linked to Jesuit have included two former presidents at the school in the 1970s.