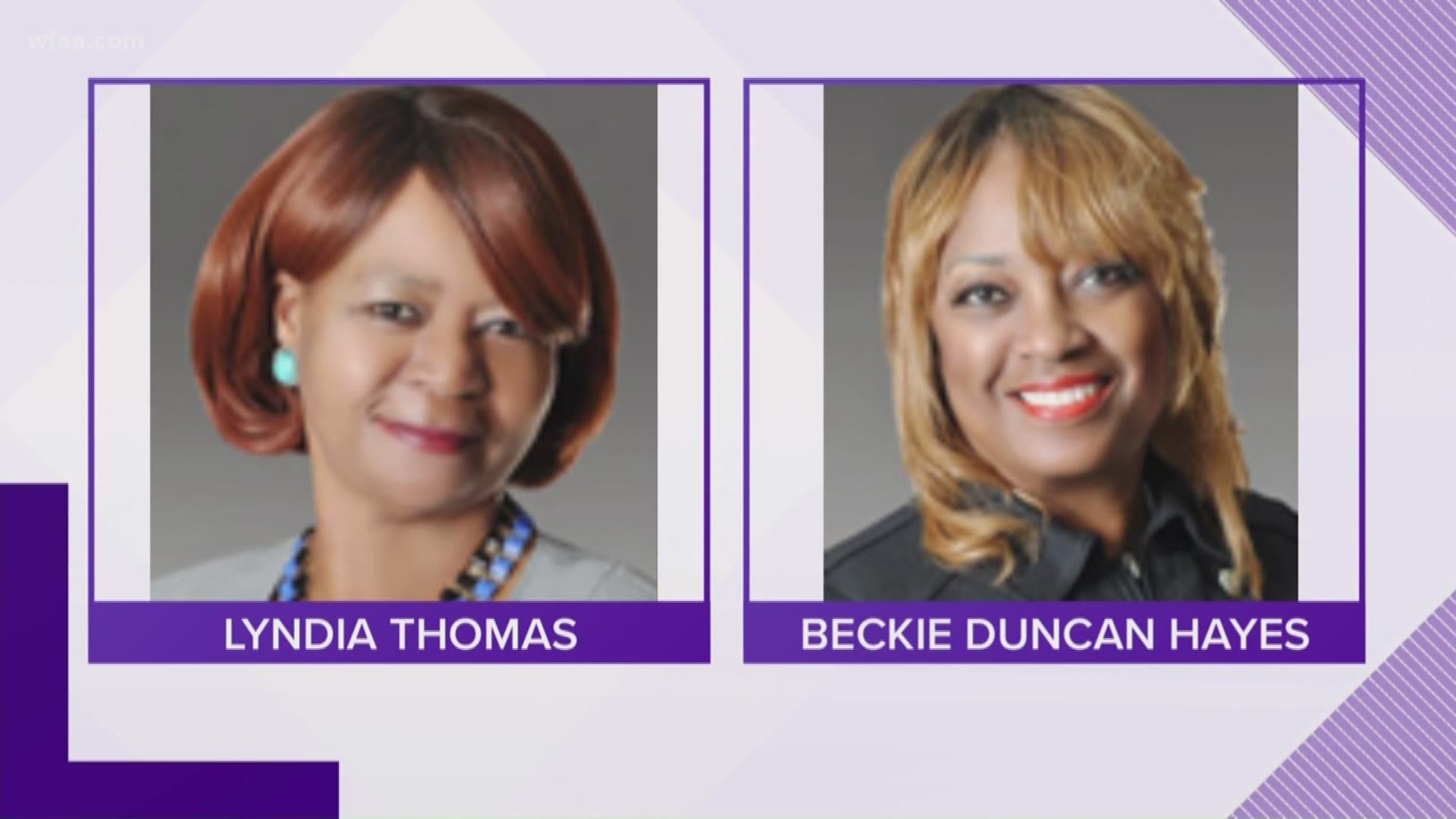 FOREST HILL, Texas — This story has been updated to clarify the name of the mayor of Forest Hill.

After the meeting where Forest Hill City Council accepted the resignations, Hayes and Thomas defended their actions to reporters and explained why they decided to resign.

"I will not leave my fate in the hands of other individuals," said Hayes.  "I am a woman of integrity, and the allegations, they have no substance.  They are false."

Hayes acknowledged that she purchased two $540 tickets for the Michelle Obama event for herself and the mayor and filed for reimbursement from the city's public relations fund.  The expense was approved by the city manager, and Hayes received a check.  She later paid back the money when there was criticism, but she said they had done nothing wrong.

"It doesn't specify what we can do and where we can go," she said.  "But it's set aside for us to go and learn and get involved."

The expenditures were brought to light by a citizen's audit committee, which also flagged other expenses that they said were questionable, either lacking in documentation or approval from council.

"[The Obama event] had nothing to do with city business at all," said former councilmember Michielle Benson.  "Public relations is supposed to make our city shine.  That is not it."

"I feel like they took my money!" said Leslie Jasperson, a Forest Hill resident who served on the committee.

Jasperson has an accounting certification and was prepared to present evidence she collected at the meeting, but that proved unnecessary following the resignations.

Both Hayes and Thomas said they are being targeted for political reasons, and they both said they will now run for city council again.  The next election will be in May.

"We don't get a salary, but we are entitled to be reimbursed for our expenses," Thomas said.  "We are not trying to hide anything."

The mayor and mayor pro tem of Forest Hill have resigned suddenly, ahead of public hearings on their alleged misuse of funds.

Mayor Lyndia Thomas and Mayor Pro Tem Beckie Hayes allegedly asked for reimbursement from the city for $545 tickets to Michelle Obama’s recent event in Dallas. A citizens committee apparently discovered that and other questionable expenses in an audit.

Hayes told Channel 8 she tendered her resignation because she did not want to leave her fate in the hands of others.

The city council is set to meet shortly, and other council members said they will continue to discuss ways to hold the officials accountable.