What some North Texans think about masks becoming mandatory

“It’s just courtesy,” said one man in Rockwall County. But another said the media has overblown the threat of COVID-19. 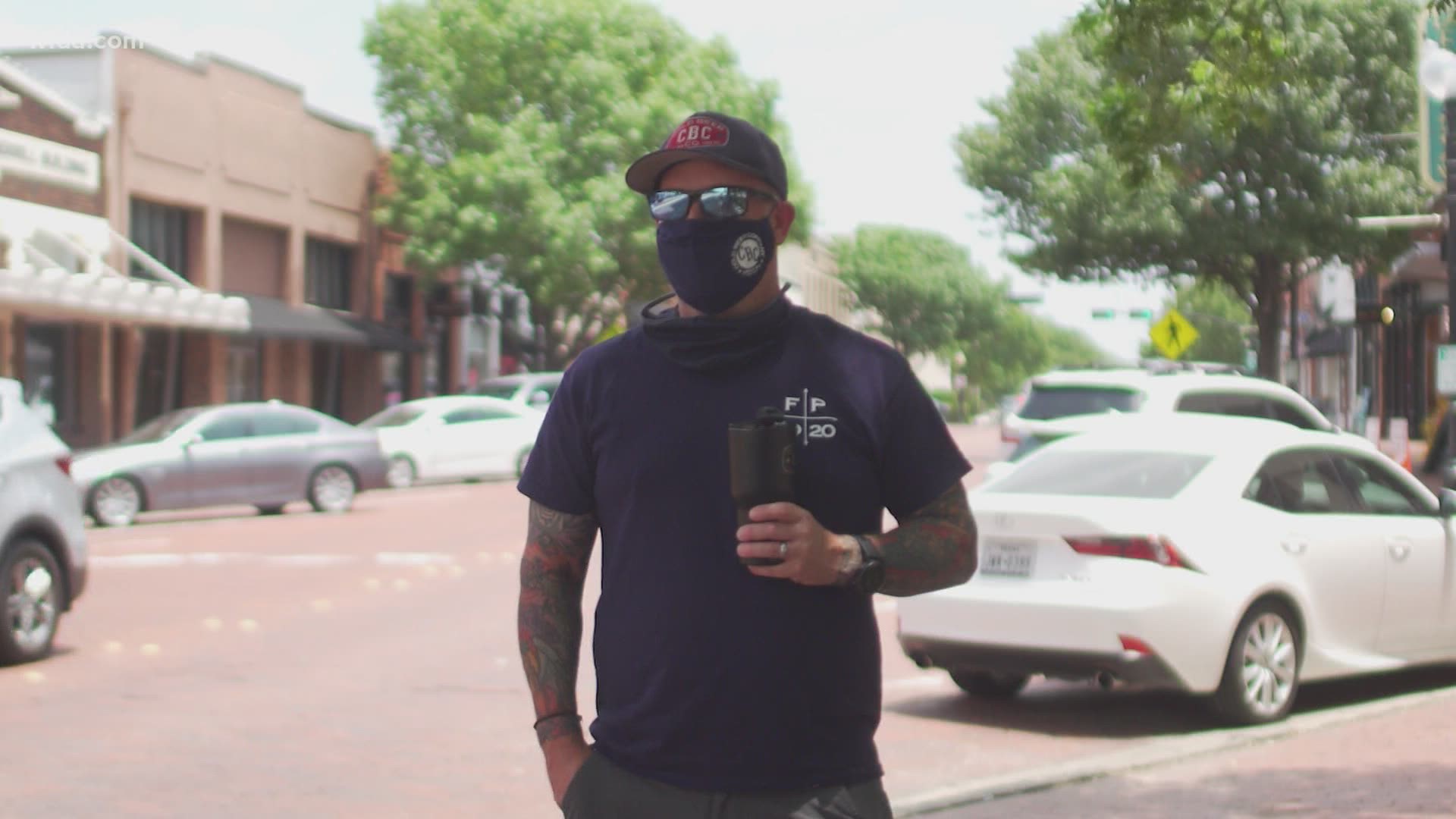 DALLAS — Masks will be mandatory across North Texas effective at noon on Friday, according to Gov. Greg Abbott.

“We are now at a point where the virus is spreading so fast there is little margin for error,” he said, issuing an urgent plea for Texans to do all they can to stop a surge in coronavirus cases all over the state.

Abbott will exempt counties with fewer than 20 cases of COVID-19, but no county in the immediate North Texas area qualifies.

The move comes as masks have become divisive, with employees at some North Texas businesses being cussed at, pushed, or spit on as they enforced their company’s mask policies.

“You don’t know if you’re carrying the disease and giving it away, so it’s just courtesy,” said Tom Paroski of Lavon. He was wearing a mask as he left dinner with his wife in downtown Rockwall.

Martha Ross of Trophy Club was walking around the town square in Waxahachie wearing a mask. She admitted it isn’t always comfortable in the Texas heat, but she believes it’s the smart thing to do.

“I know there’s controversy about whether it helps you or not, but I’m saying why not?” she said.

“We’re standing in one of the highest infected zip codes in Plano – 75074. I live in this zip code and a lot of people I know and love and care for live in this zip code, and I think it’s responsible for us to wear these masks, not just for ourselves but for others,” he said.

Austin Rupe was out on a bike ride in downtown Rockwall when he said he doesn’t know anyone who’s had COVID-19, and that’s one reason he doesn’t wear a mask.

“I don’t wear a mask when not necessary,” he said. “I think media has blasted it father than it needs to go right now.”

“I don’t feel worried,” he added. “Life really hasn’t changed for me I guess.” 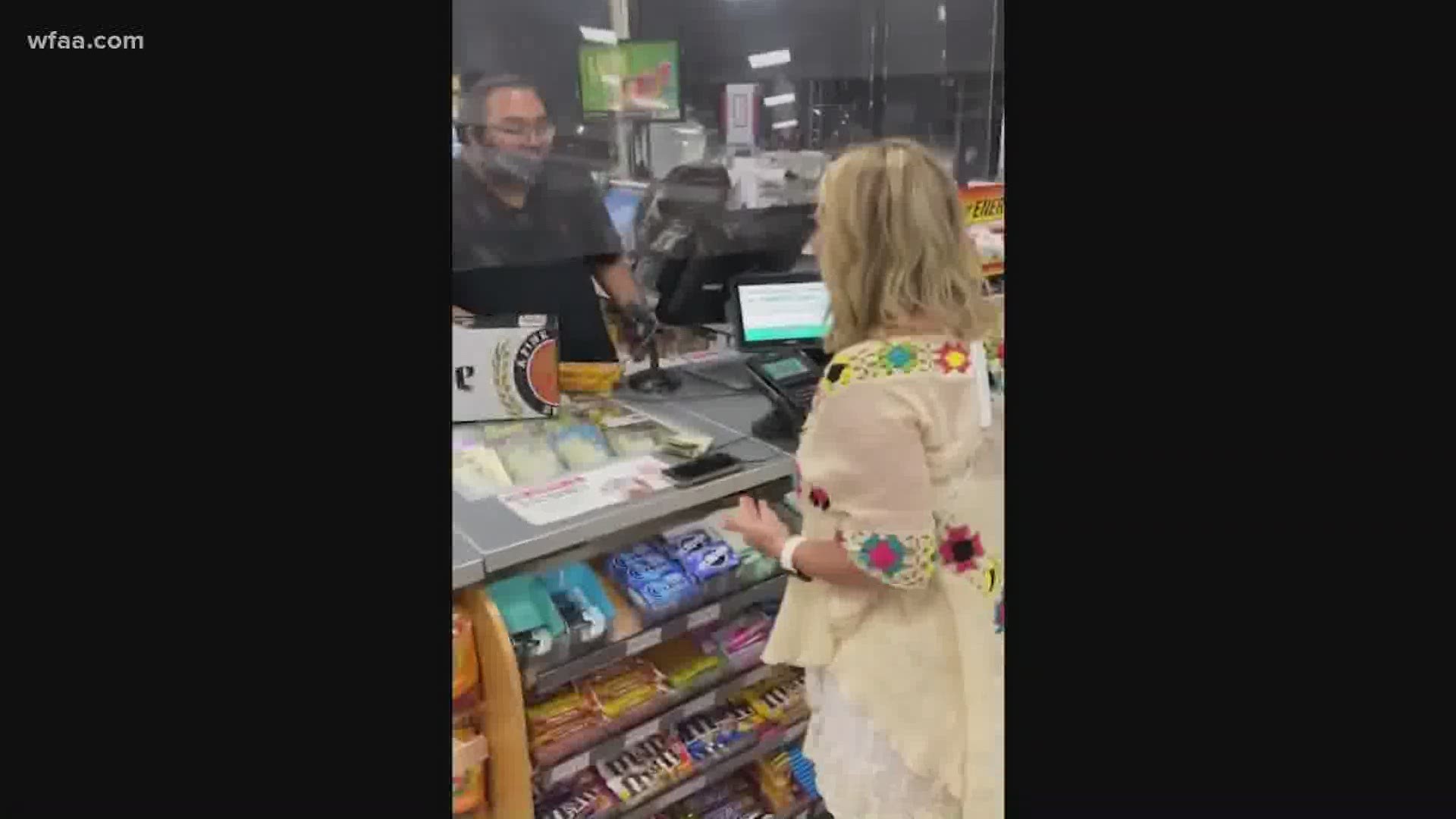