According to the Dallas County Sheriffs office, the driver of the 18-wheeler died from his injuries after being transported to Baylor of Dallas. 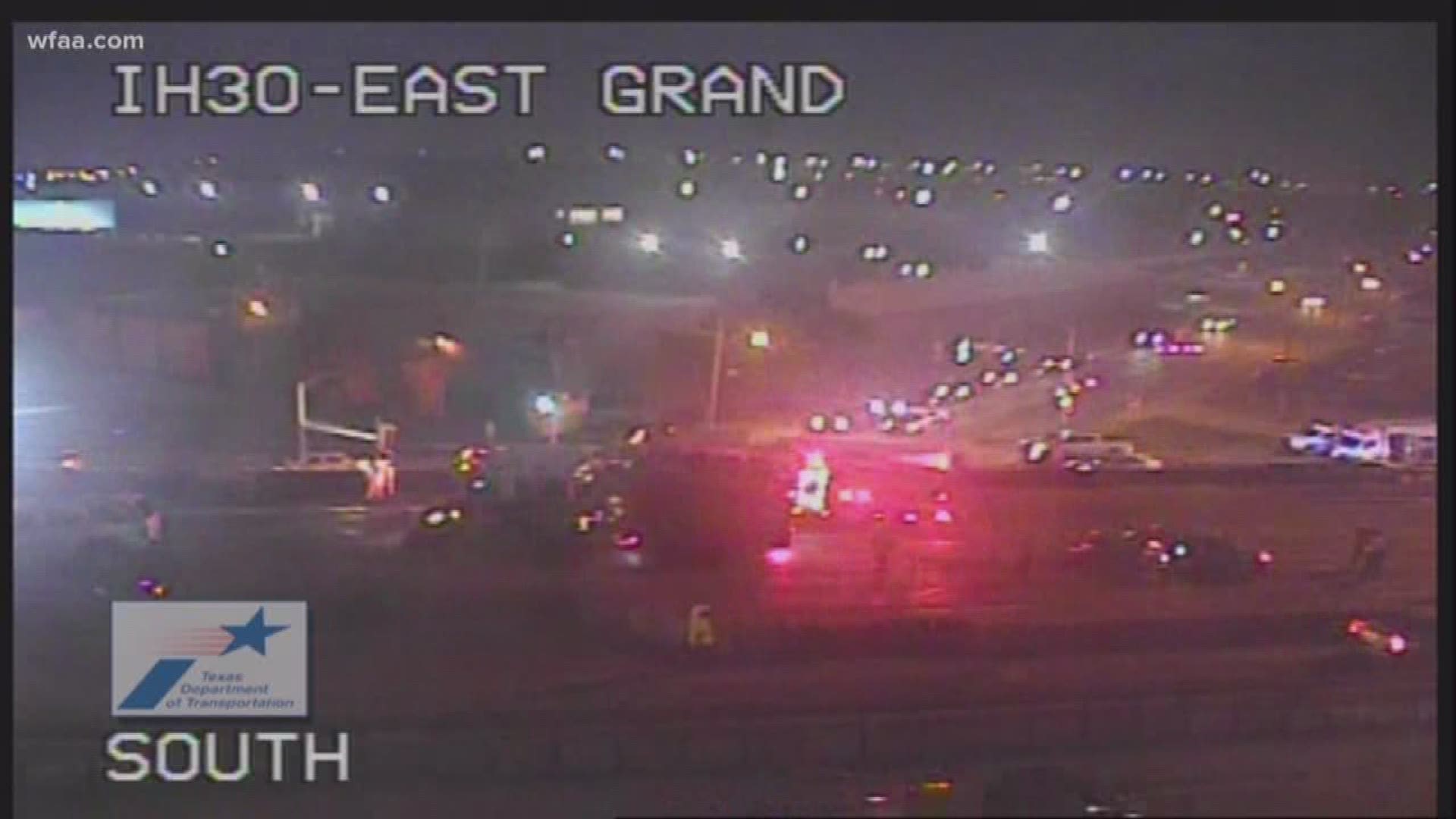 The semi-truck crashed into a guard rail after a car hit it from behind. Three other cars were involved in this incident as well.

All lanes of traffic including the HOV lane are closed.

According to the Dallas County Sheriffs office, the driver of the 18-wheeler died from his injuries. He has been identified as 46-year-old, Russell Bert Carpenter, Jr. and is from Detroit, Texas.

Occupants from one of the cars involved were also transported to Baylor of Dallas with unknown conditions.

DFR and Hazmat are on the scene of an accident on EB 30 and Winslow involving an 18-wheeler and 4 other vehicles. The truck and another vehicle caught on fire.
There’s no word yet on the condition of the drivers. @wfaa pic.twitter.com/aOH5eL0c7H

This is a developing story, check back for updates