Family speaks about daughter killed by grandmother in murder-suicide 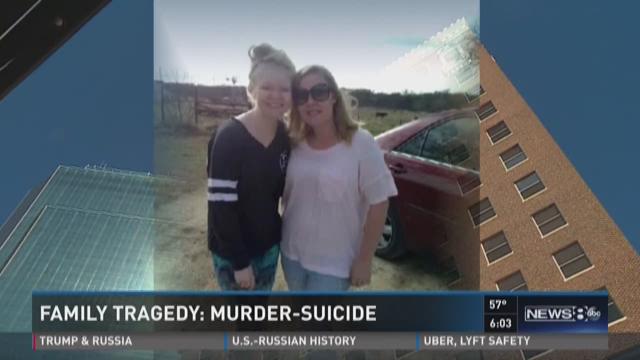 Photos of Fayth Elizabeth Norman, taken on her 15th birthday just weeks ago, show a doting older sister and a caring soul.

She was Norman's oldest daughter, though for the past 10 years or so, Fayth had lived with her grandmother and legal guardian, Candice's mother Charlott Livingston.

Still, Candice and her fiance Bill Guzman kept in touch with Fayth, especially on social media like Snapchat. They watched last weekend as Fayth posted about staying in a nice hotel with her grandmother.

"The last snap Fayth had was the view from the room of the hotel," Candice says. "I just thought, oh that’s really nice she's getting to do that. And I never, I never thought that would be it."

Police say Monday afternoon they discovered the bodies of Fayth and her grandmother inside a Hilton hotel room in downtown Fort Worth. They'd both died of apparent gunshot wounds.

Family says the two had checked into the hotel Saturday, but after failing to check out Monday, their bodies were discovered. Police say the grandmother left a note behind.

"She wanted to take Fayth’s life because she didn’t want Fayth to live the type of life she had to live," Candice says of the note, which was paraphrased to her by police.

A CPS spokeswoman could not confirm this because of confidentiality, but say they're not investigating the teenager's death. Candice says despite her concerns, she never thought something like this would happen; that in one moment, her own mother could take her Fayth away.

"I just miss her. I just don’t know what to do without her," Candice says.

If you'd like to help the family pay for funeral costs, you can donate here. A memorial for Fayth will be held on Saturday at 2 p.m. at Walnut Creek Baptist Church in Mansfield.