Fr. Patrick Koch, the former president and principal of Jesuit prep school in Dallas, was named on a list of "credibly accused" priests. 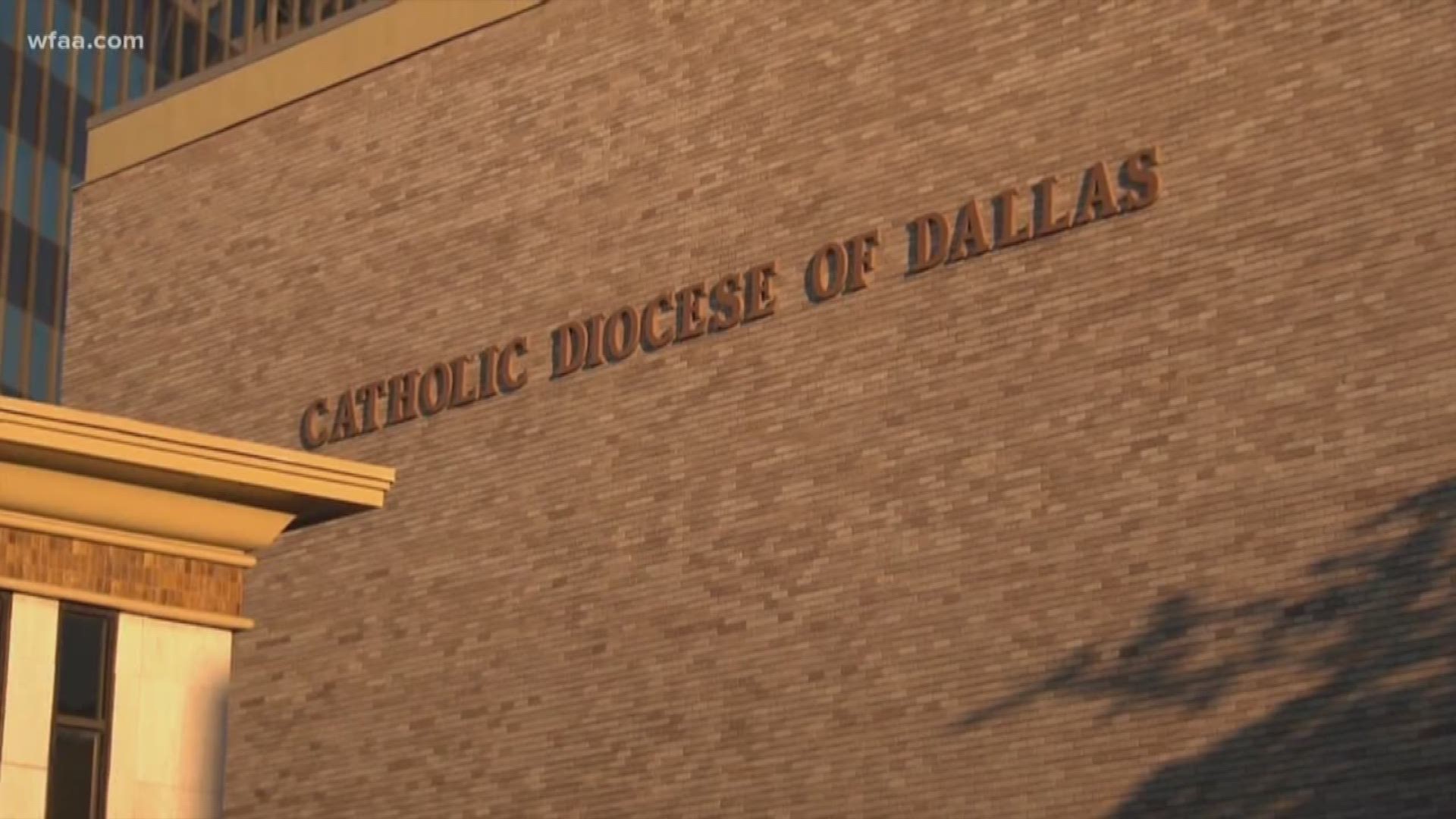 DALLAS — Attorney David Finn confirmed to WFAA that the family of Fr. Patrick Koch – a former president and principal at Jesuit prep school in Dallas – has filed a cannon law appeal to the Catholic Diocese of Dallas, the Diocese of Corpus Christi, and the Vatican over Koch being included on a list of priests credibly accused of sexual abuse.

The appeal was hand-delivered to the diocese on Monday before close of business, according to Finn.

The Koch family met with Bishop Edward Burns last Friday to discuss Koch being named on the list. Finn said that the meeting was very cordial and the family said Burns "showed remarkable and unprecedented courage" in meeting with them.

In late January, the Catholic Diocese of Dallas released names of priests "credibly accused" of sexual abuse of minors over the last seven decades. Koch, who was principal at Jesuit from 1972-1979 and president from 1979-1980, was one of 31 priests named.

Finn said the appeal was represented by more than 25 members of the Koch family across the country. The attorney also said the family has also enlisted the help of a cannon lawyer based out of Rome.

"We want to make this very clear: this is not an attack on any victims," Finn said. "We encourage any and all victims of abuse to come forward. This is about transparency to the process and fairness. My concern is whether there was due process. We don't know who said what, where, or when. The jury is still out on this. He's [Koch] not here to protect his good name."

Finn anticipated that more priests or families of priests to join this appeal.

The diocese released a statement from Burns on Tuesday afternoon:

I appreciated my meeting with the family and I respect their concern for their uncle. As you know, the process to compile this list began with an outside group of former state and federal law enforcement officers who went through all of our priest files and identified those which contained allegations of the sexual abuse of minors. The Diocesan Review Board, which includes local lay experts in law enforcement, clinical psychology, law, and medicine, then reviewed those allegations and recommended credible allegations of the sexual abuse of minors for disclosure on the list I released on January 31 to the Catholic community.